To Brexit fans, Dominic Cummings (pictured) is the genius who single-handedly won the EU referendum

Dominic Cummings’ reputation as a master political manipulator is the stuff of legend at Westminster.

To Brexit fans, he is the genius who single-handedly won the EU referendum. Foes don’t deny he is a genius, but insert an adjective in front: evil.

It is water off a duck’s back to foul-mouthed, scraggy-haired, gap-toothed, buccaneering, Right wing, mad professor ‘Dom’, as he is universally known.

On referendum night in June 2016, he celebrated in suitably wild style by leaping on to a table at the Vote Leave London HQ and smashing his fist through the ceiling as he addressed adoring Brexit staff.

Mr Cummings’ Svengali-like ability to use the internet to woo voters to leave the EU is said to be one of the main reasons the Brexiteers won.

He claims he unlocked the key to using the web with the help of ‘three astrophysicists from the West Coast of America’ – though he has never identified them.

Mr Cummings’ feared reputation as a practitioner of the political dark arts led to David Cameron’s No 10 press chief Andy Coulson banning Mr Gove from employing him as a special adviser when he became Education Secretary in 2010.

A year later, when the ex-News of the World editor was forced to quit over the hacking scandal, Mr Gove immediately recruited Mr Cummings.

He proceeded to wage a behind-the-scenes, one-man war on Mr Cameron, whom he despised, describing him as ‘a sphinx without a riddle – he bumbles from one shambles to another without the slightest sense of purpose’. 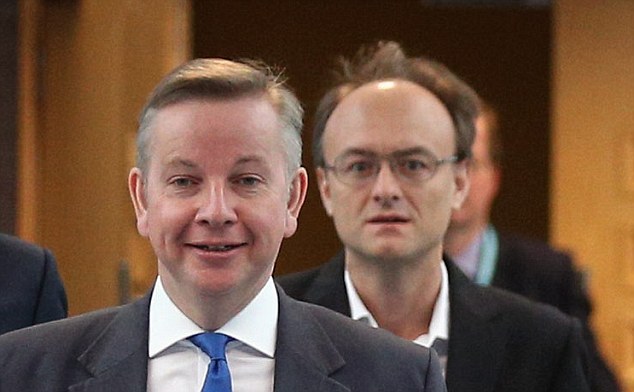 The feeling was mutual: Mr Cameron called Mr Cummings, 46, a ‘career sociopath’. But for all the insults, Mr Cummings earned the respect of many MPs and pundits.

He was one of the first to warn of the scandal involving the Kids Company charity. And he coined the term the ‘blob’ to describe the Left wing education establishment blamed by Mr Gove for blocking school reforms, one of Mr Cummings’ great passions.

On leaving Oxford in 1994, Mr Cummings spent three years on a failed attempt to set up a Russian airline.

Learning to speak Russian has merely fuelled rumours, totally unsubstantiated, that he could be linked to Russian attempts to meddle in the Brexit vote. 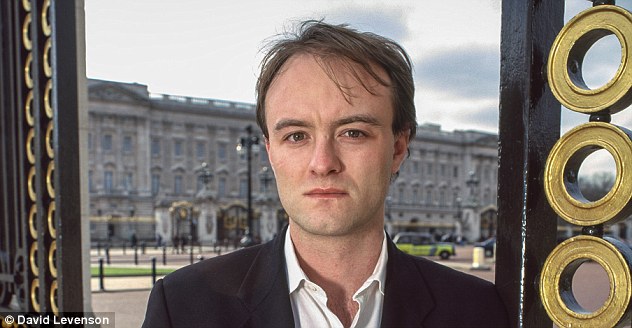 Last night Cummings dismissed his accusers, telling The Mail on Sunday: ‘They haven’t laid a glove on us and they won’t’

Since the referendum, he has spent most of his time at home with wife, Mary Wakefield – deputy editor of the Brexit-supporting Spectator magazine and daughter of Sir Humphry Wakefield of Chillingham Castle in Northumberland – and their son.

They met when Mr Cummings was put in charge of the magazine’s web operations. Within weeks he caused uproar by loading inflammatory anti-Muslim cartoons on to the site.

Last night Cummings dismissed his accusers, telling The Mail on Sunday: ‘They haven’t laid a glove on us and they won’t.’

Your guide to how the political scandal unfolded

Q How did this scandal start?

A The row blew up when it was disclosed last week that British firm Cambridge Analytica (CA) obtained the personal information of tens of millions of Facebook users without their knowledge. Whistleblower Christopher Wylie, the company’s ex-director of research, revealed how a personality quiz app gave it access to users’ private data and that of their friends.

Q Who is Alexander Nix?

A He was the CA chief executive who used the Facebook data to help Trump win the US election. Nix was suspended as CA chief executive after an undercover film showed him boasting CA could entrap election candidates with Ukrainian sex workers and use ex-spies to smear them.

Q How does it involve Facebook boss Mark Zuckerberg?

A He has been summoned to explain how CA ‘harvested’ Facebook users’ profiles. The scandal has led to a dramatic plunge in Facebook’s share price, wiping over £5 billion off Zuckerberg’s personal fortune.

Q Why does this affect Brexit?

A Whistleblower Shahmir Sanni, who worked on the Vote Leave campaign led by Boris Johnson and Michael Gove, says Vote Leave broke the law by getting round the referendum spending cap. He says they set up a bogus group BeLeave, run by Darren Grimes, to spend an extra £625,000 on digital ads.

Q Why is there a ‘gay outing row?’

A Mr Sanni claimed Theresa May’s No 10 political secretary Stephen Parkinson, who worked on the Vote Leave campaign, was involved in this ‘scam’. Mr Parkinson denied any wrongdoing and hit back on Friday by revealing he and Mr Sanni had an affair.

Q What happened next?

A A furious Mr Sanni said it was outrageous for Mr Parkinson to ‘out’ him, not least because he had not ‘come out’ to family and friends. He said it had put his family in danger in Pakistan, where homosexuality is illegal.

Q Could this affect the referendum result?

A No. But the two main Brexit organisations, the Vote Leave campaign, and Nigel Farage’s Leave.EU are facing two inquiries from the Electoral Commission which is in charge of election spending and the Information Commissioner, who is responsible for policing internet campaigns.