Dating coach Louanne Ward: This is the problem with almost all relationships

Dating coach: This is the one problem with almost all relationships – and how to get over it

A dating coach has called out men and women who can’t ‘deal with any kind of disappointment in a relationship’ claiming they live in a fantasy land.

Relationship expert Louanne Ward told her followers it is unrealistic to expect your partner will never let you down.

‘If you are in a relationship and you trust the other person is never going to let you down, that they are never going to disappoint you… that is a fantasy,’ she said.

And when they do instead of reacting critically immediately you should instead take a moment to work out if it was a deliberate act or honest mistake.

‘Before you crucify them, criticise them or complain you should ask yourself if they did something wrong,’ she said.

She finished the sobering video by reminding her followers that nobody will be able to fulfil every expectation, all of the time.

Louanne recently revealed how to tell if a man is interested in a serious relationship or is just messing around.

If you want an honest answer, the dating expert said you should ask ‘if you were me, what would you do if you were looking for something serious?’ 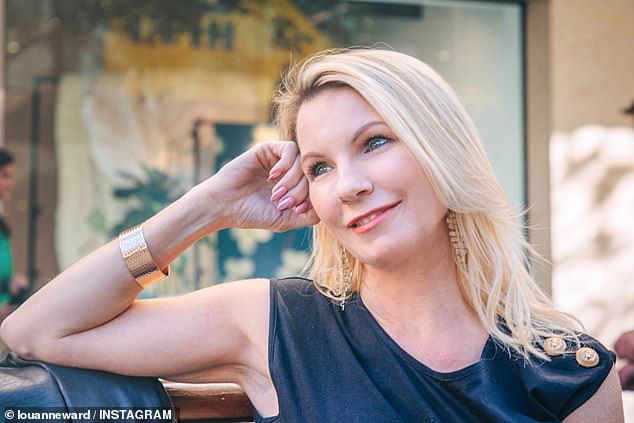 ‘Before you crucify them, criticise them or complain you should ask yourself if they did something wrong,’ she said

‘Depending on the answer that the guy gives you, you will have all the answers you need to know,’ Louanne said.

Meanwhile, if she says ‘I think you should keep looking around because I am not looking for something serious’, you’ll know he just sees your relationship as fun.