This is the VERY common five-word sentence keeping women single: ‘Men automatically lose interest when they hear it’

A leading dating expert and matchmaker has revealed the five words single women should stop saying if they want to pursue a relationship.

Louanne Ward, from Perth, Western Australia, shared a video online explaining why women should avoid the sentence: ‘I don’t need a man’.

‘Every time you say “I don’t need a man”, what you’re doing is you’re putting out there exactly what you’re attracting back,’ she said.

Louanne Ward, from Perth, Western Australia, (pictured) shared a video online explaining why women should avoid the sentence: ‘I don’t need a man’

Ms Ward said when most men hear these words, they ‘automatically begin to lose interest’.

The statement is usually common among women who are independent, confident and successful.

‘It’s true, you don’t need a man; You earn your own money, you can support yourself, you’ve got your own life, you’re happy,’ Ms Ward said in the video.

‘You might not need a man, but you actually need all the things a man can give you – the affection, the support, the love, the laughter, the sex, the caring.’

Ms Ward dubbed the statement as a ‘ridiculous thing to say’ as there’s ‘no shame’ in needing a man to fulfill your needs.

‘You do need him for all the things he can give you,’ she said.

‘Start being brave enough to say: “Actually I do need a man for all of the things that I can’t give myself”.

‘There’s no shame in having a need, which is very different than being needy.’ 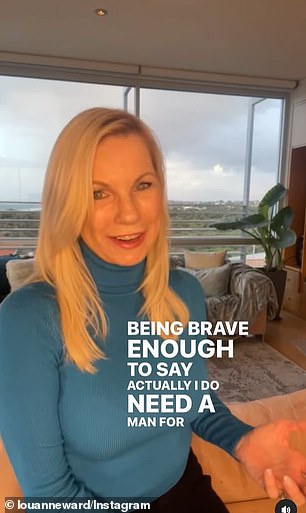 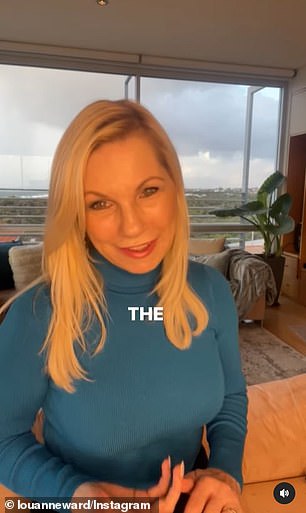 ‘You might not need a man, but you actually need all the things a man can give you – the affection, the support, the love, the laughter, the sex, the caring,’ Ms Ward said

The video received a flood of attention online and many agreed with Louanne’s advice.

‘Very well said,’ one person wrote, another added: ‘Yes it’s the same for the other sex as well. We need all the same things.’

‘You actually need masculine energy from a man as well,’ a third added.

1. Taking one hour to put make-up on to go for Sunday breakfast

3. Too much eagerness texting too frequently

4. Being over-sensitive and crying as a strategy

5. Saying ‘You could be an axe murderer or a rapist, for all I know’

1. Bitching about an ex or other women

2. Constantly talking about yourself without asking questions

3. Setting up a date via a text message

4. Telling women it’s easier for them than it is for a man

5. Not making an equal effort in presentation