The daughter of Angola’s ex-president became Africa’s richest woman after allegedly syphoning hundreds of millions of pounds of public money into offshore accounts.

Isabel dos Santos, who was educated in Kent and London, is said to have got access to deals involving diamonds, oil and telecoms when her father was president.

The claims come one month after Angola’s prosecutors froze the bank accounts and assets owned by Ms dos Santos, 46, and her Congolese husband Sindika Dokolo, 47.

Isabel Dos Santos, 46, with her Congolese husband Sindika Dokolo, 47, in Cannes in May 2014 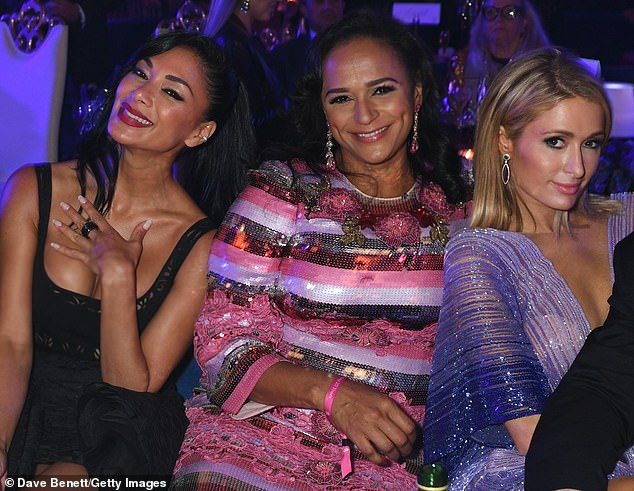 Isabel dos Santos, pictured between Nicole Sherzinger and Paris Hilton in Cannes in May 2018 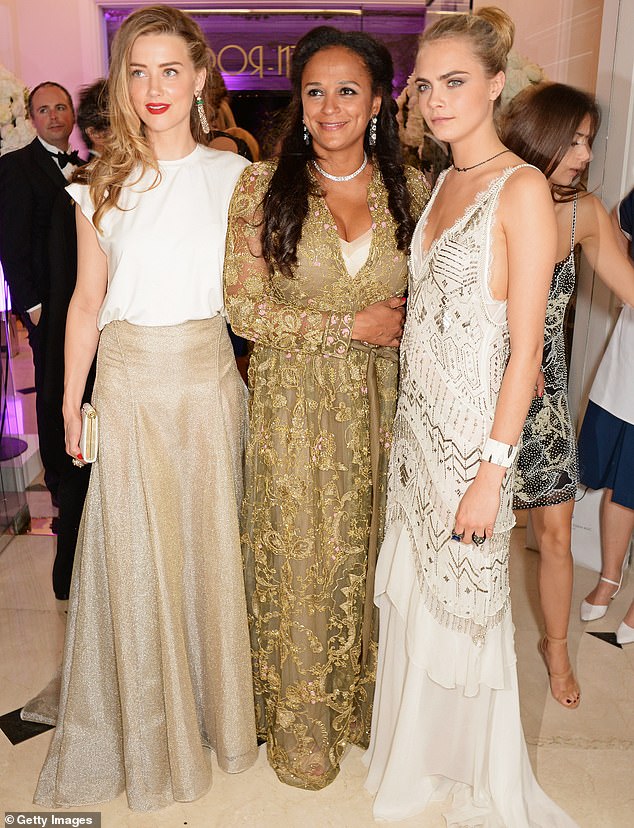 The couple allegedly steered payments of more than $1billion (£800,000) from state companies Sonangol and Sodiam to firms in which they held stakes.

One example cited by BBC News claimed that as she left Sonangol, she approved $58million (£45million) of payments to Dubai consultants Matter Business Solutions.

She claimed no financial interest in Matter, but among the 700,000 leaked papers are documents showing it was run by her business manager and owned by a friend.

However, the King’s College graduate has denied wrongdoing, saying her fortune is ‘built on my character, my intelligence, education, capacity for work, perseverance’.

Ms dos Santos, who owns a £13million home in Kensington, West London, has 190,000 Instagram followers and is regularly photographed with celebrities. 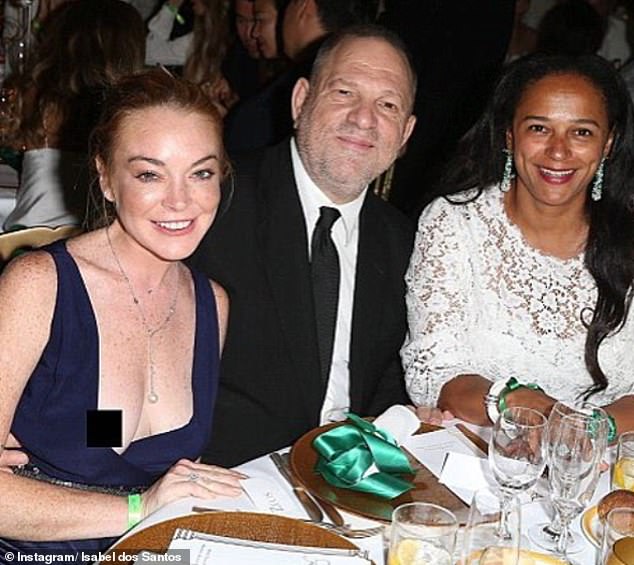 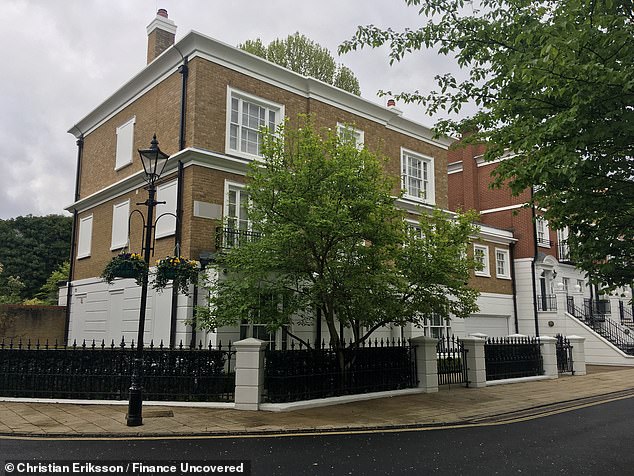 Ms dos Santos has a £13million home in Kensington, West London, and went to King’s College 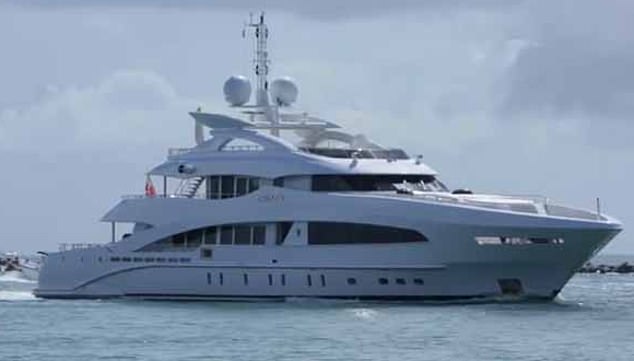 Among the stars she has been seen with are Lindsay Lohan, Rita Ora, Nicole Scherzinger, Paris Hilton, Amber Heard, Cara Delevingne and Harvey Weinstein.

The claims will be aired in a Panorama investigation on BBC One at 8.30pm tonight, following a probe by the International Consortium of Investigative Journalists.

The New York-based group revealed the ‘Panama Papers’ tax haven scandal in 2016, and its latest series zeroing in on Ms dos Santos is called ‘Luanda Leaks’.

A team of 120 reporters in 20 countries looked into Ms dos Santos, the daughter of former president Jose Eduardo dos Santos, who served from 1979 to 2017. 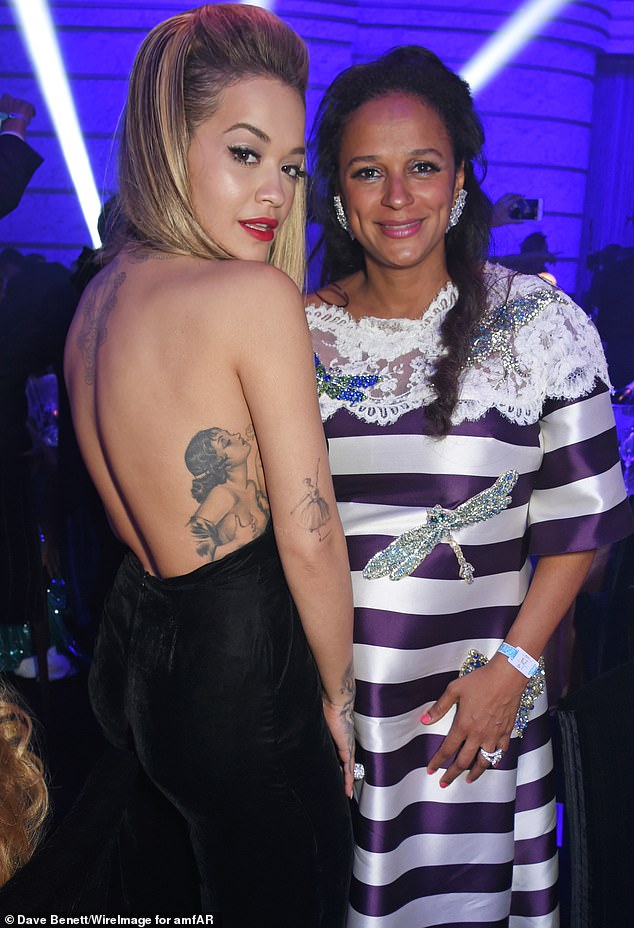 Ms dos Santos has posed with a host of celebrities, including Rita Ora in Cannes in May 2017 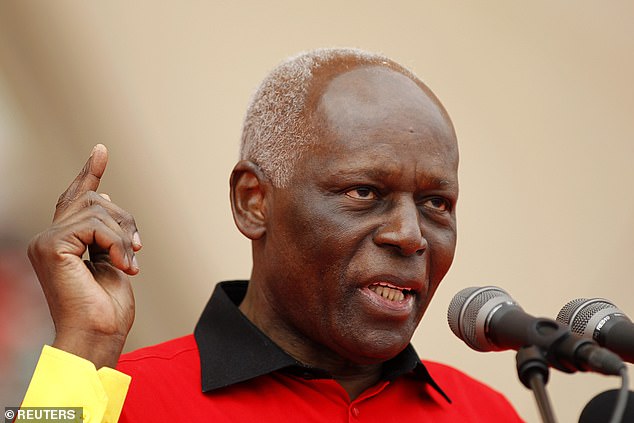 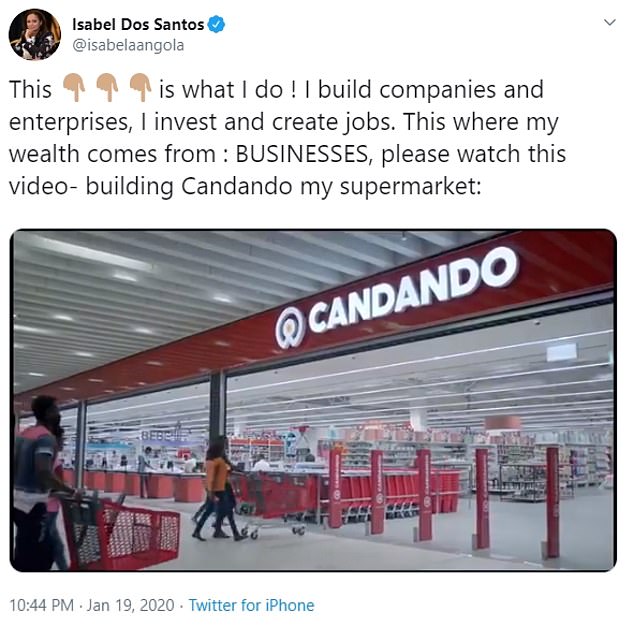 But Ms dos Santos took to Twitter to refute the claims, launching a barrage of around 30 tweets in Portuguese and English, and accusing journalists of telling ‘lies’

The ICIJ team said it found a ‘broken international regulatory system that allows professional services firms to serve the powerful with almost no questions asked’.

But Ms dos Santos took to Twitter to refute the claims, launching a barrage of around 30 tweets in Portuguese and English, and accusing journalists of telling ‘lies’.

‘My fortune is built on my character, my intelligence, education, capacity for work, perseverance,’ she wrote.

She also blasted ‘the racism and prejudice’ of SIC-Expresso, a Portuguese TV station and newspaper, and member of the ICIJ, ‘that recall the colonial era when an African could never be considered equal to a European’. 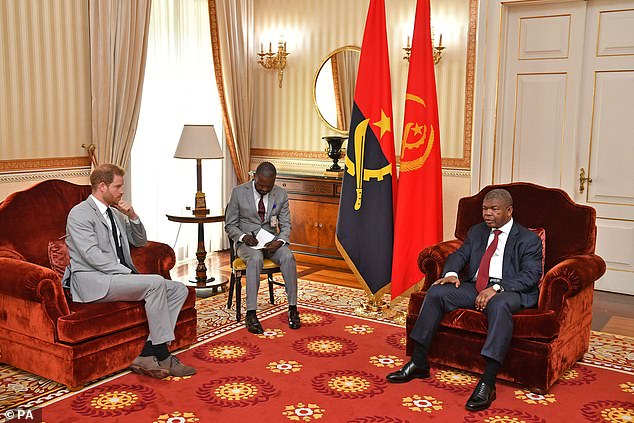 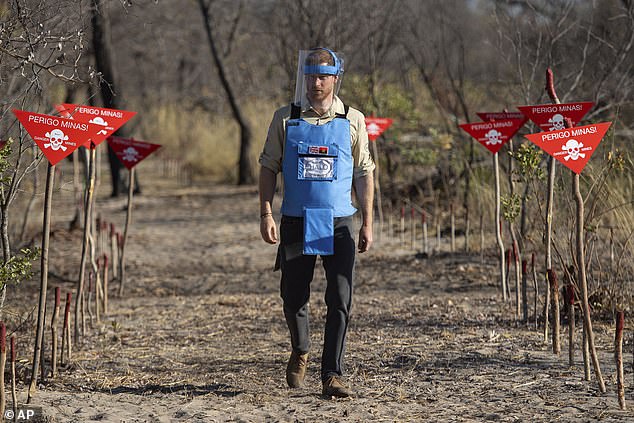 Harry walks through a minefield in Dirico, Angola, during a visit to the country last September 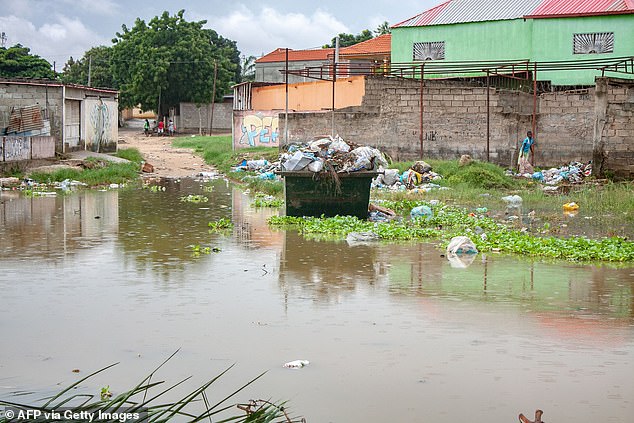 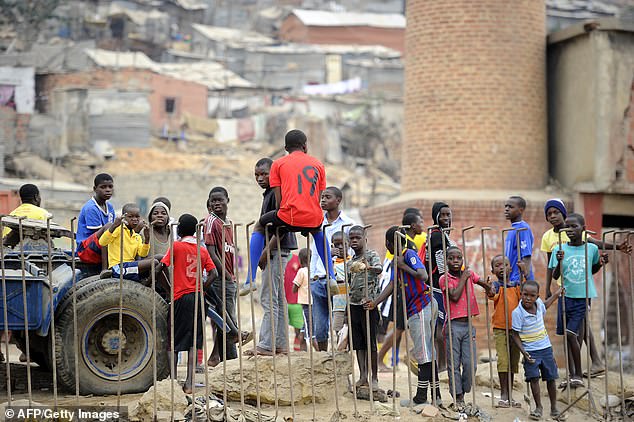 Top positions were awarded to his cronies and wealth accumulated in the hands of a select few during this time.

His time in charge was also widely associated with authoritarianism, corruption and nepotism.

He left a legacy of poverty and nepotism after stepping down in 2017 from the top job in a country still recovering from a 1975-2002 civil war.

Last month, prosecutors froze the bank accounts and holdings owned by his daughter Isabel and her husband.

But Mr dos Santos’s children claim they have been unfairly targeted by an anti-graft campaign by their father’s successor President Joao Lourenco.

His son Jose Filomeno went on trial last month for allegedly embezzling $500million (£385million) from Angola’s sovereign fund, which he oversaw from 2013 to 2018. Nicknamed ‘Zenu’, he faces up to 12 years in jail if found guilty.

Meanwhile, Zenu’s half-sister Welwitschia was suspended from Angola’s parliament in October for absenteeism and ‘unjust enrichment’.

Ms dos Santos herself told BBC Africa the file dump was part of a ‘witch hunt’ meant to discredit her and her father.

‘Regulators around the globe have virtually ignored the key role Western professionals play in maintaining an offshore industry that drives money laundering and drains trillions from public coffers,’ the report said.

One confidential document allegedly drafted by consultants in September 2015 outlined a complex scheme for the oil company to move its money offshore.

The businesswoman is often called ‘The Princess’ by Angolans, while an investigation by Forbes in 2013 tagged her ‘the richest woman in Africa.’

Her father’s successor Joao Lourenco forced her out of the oil company after becoming president in 2017.

Ms dos Santos said on Wednesday that she would consider running for president in the next election in 2022.

Panorama: ‘The Corrupt Billionaire’ will air on BBC One at 8.30pm tonight