The eldest daughter of the Tamil asylum seekers being held alone on Christmas Island is due to start pre-school in the company of armed guards, according to a friend of the family.

Nadesalingam and Priya Murugappan, as well as their Australian-born daughters Kopika, four, and Tharunicaa, two, were moved to Christmas Island in August following last-minute injunctions that prevented their deportation to Sri Lanka.

The Tamil family are the only people being held on Christmas Island, as they wait for a court to determine whether Tharunicaa is owed protection by the Australian government. Her parents and sibling have already been denied refugee status.

If Tharunicaa is found to be owed protection and granted a visa, the government has no power to remove her and her family from Australia.

A Senate estimates hearing in October last year found that the government was spending $20,000 a day to keep the family on Christmas Island.

Now a family friend has revealed Kopika is due to start school next Monday surrounded by armed guards – and only one of her parents will be allowed to accompany her on the big day. 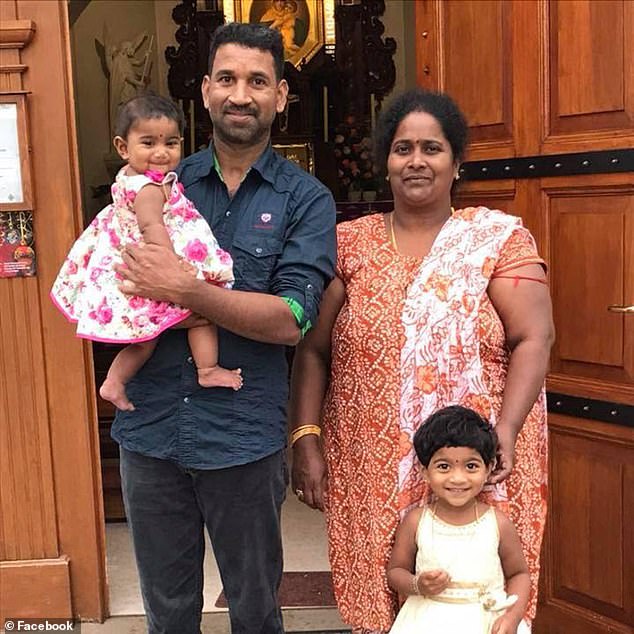 Nadesalingam and Priya Murugappan, and their Australian-born daughters Kopika, four, and Tharunicaa, two, were moved to Christmas Island in August

A friend of the family, Angela Fredericks, told The Gladstone Observer the four-year-old was ‘very excited’ about starting school.

But to get there she will be accompanied by guards, with only one parent allowed at drop-off.

‘I know Priya is starting to feel some fear, while at the same time she is really excited to see her little girl start at a safe school,’ she said.

Kopika’s father, Nades, will be with her and the guards next Monday as authorities have only allowed one parent to attend the school.

Ms Fredericks said not being able to live in the regional Queensland community the family has called home for several years has been heartbreaking.

‘I think that’s what hurts us so much, that the girls have been taken away from all of that,’ she said.

Ms Fredericks said the family have been suffering since they have been on Christmas Island, with Kopika having an allergic reaction to mosquitoes.

‘Her whole body was breaking out in welts,’ she said.

The family is facing deportation and awaiting Federal Court dates on February 21 and 25, hoping Tharunicaa will be able to apply for a protection visa. 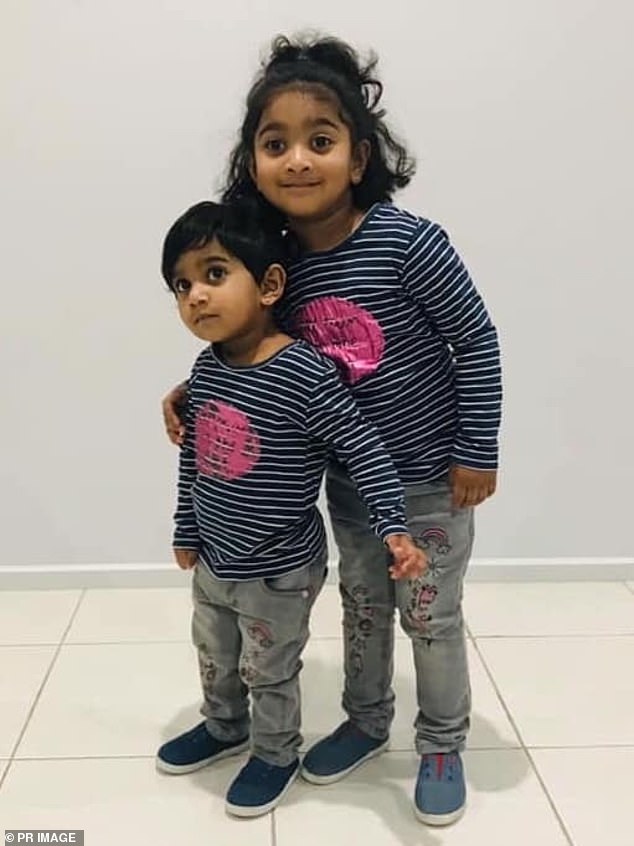 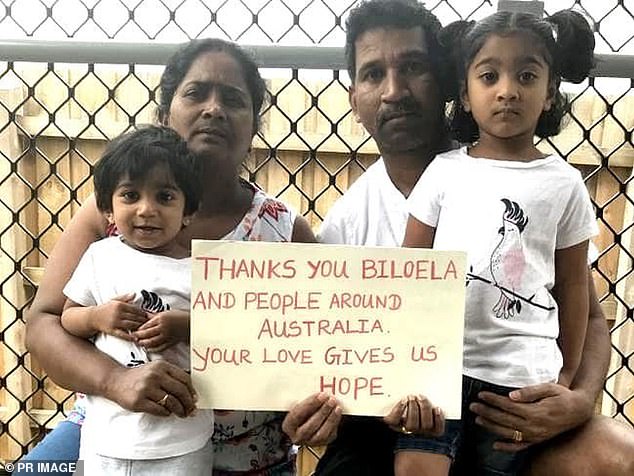 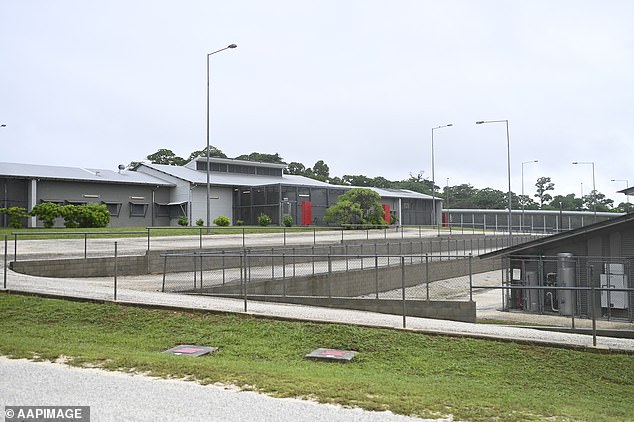 The Tamil family will remain in legal limbo on Christmas Island (pictured) for the foreseeable future, with their deportation case now hinging on an upcoming court battle

In March 2018, immigration officials went to the family’s home in Biloela, central Queensland, and took them to the Melbourne centre.

In late August the family were in the process of being deported when a Federal Court judge granted a last-minute injunction forcing a plane en-route to Sri Lanka to land in Darwin.

The family was moved from Darwin to Christmas Island and subsequent injunctions meant the family has remained there.

Nadesalingam and Priya arrived in Australia from Sri Lanka separately by boat in 2012 and 2013. Their two daughters were born in Australia.

The family, whose case rests on their Australia-born two-year-old daughter and her right to apply for a protection visa, cannot be deported by the Australian government until the matter is decided through the court system.

The rest of the family members have had their claims for refugee status rejected.

Australia’s immigration laws preclude boat arrivals from applying for refugee status while on Australian soil, to discourage people from taking the life-threatening journey in boats organized by people smugglers.

Family lawyer Carina Ford in December said it is important for Australians to remember the family are the only people being held on Christmas Island. 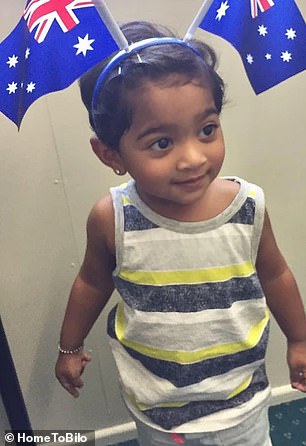 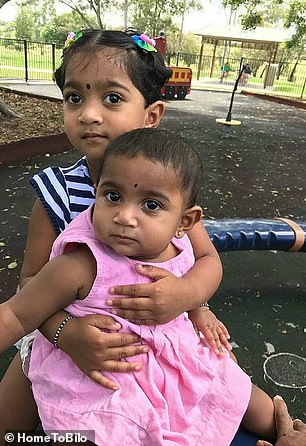 The family had settled in the Queensland township of Biloela before being taken into detention, with Tharunicaa’s (pictured front right) parents and sister (pictured left and back right) already refused refugee status in Australia

‘The frustrating part is, in most cases when you’re running litigation in Australia you are not required to remain in detention, you live in the community, you contribute to the community, as they were doing before,’ Ms Ford said at the time.

‘Why can’t they be in the community while this is going on? There’s really no logical reason that they can’t be.’

Home Affairs Minister Peter Dutton has been adamant the family will be leaving Australia.

He expressed his frustration that the case was dragging on, labelling it ‘infuriating’, particularly due to the costs to Australian taxpayers.

While protests have rallied behind the family, Dutton had accused the family of dragging their children through the legal system and using them as ‘anchor babies’ to try to gain visas via the back door.

Prime Minister Scott Morrison backed Mr Dutton’s position, warning that making an exception to immigration law for one family would trigger a wave of boats of illegal migrants hoping for the same. 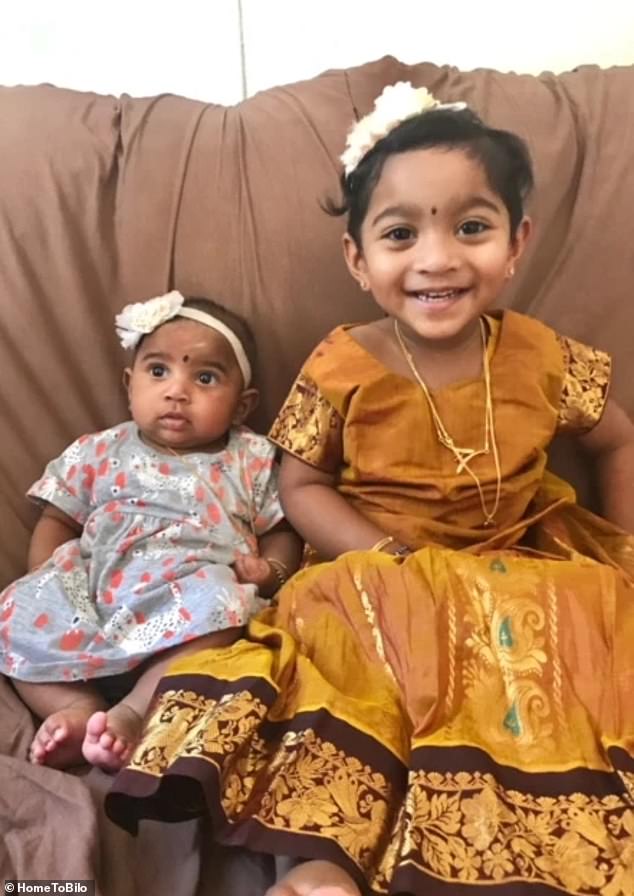