A daughter has revealed her family’s life on the run from the FBI and Scotland Yard over drug smuggling charges against her dad.

Tyler Wetherall, 34, writes about how her family had lived in 13 houses and five countries by the time she was nine in her new memoir No Way Home, due out April 3.

Wetherall was born in 1983 in San Francisco to a British model mother and Benjamin Glaser, who’d go on to be charged as one of the kingpins of a drug cartel that, among other offenses, had smuggled 30 tons of Thai marijuana into the US in the early 80s.

‘It was the era of Ronald Reagan’s war on drugs,’ Wetherall told the New York Post in an interview promoting the memoir. ‘If you were caught, the sentences were draconian.’

Tyler Wetherall, 34, writes about how her family had lived in 13 houses and five countries by the time she was nine in her new memoir No Way Home , due out April 3

Growing up with her sister Caitlin, two years older, Wetherall had no idea about her father’s criminal connections. She just knew that they moved all the time.

‘We never questioned any of the moves, but I hated each one,’ said Wetherall, who lives in Brooklyn.

In June 1985, the FBI was closing in on the smuggling operation, and the family fled to Rome. 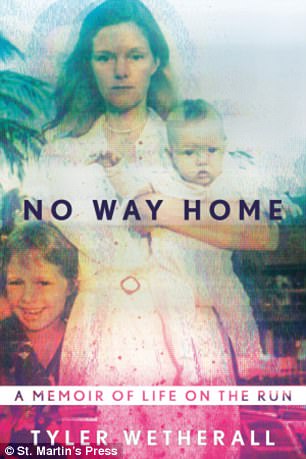 The new memoir is due out on April 3

From there, they moved to Portugal, and then the south of France, where fellow fugitives among their neighbors included exiled Haitian dictator ‘Papa Doc’ Duvalier and Saudi arms dealer Adnan Khashoggi.

‘[They] would exchange information on how to get by, how to get your kid into school under a fake name and how to spend money [that had been obtained illegally],’ Wetherall said.

Wetherall’s mother soon insisted that they return to her native UK, however. In 1987 the couple divorced.

As Wetherall and her mom and sister got on with life in Bradford on Avon, Glaser went on the lam. Sometimes they’d spend weekends and holidays with him in London or the French Alps.

Through it all, Wetherall never realized her father’s criminal connections.

Then in 1993, when she was 9, inspectors from Scotland Yard showed up at her home and confiscated all of the family’s papers and photographs – even Wetherall’s schoolgirl diary.

Glaser was already on the run though, and a tip about the raid sent him fleeing from England on a fake passport. A week later, Wetherall’s mom sat the girls down and explained that they wouldn’t be able to visit him anymore.

‘You are not going to be able to see Dad for a while,’ she began, according to Wetherall. ‘He had to leave the country for legal reasons — something he needs to explain to you himself.’ 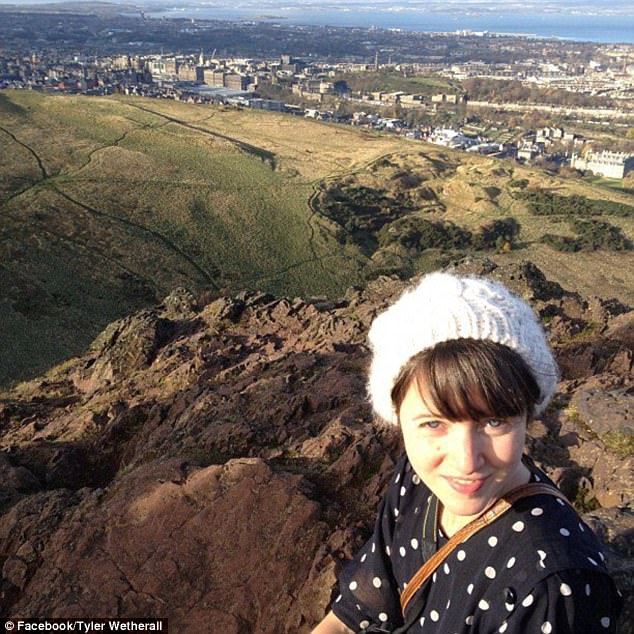 Over the next few years, the only contact they had with Glaser was through letters and brief phone calls- never enough for the authorities to track him.

Then in October 1995, Scotland Yard and the FBI received a tip that Wetherall and her sister were visiting their dad in St. Lucia, where he was working as a hotel manager.

Glaser slipped away again, but four months later he returned to St. Lucia and was nabbed by authorities.

‘A lot of men in his position would have left their families, but Dad still wanted to be a big part of our lives,’ said Wetherall. ‘It was [a] testimony to what an amazing father he was — despite some of his reckless decisions.’

Glaser was convicted an sentenced to 10 years in prison, later reduced to five years and ten months. He is now free and an investment advisor living in northern California.

Wetherall says that she has been angry at her dad for all he put the family though, but has learned to forgive him.

‘I have huge admiration for my dad,’ she said. ‘He is a true adventurer.’