Harmony Tucker died after being sent home from City Hospital in Birmingham. She should have had a chest x-ray, it was later found

A daughter has won a £50,000 payout from the NHS after witnessing the horrific death of her mother.

Shawna Gordon was left scarred for life by watching her mother dying in agony after being wrongly sent home from hospital.

Harmony Tucker, 37, had been admitted suffering from severe tiredness and breathlessness.

She was diagnosed with thyrotoxicosis – a life-threatening condition that can cause heart problems and death if left untreated.

But doctors failed to carry out vital tests including a chest x-ray that would have shown she was critically ill and twice sent her home where she later collapsed and died.

Miss Gordon, now 26, and her grandmother, Yvonne Gordon, sued the hospital for the psychological damage and trauma they suffered as a result of witnessing the death.

The hospital agreed to pay £50,000 in an out-of-court settlement but has not admitted liability for the psychological damage.

In addition, the hospital has paid them an undisclosed five-figure sum in respect of its negligence in the treatment of Mrs Tucker.

Miss Gordon, a sports physiotherapist, said: ‘It was an horrific experience and it scarred us both. Mum was in a dreadful state. Grandma and I couldn’t believe she’d been discharged given how unwell she was.

‘When she started coughing we were totally traumatised. We tried to help her but we knew instinctively she was dying. Then the blood started frothing from Mum’s eyes and nose as well as her mouth. All we could do was watch.

‘Grandma was cradling Mum’s head in her hands and watching the daughter she’d given birth to die in front of her. I will never forget it.’ Mrs Tucker, a mental health nurse, was treated at City Hospital in Birmingham in June 2012. Miss Gordon, who was 20 at the time and had just returned home to Aston, Birmingham, after completing her first year at university, said she will never forget the horrific events.

Law firm Leigh Day brought the claim on behalf of Miss Gordon and her grandmother. 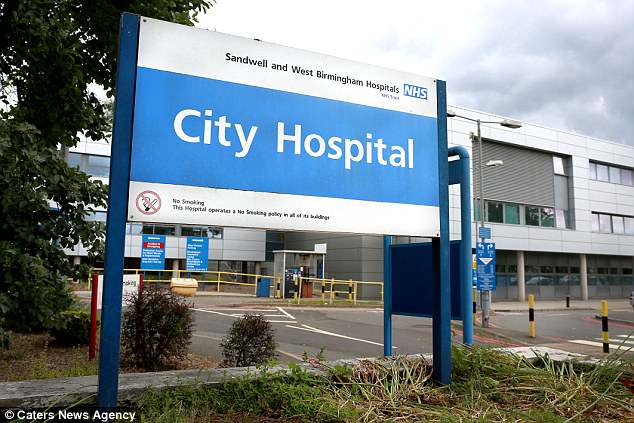 Staff at City Hospital failed to carry out the necessary tests on Harmony Tucker. She died after being sent home 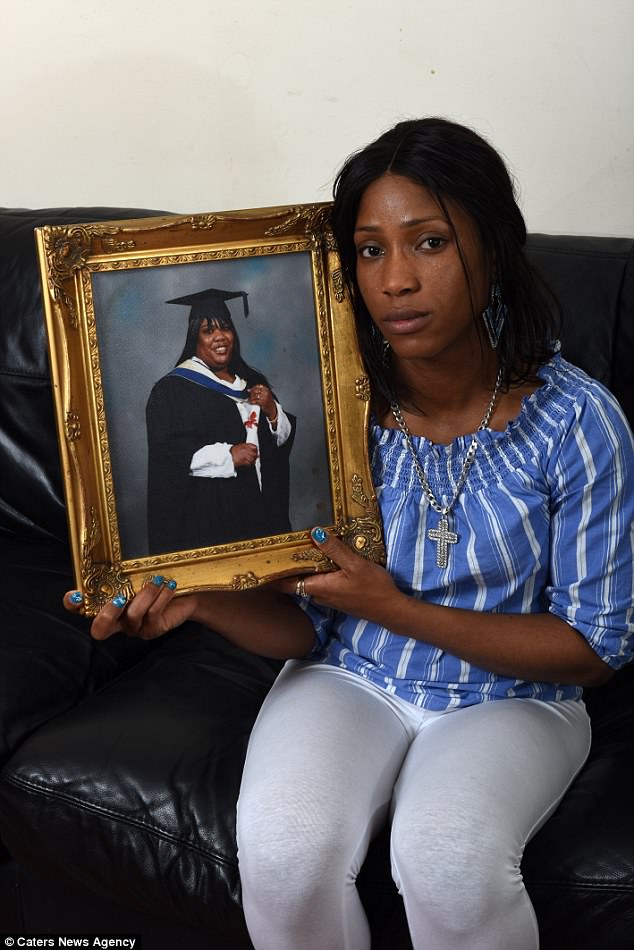 Shawna Gordon whose mother Harmony Tucker died after an NHS blunder resulting in her being sent home has been awarded a £50,000 PTSD payout

Solicitor Suzanne White said: ‘Clearly no amount of money can ever truly compensate for Miss Gordon and Yvonne’s loss, nor the horrific ordeal they had to endure as a result of the hospital’s admitted negligence.

‘Whilst settlement has been reached, it is shameful that the Sandwell and West Birmingham Hospitals NHS Trust has not admitted liability for the psychiatric damage suffered.’

Chief nurse Paula Gardner, speaking for the Trust, said: ‘We are very sorry about the death of Harmony Tucker, and the loss suffered by her family and friends.’