The daughters of murdered Saudi journalist Jamal Khashoggi have paid tribute to their father in a poignant farewell letter where they vow that ‘his light will never fade’.

Noha Khashoggi and Razan Jamal Khashoggi said that their father loved Saudi Arabia and was not a dissident, adding that his legacy lived through them.

‘Dad was no dissident,’ Noha Khashoggi and Razan Jamal Khashoggi wrote in the Washington Post.

‘If being a writer was ingrained in his identity, being a Saudi was part of that same grain.’

His death unleashed a global wave of criticism against the crown prince, Mohammed bin Salman, who Saudi officials say had no role in the killing.

‘This is no eulogy, for that would confer a state of closure,’ the daughters wrote in a Post opinion piece published online Friday.

‘Rather, this is a promise that his light will never fade, that his legacy will be preserved within us.’

The 59 year-old journalist was at the consulate in Istanbul seeking documents needed to marry his Turkish fiancee. Riyadh — after weeks of denial — said he was killed in a ‘rogue’ operation. 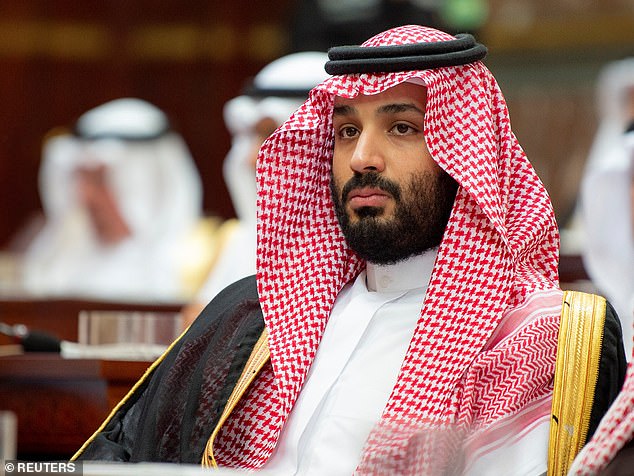 The daughters remember their father, affectionately referred to as ‘Baba,’ as a ‘loving man with a big heart’ who traveled widely and always returned bearing ‘gifts and fascinating stories.’

‘As bittersweet as it was, we knew from a young age … that he was an important man whose words had an effect on people over a great distance.’

It was vital for him ‘to speak up, to share his opinions, to have candid discussions,’ the daughters recall. 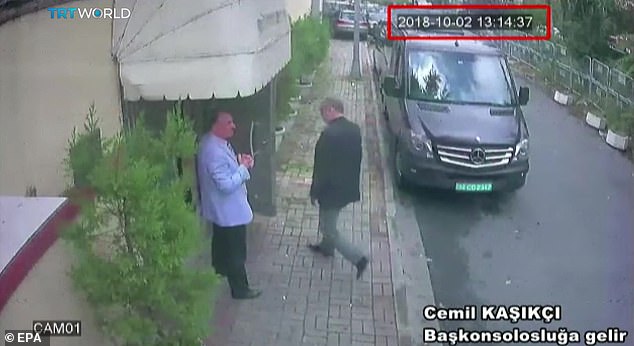 For him ‘writing was not just a job; it was a compulsion. It was ingrained into the core of his identity, and it truly kept him alive.

‘Now, his words keep his spirit with us, and we are grateful for that.’

Khashoggi had created a new life in the United States, but ‘he grieved’ for his native Saudi Arabia, never abandoning hope for his country.