‘I’m Yang Gang.’ Dave Chappelle declares his choice and will campaign for Andrew Yang in South Carolina in sign presidential bid will NOT end if he loses in Iowa

Andrew Yang announced Tuesday Dave Chappelle will campaign for him in South Carolina, holding two shows for his campaign in a state where the black vote will help decide the winner of its primary.

The comedian will host shows in South Carolina on January 29 in Columbia and January 30 in Charleston, according to the Yang campaign. South Carolina votes on Saturday, February 29.

Chappelle’s great grandfather Bishop William David Chappelle was a preacher in Columbia, S.C., and Dave Chappelle was given keys to the city in 2017.

But Yang’s announcement is an indication the tech entrepreneur plans to be competitive in the Democratic primary beyond New Hampshire, a state where he is expected to do well due to his ties there – he attended Exeter – and beyond Iowa, which holds its caucuses on February 3. New Hampshire votes February 11. 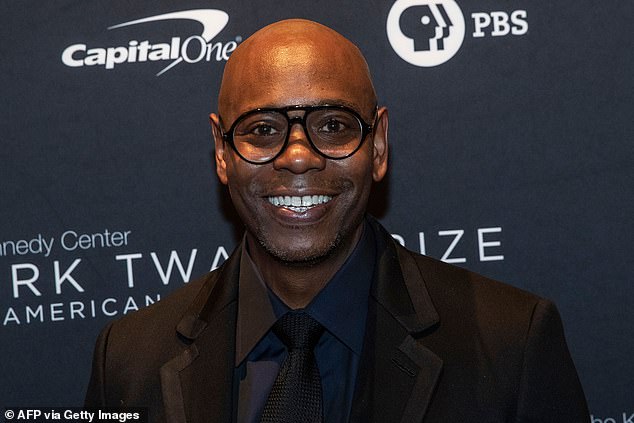 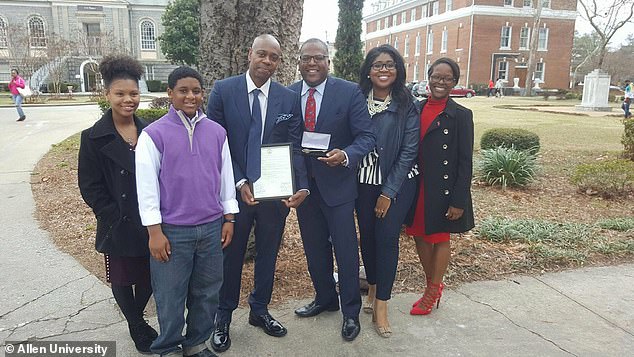 Chappelle’s great grandfather Bishop William David Chappelle was a preacher in Columbia, S.C., and Dave Chappelle was given keys to the city in 2017

A flood of cash – Yang raised $16.5 million in the fourth quarter of 2019 – has given his campaign the funds for a lengthy run.

Yang has used the funds to double down in New Hampshire and make a run for Iowa, which holds the Democratic nomination process’ first vote on February 3.

The millionaire businessman returned to his tech roots at a Tuesday town hall, making his pitch to Iowa voters with a slide show.

‘This is the first time I’ve used slides,’ he told the crowd, who chuckled in response. ‘You’re all here for Andrew Yang’s version of Netflix.’

One of the first slides he showed was from May 2015 when, as CEO and founder of Venture for America, he attended a tech summit at the White House and met with then-President Barack Obama.

He also showed slides demonstrating the loss of manufacturing and other blue-collar jobs in America.

Yang is campaigning in Iowa despite not qualifying for the Democratic debate in Des Moines Tuesday night.

He is the only candidate who made last month’s debate in Los Angeles who did not qualify for Tuesday night’s contest, which is hosted by CNN and the Des Moines Register.

Candidates needed at least 5 percent in four pre-approved national polls between Nov. 14 and Jan. 10, or at least 7 percent in two polls in the early states of Iowa, New Hampshire, South Carolina or Nevada to qualify. 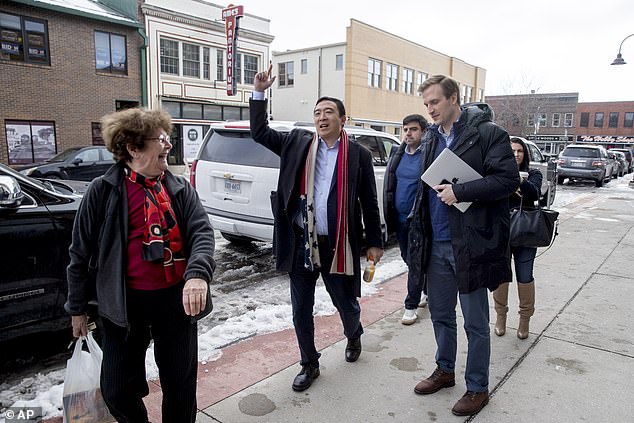 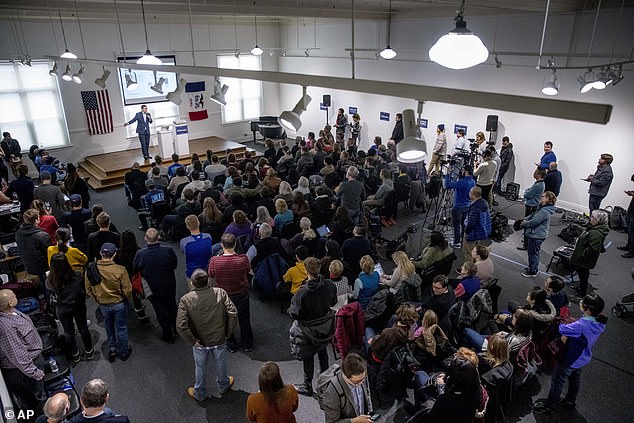 Yang spoke to a crowd of voters in Ames 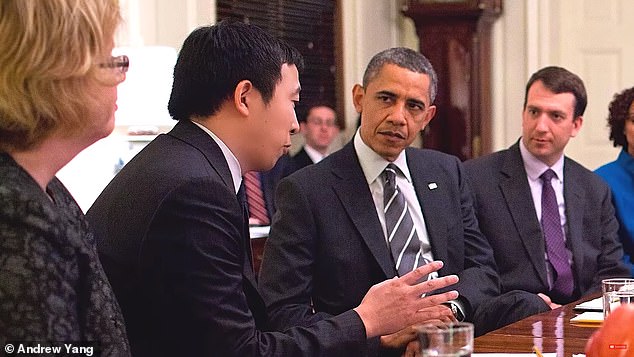 Yang focused his remarks on the economy and job creation.

He told the crowd, some of whom wore blue hats with the word ‘math’ on it, that Donald Trump became president because of job loss.

‘The reason Donald Trump is our president today is that we automated 4 million manufacturing jobs,’ he said, pointing out those job losses came in swing states like Ohio, Michigan, Pennsylvania, and Iowa.

And he reminded the votes what MATH stands for: Make America Think Harder.