Comedian Dave Hughes came close to being attacked by an aggressive man on Saturday morning in Melbourne.

Out for his morning beachside run, the radio host told Hit Network listeners on Monday how he was unknowingly stalked on his regular route.

Dave, 49, has since contacted Victoria Police for CCTV footage to help identify his would-be attacker.

Dave told listeners and his co-host Ed Kavalee that a fan had alerted him of his near miss with a frightening Instagram message.

After returning home from his 10km run, Dave received a message that read: ‘My god, Dave. I saw you nearly got attacked by some guy today. Are you okay?’

The message made Dave think back to his run, where he thought someone was yelling at him 2.5km into his run.

‘I heard someone scream. I couldn’t quite work it out, but I’m thinking, “Are they screaming my name?” I hear swearing. I’m not completely sure, because I’m focusing on the run, but I’m thinking, “Is that person yelling at me, and are they angry with me?”‘ Dave recalled to his co-host. 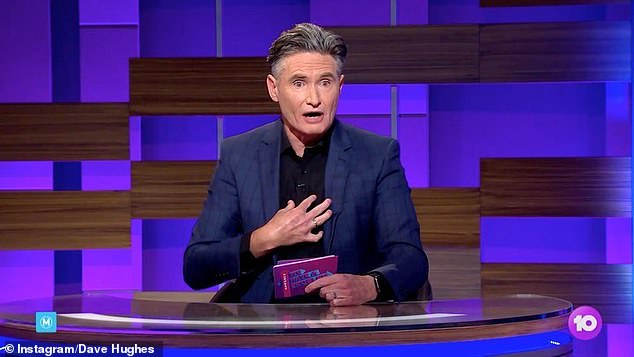 He was yelling at you, all the words under the sun … and (there was) a brief chase’: While Dave thought someone may have been shouting at him on the run, an anonymous fan claimed the mystery man was yelling abuse and chasing him

Dave, who didn’t turn his head during the run to check what was happening, asked the fan to clarify what he saw.

The message reply read: ‘He was yelling at you, all the words under the sun … and (there was) a brief chase. Stay safe!’

The fan also claimed the would-be attacker got within six metres of Dave, before he picked up the pace on his run and lost him. 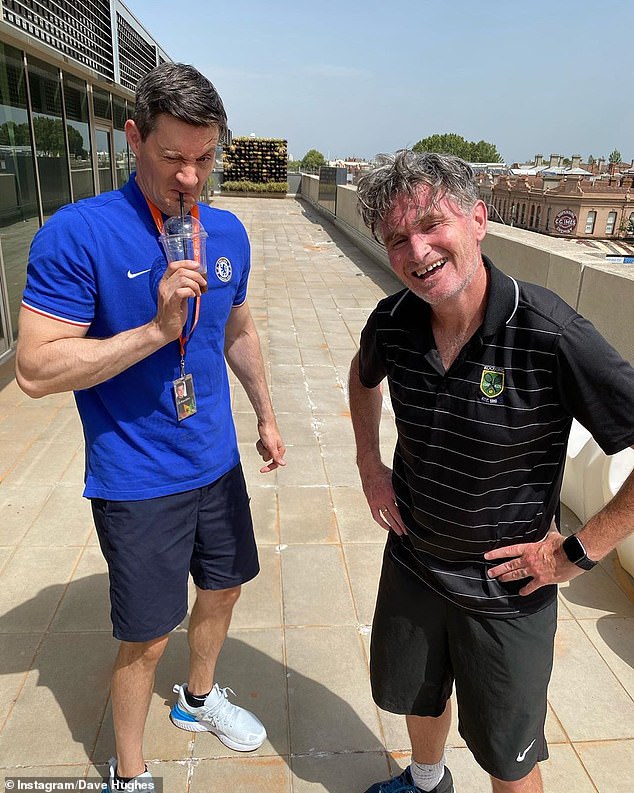 ‘He’s ran at me, he’s got within six metres of me’: Dave was completely unaware of how close his would-be-attacker got as he was listening to his music loud. Pictured with radio co-host Ed Kavalee (left)

Dave was baffled by the ordeal, repeating back: ‘some really aggressive guy has chased me … calling me every name under the sun. He’s ran at me, he’s got within six metres of me. And I’m still jogging my normal pace, and haven’t looked around.’

‘I do remember thinking, just keep going. When I ran back, I thought “am I going to get attacked on the run back”,’ Dave recalled of his hunch.

After having his fears confirmed by the mystery fan, he called the police to request CCTV footage and told them: ‘He chased me on the beach and had bad intent… I want to see what he looks like.’

Unfortunately, there are no security cameras in that area.

Dave said he would be avoiding the area for the time being: ‘it’s going to take me a little while to run there again.’ 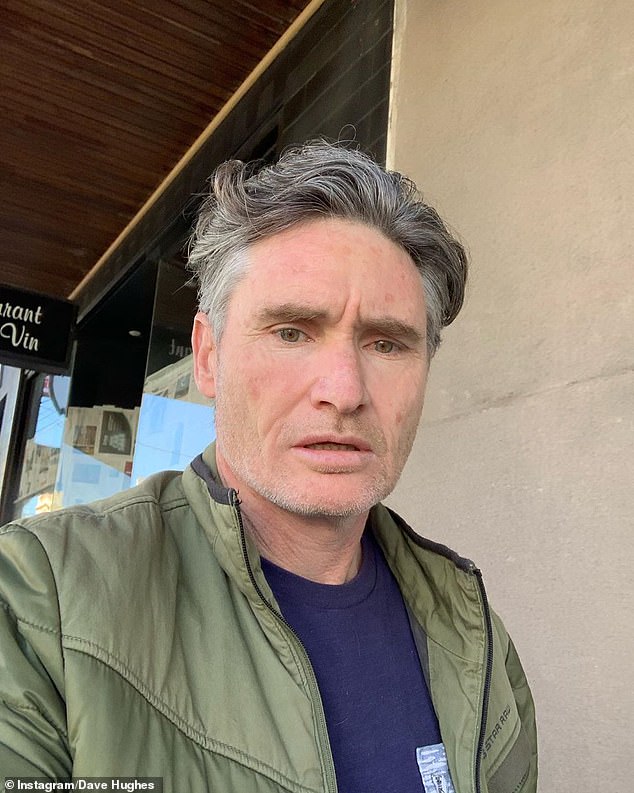 ‘It’s going to take me a little while to run there again’: With the police unable to help identify the man with security footage, Dave said he will actively avoid the area for a while