The Jewish comedian reacted furiously after Mr Galloway made the remark in a Twitter tirade.

Hitting back online, he said that as he has a mixed attitude to the Israeli state ‘I think we can only conclude that by “Israel-fanatic” George just means Jew. Vile Jew.

‘And that therefore he is an anti-Semite.’

The comedian received support from Momentum founder Jon Lansman who said there is ‘no possible reason to call him a “vile Israel-fanatic” other than antisemitism.’

But the row took a fresh twist today when Mr Galloway threatened to sue Mr Lansman for calling him anti-Semitic – and to call Jeremy Corbyn as a witness.

Labour has been dogged by claims of anti-Semitism since Mr Corbyn’s election and it would be hugely embarrassing if the party leader was hauled into court to testify on the topic. 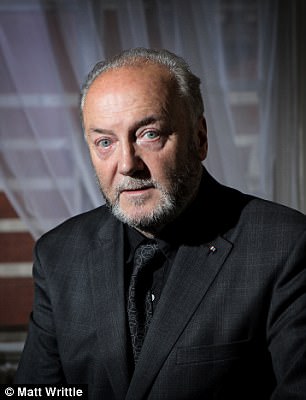 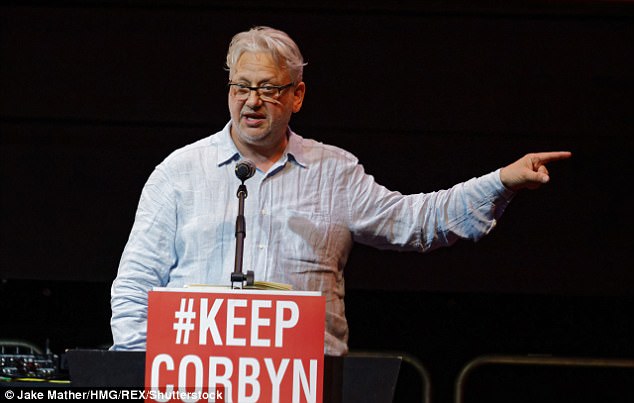 The row took a fresh twist today when George Galloway threatened to sue Jon Lansman (pictured) for calling him anti-Semitic – and to call Jeremy Corbyn as a witness.

The row erupted last night when Mr Galloway made the offensive remark to Mr Baddiel on his Twitter account after reports the comedian was planning to join an anti Donald Trump demonstration.

The ex MP – who was suspended from Labour for running against the party – wrote: ‘There will be no supporter of the Palestinian people marching behind vile Israel-fanatic “comedian” David Baddiel.

‘There will be no opponent of imperialist wars marching behind Stella Creasy. Just saying.’

Mr Baddiel hit back online, writing: ‘Since I’ve always made it entirely clear that my attitude to that country is entirely meh, I think we can only conclude that by “Israel-fanatic” George just means Jew. Vile Jew.

‘And that therefore he is an anti-Semite. Now let him come at me with his stupid f***ing lawyers.’ 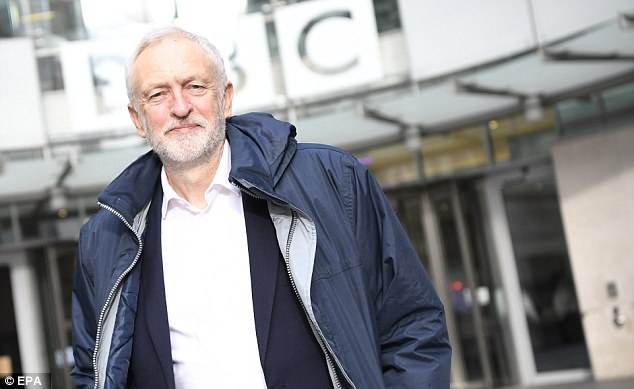 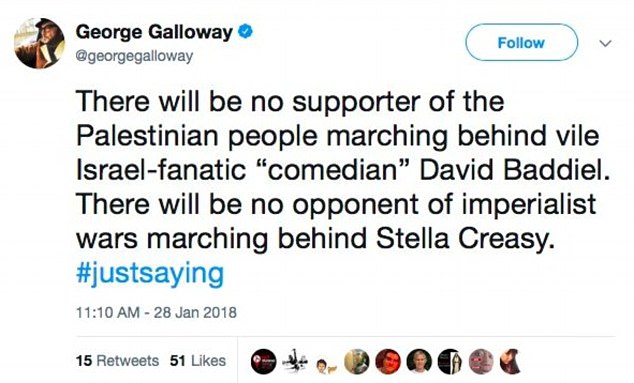 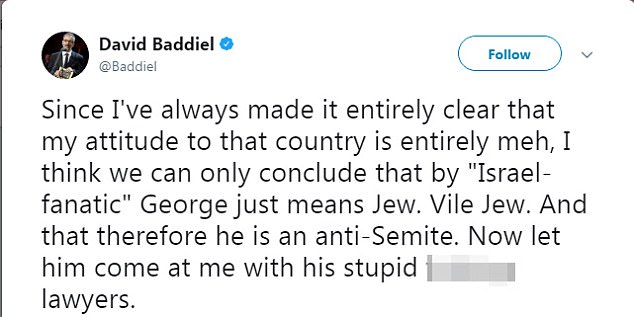 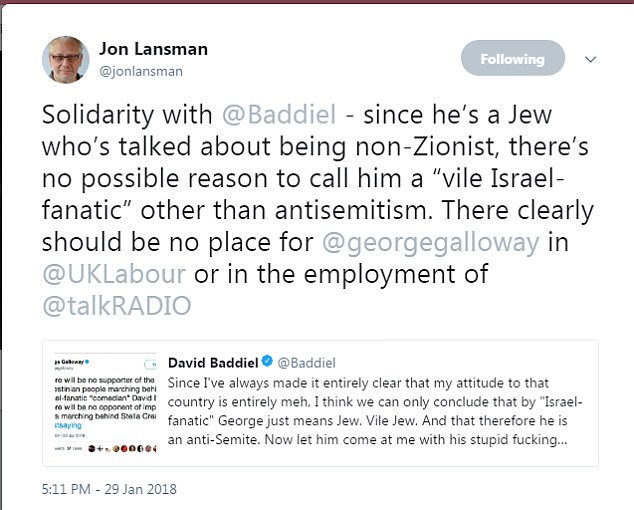 And he appeared to deal a hammer blow to nay hopes Mr Galloway may have had of rejoining Labour by saying there is no place for him in the party.

Wrote on Twitter: Solidarity with @Baddiel – since he’s a Jew who’s talked about being non-Zionist, there’s no possible reason to call him a “vile Israel-fanatic” other than antisemitism.

‘There clearly should be no place for @georgegalloway in @UKLabour or in the employment of @talkRADIO .’

Mr Galloway – who once memorably impersonated a cat on Celebrity Big Brother – later backtracked on his comments a bout the comedian. 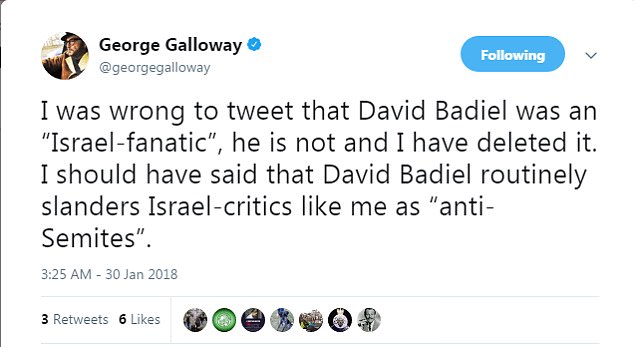 George Galloway later backtracked on his comments about the popular comedian 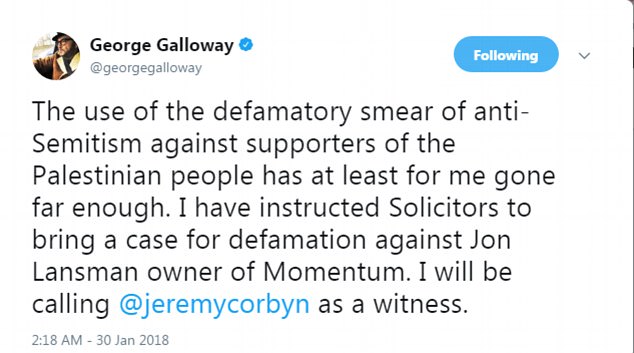 But he escalated the row with Mr Lansman, threatening to sue the left-wing activist.

In a series on tweets, he wrote: ‘I was wrong to tweet that David Badiel (sic) was an “Israel-fanatic”, he is not and I have deleted it.

‘I should have said that David Badiel routinely slanders Israel-critics like me as “anti-Semites”.’

But upping the ante on is row with Mr Lansman, he said: ‘I have never said an anti-Semitic word in my life.

‘I have to the contrary fought fascism and anti-Semitism as adjudged by Justice Eady in the High Court.

‘I will prove this again in my legal action against Jon Lansman owner of Momentum and will call Jeremy Corbyn as my witness.’