Stars around the Christmas tree: Footballers put hectic fixture schedule to one side to enjoy this year’s festivities as David Beckham, Kevin de Bruyne and Kai Havertz celebrate with loved ones

Footballers may be bracing themselves for a hectic few days of Christmas fixtures, but have taken the time to embrace this year’s festivities with some heart-warming snaps posted online.

David Beckham has long hung up his boots but led the way with a photo of himself wearing a Santa hat while drinking a cup of coffee on a chilly Christmas Eve morning.

‘Very Christmasy over here – coffee & wine ( I promise the wine was yesterday),’ he posted. ‘Happy Christmas Eve. Who’s more excited me or the kiddies?’

Fellow Manchester United legend Patrice Evra also got into the spirit of things after posting a video of himself dancing in an extravagant reindeer costume. 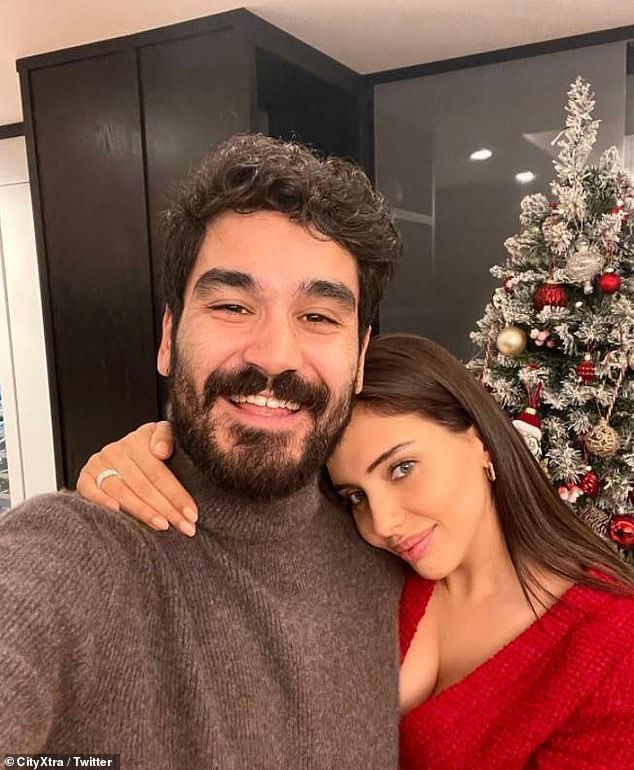 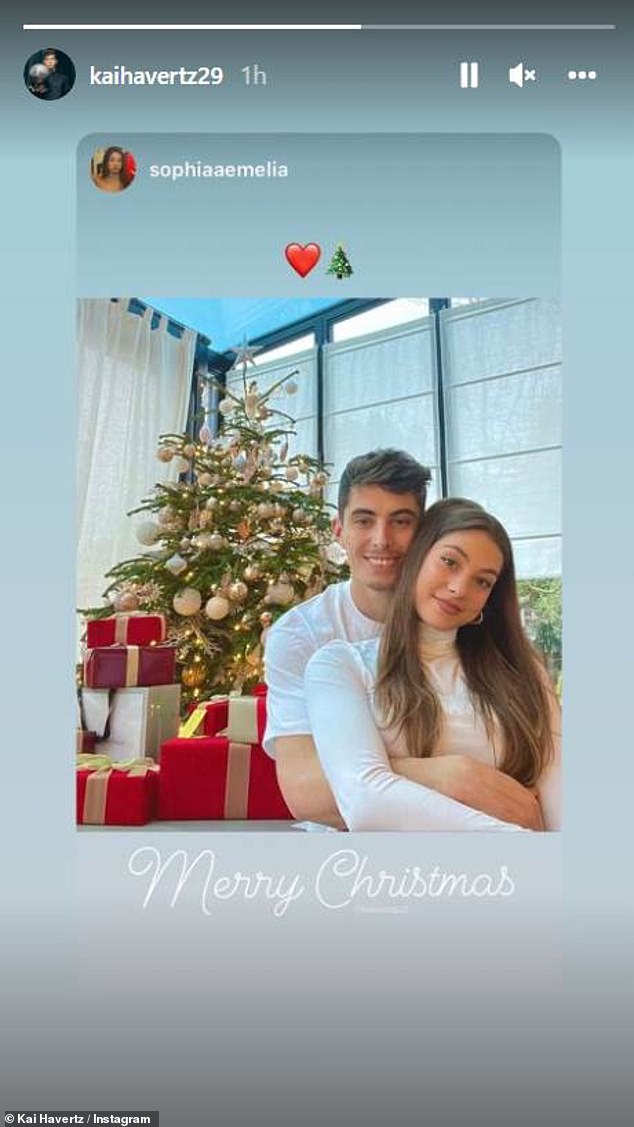 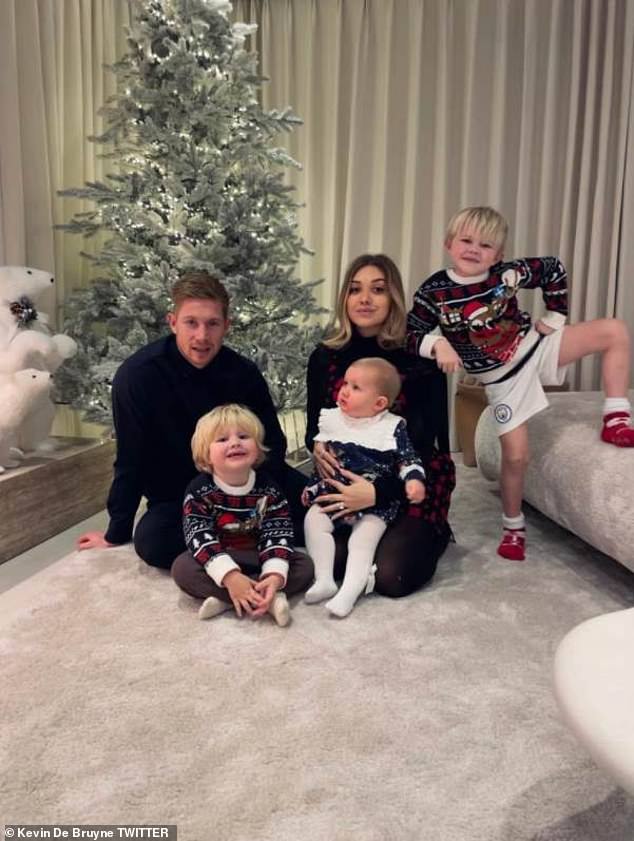 The charismatic Frenchman is known for his wild Instagram videos and did not disappoint this year.

‘If you don’t believe in Santa you must tell your kid mini black Santa is the real one,’ the 40-year-old posted. ‘Rudolph was feeling too dizzy.

‘@instagram it’s time for you to block my account I’m having too much fun #ilovethisgame #merrychristmas #santa #positive4evra’.

Premier League stars such as Kevin de Bruyne, Ilkay Gindogan and Kai Havertz also shared photos with their loved ones ahead of the big day.

De Bruyne has endured a tricky latter half of 2021 with injuries and Covid derailing his momentum for Pep Guardiola, and he will hope that 2022 brings a consistent run of games for leaders Man City.

His City team-mate Gundogan posed with his wife Sara Arfaoui in front of their Christmas tree while Chelsea’s £89million man Havertz sat with girlfriend Sophie Weber with presents galore. 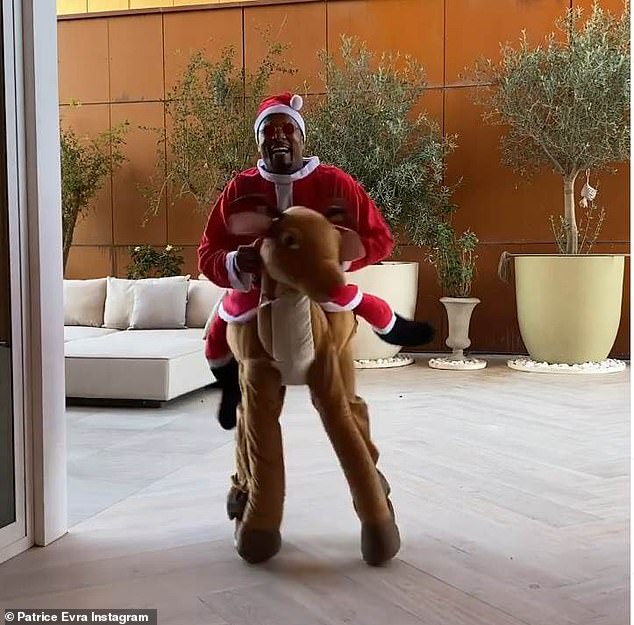 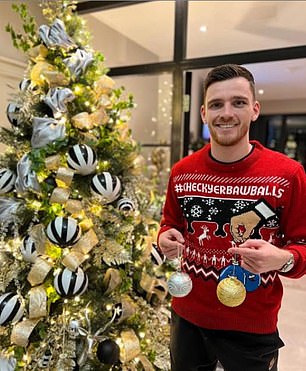 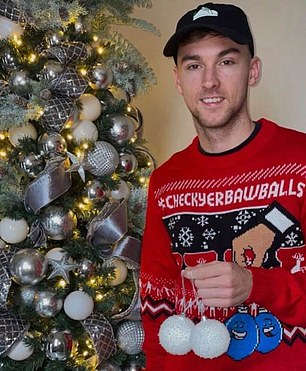 Bruno Fernandes has also struggled to hit the heights of last season with Man United, but shared an adorable snap with his family.

Diogo Jota is on fire for Liverpool and shared a photo with his wife and young child. The Portuguese won’t be in action on Boxing Day after the Reds’ game against Leeds was postponed due to a Covid outbreak at the Yorkshire club.

Scotland internationals Andrew Robertson and Kieran Tierney sent an important message in front of their Christmas trees this year, with the Liverpool and Arsenal stars highlighting the ‘Check yer Bawballs’ campaign by charity Cahonas.

Wolves star Raul Jimenez posed with his wife Daniela and child Arya, just over one year on from his devastating head injury that ruled him out for the rest of the 2020-21 campaign. 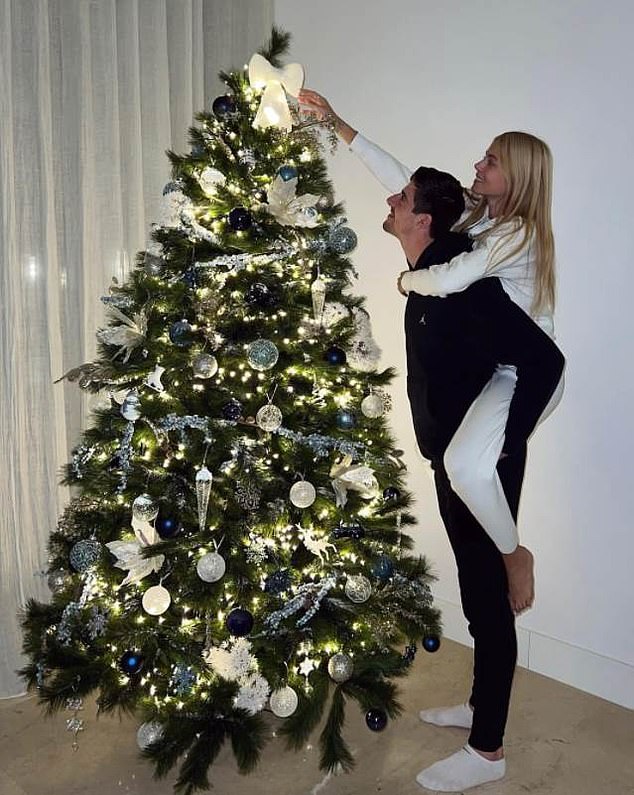 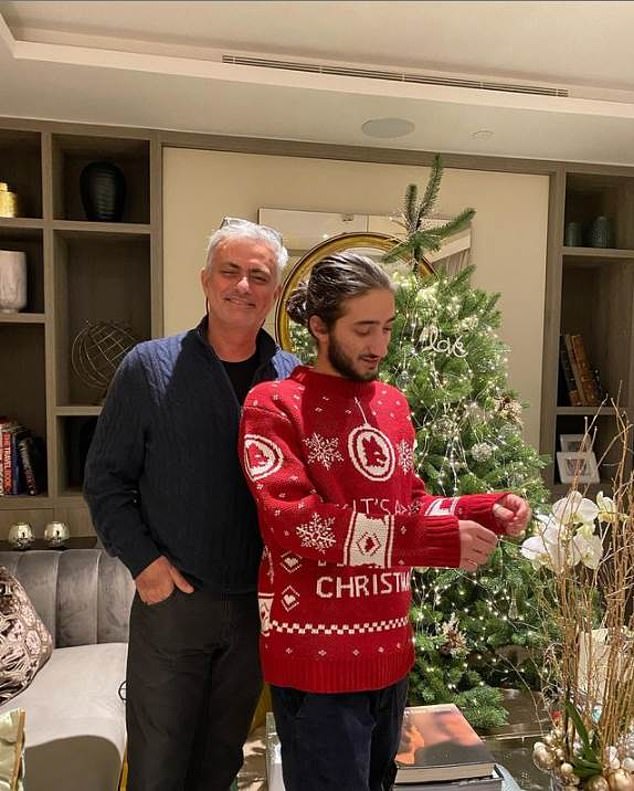 Like Robertson, Alisson and Jota, the Mexican won’t be lining up for Wolves on Boxing Day due to Watford’s Covid outbreak.

Away from the Premier League, football’s biggest stars from across Europe have been celebrating Christmas this year.

Real Madrid star Thibaut Courtois was pictured helping his partner Mishel put the star on top of their Christmas tree, while ex-Chelsea and United boss Jose Mourinho shared a snap with his son.

Robert Lewandowski was harshly overlooked for 2021’s Ballon d’Or prize, but beamed alongside his wife as the Pole toasted another superb year in front of goal, scoring 56 goals in 44 games for Bayern Munich.

Atletico Madrid striker Luis Suarez put to one side the LaLiga champion’s turmoils on the pitch to enjoy time with his wife and three children. Diego Simeone’s side have lost their last four league games.