The father-of-four, 43, was caught on camera speeding through a stretch of the A40 between Paddington and Kensington in west London on January 23,  court documents allege.

He entered a not guilty plea on August 17. 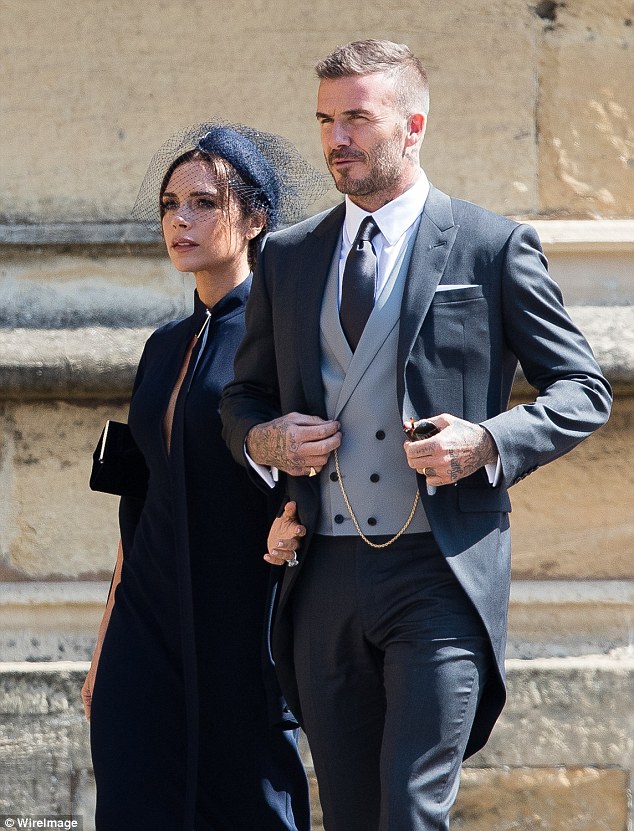 The former England captain’s case is due to be heard on Tuesday at Lavender Hill Magistrates Court in south west London.

If found guilty he may be hit with a disqualification from driving or a fine.

Beckham is regularly spotted driving in London in his £160,000 Bentley, often with son Brooklyn or other family members.

Yesterday, wife Victoria posted a photo to Instagram of the whole Beckham family with Gordon Ramsay and his wife Tana and children while celebrating Tana’s 43rd birthday.

Beckham, who is known for his family man image, also posed in snap this week with his three sons Brooklyn, 19, Romeo, 15 and Cruz, 13, at a virtual reality centre.

Romeo later posted the image to Instagram with the caption ‘so fun’.

Tana Ramsay, wife of TV chef Gordon, chose the Beckham clan to help celebrate her 43rd birthday as the famous families came together for an idyllic getaway, during which they enjoyed red wine and a sweet cake Here come the boys! David took his three sons Brooklyn, 19, Romeo, 15, and Cruz, 13, for a fun day out at a virtual reality centre – as they posed with guns and mask

It comes as it was announced earlier this week that  Beckham is expected to join Prince Harry and Meghan Markle in Australia in October after becoming an ambassador for the Invictus Games.

More than 500 wounded and sick defence-force veterans from 18 nations will compete in 11 sports in Sydney from October 20 to 27.

Beckham, who splits his time between California and London, has 115 caps for England and 58 as captain.

MailOnline has contacted a representative for Beckham for comment.