David Beckham’s hair appeared to have miraculously thickened in a snap taken on Thursday after he showcased noticeably thinner locks last week.

Following the snaps from his shopping trip last week, the former footballer, 45, seemed to have grow out his buzz cut as he embarked on a run near his Cotswolds home, where he is isolating due to the coronavirus pandemic.

The star, who reportedly underwent a hair transplant less than two years ago, stepped out for some fresh air before kicking off a homeschooling session with his wife Victoria, 46, and their children Romeo, 17, Cruz, 15, and Harper, eight. 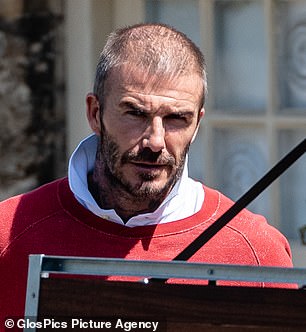 Fuller ‘do: David Beckham has grown out his buzz cut as he embarked on a run near his Cotswolds home on Thursday, just days after his hair looked noticeably thinner (R on Sunday)

David rocked noticeably fuller locks as he dashed across a yellow field in the countryside. The media personality opted for a typically sporty display as he kept comfy in a grey hooded jumper.

There are a host of clever hacks for men to make their hair look thicker – including fiber hair cosmetics, colouring or extensions.

The father-of-four, whose eldest son Brooklyn, 21, is isolating in New York with his girlfriend Nicola Peltz, 25, treated himself to some rare ‘me-time’ before reuniting with his family at home.

David captioned his posts: ‘Nice to get out for an early morning run before home schooling starts… Then for some Lemon drizzle cup cakes AGAIN  what can I say my kids love dads lemon drizzle.’ [sic] 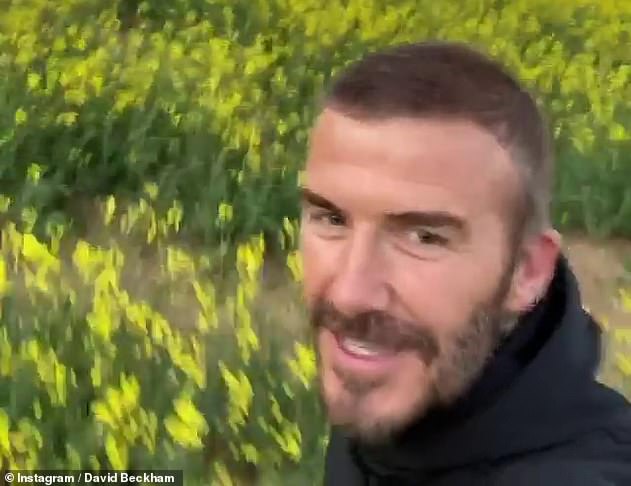 Alone time: The ex-footballer, 45, stepped out for some fresh air before kicking off a homeschooling session with wife Victoria, 46, and kids Romeo, 17, Cruz, 15, and Harper, eight 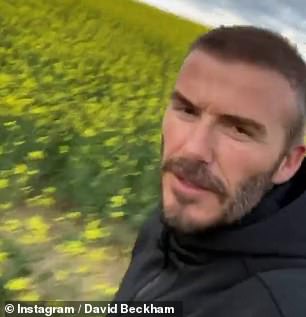 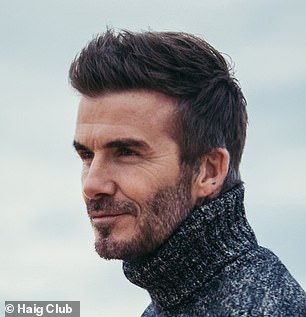 Hair fibers: A highly effective way of concealing hair loss. The fibers are made of keratin – the same protein as real hair – adding to the natural look as they attach to the existing strands

Spray-on hair: An aerosol spray applied to balding areas which either colours the thinning patch or generates hair-like filaments

Extensions: Many use human hair or synthetic fiber to enhance locks

The hunk’s social media activity came after he ventured out without one of his signature hats, with his thinning locks hard to miss.

Heading to a local deli in the village of Burford to pick up supplies with his daughter Harper, the former Manchester United ace’s famous mane was looking lacklustre.

In recent weeks David has rarely been seen without one of his favoured flat caps covering his hair, while he’s also posted social media snaps in baseball caps and bandanas in an effort to disguise his locks.

But back in an October 2019 advert for his whiskey brand Haig Club, his locks looked thick, styled into a quiff.

While at summer sporting events including a June Women’s World Cup match with Harper and the 2019 Wimbledon tournament in July, the football icon was also looking confident with perfectly groomed long locks. 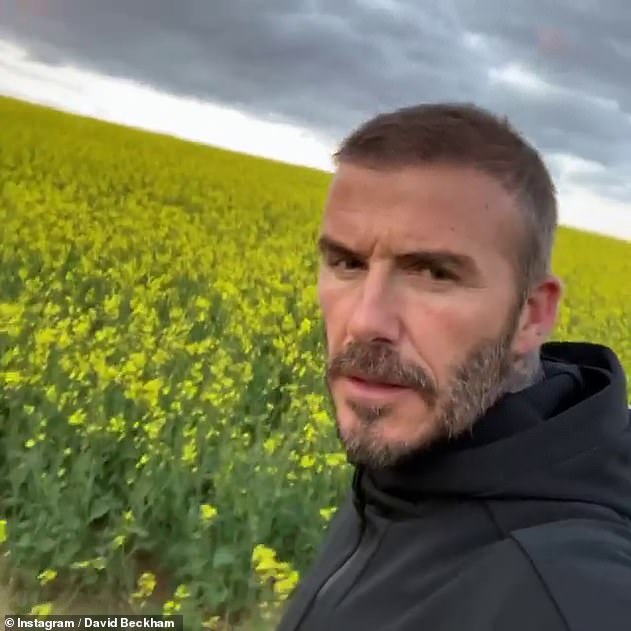 Off he goes: The ex-sportsman rocked slightly fuller locks as he dashed across a yellow field in the countryside 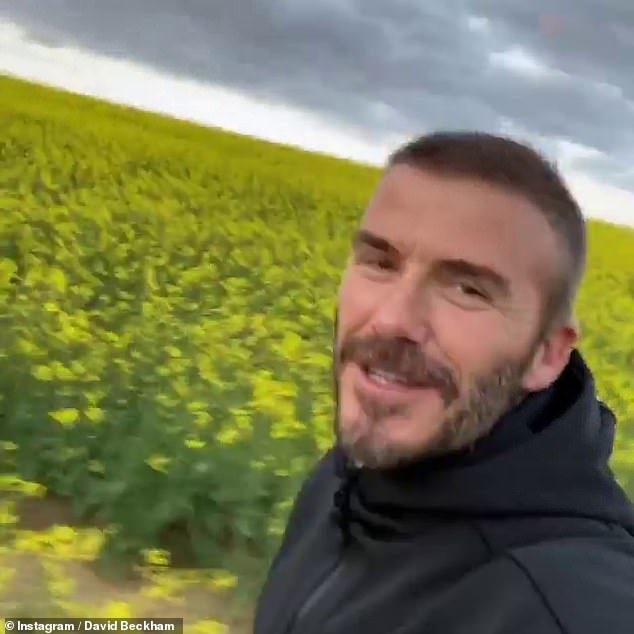 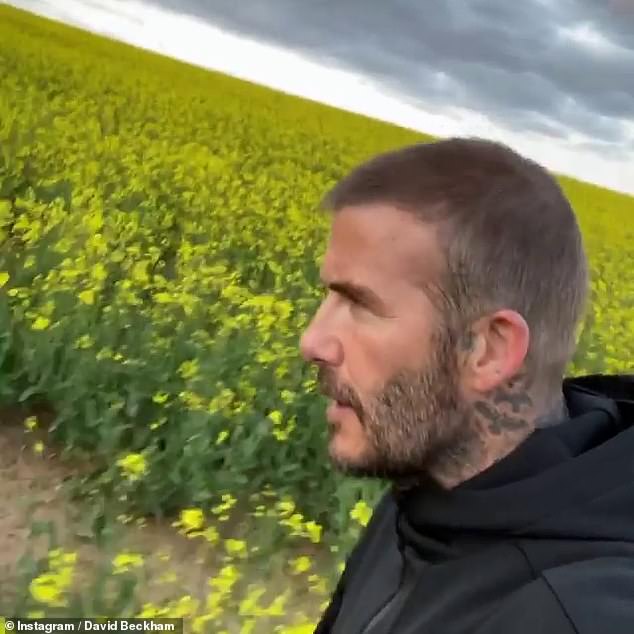 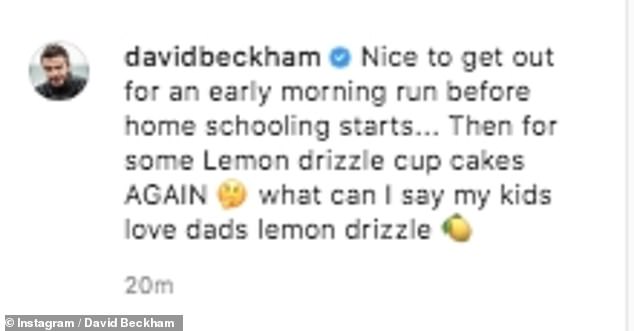 Rare: The father-of-four treated himself to some ‘me-time’ before reuniting with his family at home

It was back in October 2018 that David first sparked speculation that he’d undergone a hair transplant.

While his representatives have previously declined to comment on whether or not he had a hair transplant, the Inter Miami CF president himself once suggested he wouldn’t be tempted to go through the costly process.

‘There is definitely nothing wrong with doing that,’ he said in 2012, ‘But I don’t think personally I would. If I do start showing signs of going bald, then I will shave it off.’ 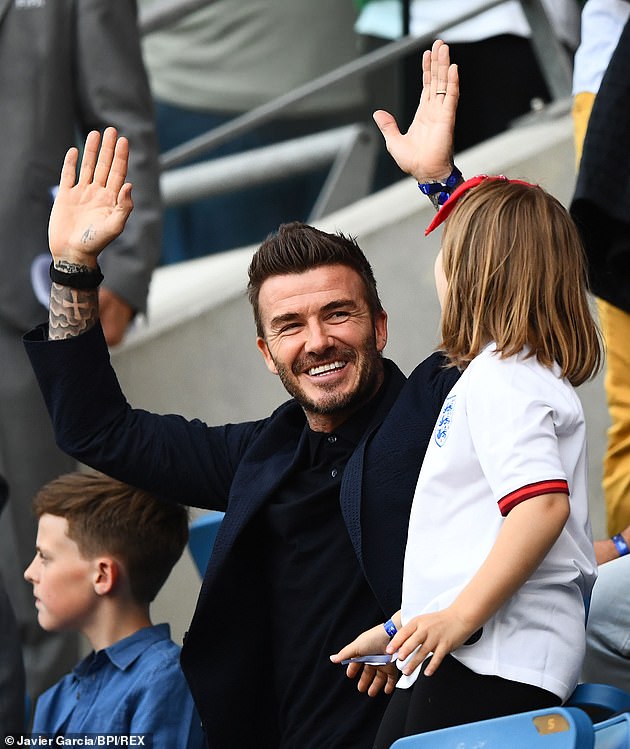 ‘The photos show a fast reversal in his hair growth from last year. That isn’t typical of a person who has had a hair transplant.

‘It could be that David has paused a medical hair programme involving medications and laser treatment. His hair would then revert to its genetic pattern until he recommenced the treatment.’ 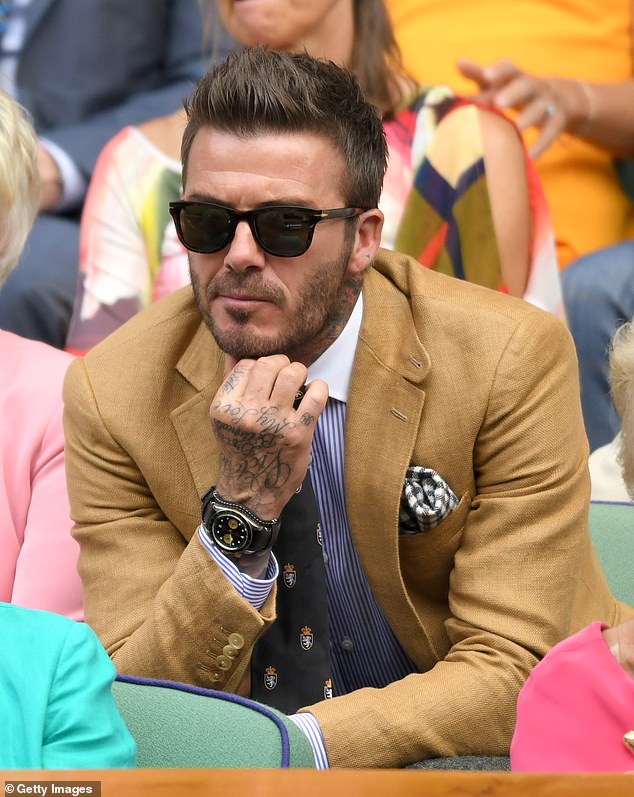 Quiff: David pictured at the 2019 Wimbledon tournament in July 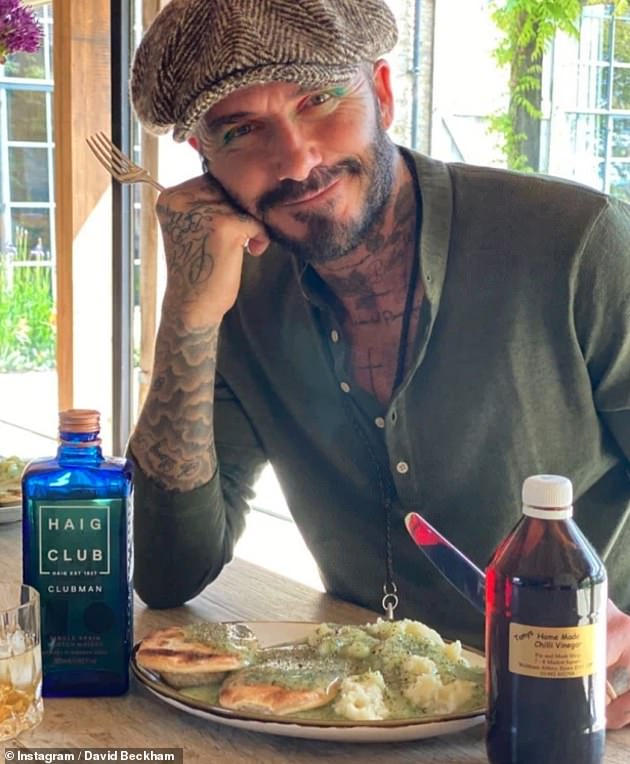 Signature look: In recent weeks, the Haig Club owner has rarely been seen without one of his favoured flat caps covering his hair

Last month, the producer, 51, showed off a thicker hairline in a photo with wife Jacqui.

His hairline looked noticeably fuller compared to a 2010 snap of the couple, shared by his model partner, as part of the ‘first photo’ challenge.

According to a hair restoration expert, the photos show the Snatch creator has undergone treatment for hair loss. 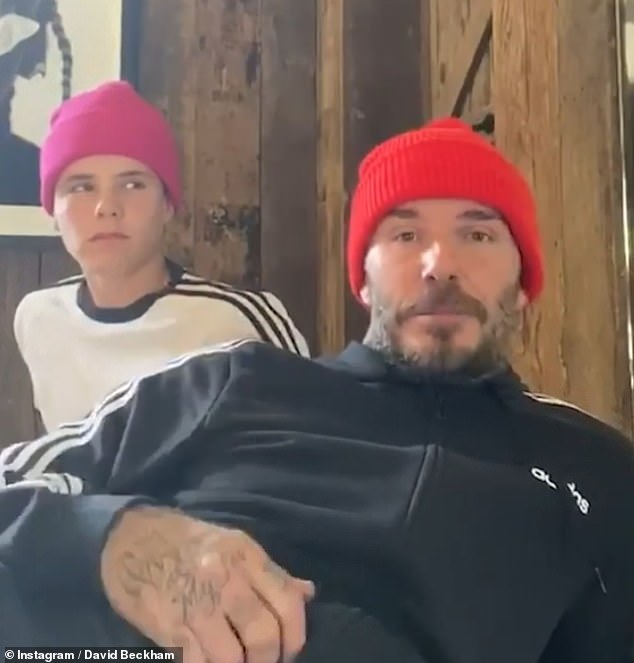 Loves a hat: David sported a beanie to match his son Cruz, 15, in another recent social media snap

‘It’s obvious he has had treatment for hair loss and reversed his male pattern baldness. His hair loss in 2010 is reasonably advanced. Ten years on his hair seems much fuller and to be growing in areas where it wasn’t before.

”For that to occur he’d have to do something. Whether it involved a surgical procedure or just medications is hard to tell.’ 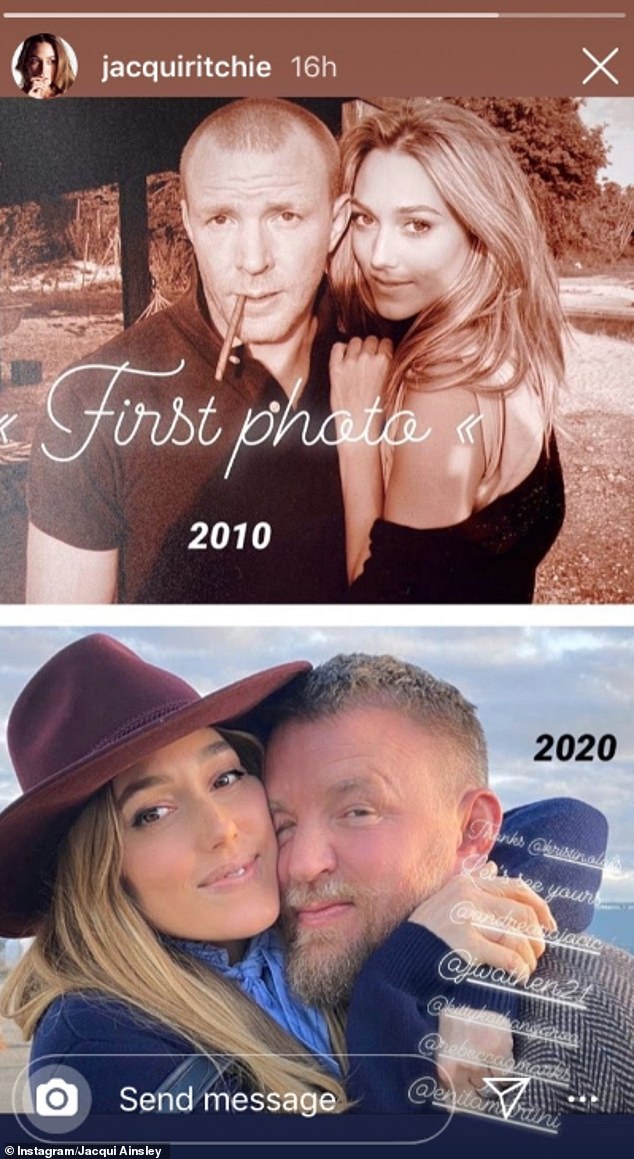 Has he? David’s close friend Guy Ritchie appears to have undergone a secret hair transplant as the star showed off a thicker hairline in a recent photo with wife Jacqui