David Cameron has said he woke up daily wondering what John Bercow would do ‘to make my life hell today’.

The former prime minister did offer some praise for the outgoing and controversial Commons Speaker for having the tendency to ’empower’ backbenchers during his finest moments.

But Mr Cameron told LBC’s Nick Ferrari that he was at times baffled by Mr Bercow’s actions.

He said: ‘Now, the Speaker’s not there to be nice to the Prime Minister, of course. But there were times when things were done which had never been done before.

‘You scratched your head and thought, hold on, where the hell did that one come from?

‘I almost, sort of, got out of bed every morning and thought, whatever John Bercow, whatever the Speaker can do to make my life hell today, he will do.’

Mr Bercow, who announced his departure earlier this month, has come under repeated attack from Brexiteers in recent months.

But in 2013 he drew Mr Cameron’s ire when he allowed an amendment to the Queen’s Speech calling for an EU referendum bill.

‘Odd now that he’s such an opponent of it,’ Mr Cameron told LBC.

‘So, you know, he was elected by MPs, you’ve got to deal with what you’ve got,’ the former Prime Minister went on. 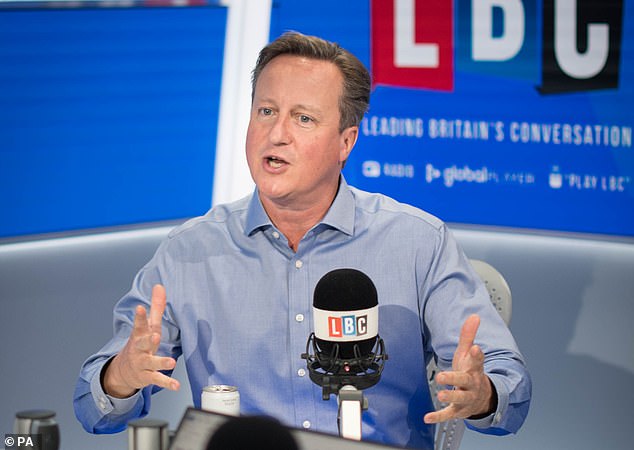 Despite being a Conservative, he was elected Speaker in 2009 mainly as a result of backing from Labour.

He promised to serve ‘no more than nine years in total’ but abandoned that commitment ahead of the 2017 snap election.

Allegations of bullying by former members of his staff, denied by the Speaker, led to fresh calls for him to quit.

This year he has come under fire for a series of controversial rulings which were widely thought to favour Remainers.