David de Gea’s struggles this season have been thrown into sharp focus by the fact his recent record is even worse than that of one of the Premier League’s biggest goalkeeping flops.

This season, Liverpool outcast Loris Karius has a better record than De Gea in several key areas of goalkeeping.

Karius is currently on a two-year loan at Besiktas in Turkey, having lost his place at Anfield following a series of high profile errors, most notably in the Champions League final against Real Madrid.

However he has improved in Turkey, with just 39 goals conceded this season in 33 matches – an average of 1.2 per game, according to WhoScored.

This is in comparison to 53 allowed in by De Gea over the course of 38 matches – 1.4 goals conceded per game on average.

Karius has also managed to save a penalty this season, this week against Ankaragucu – while De Gea has been beaten by all six spot kicks he has faced this campaign. 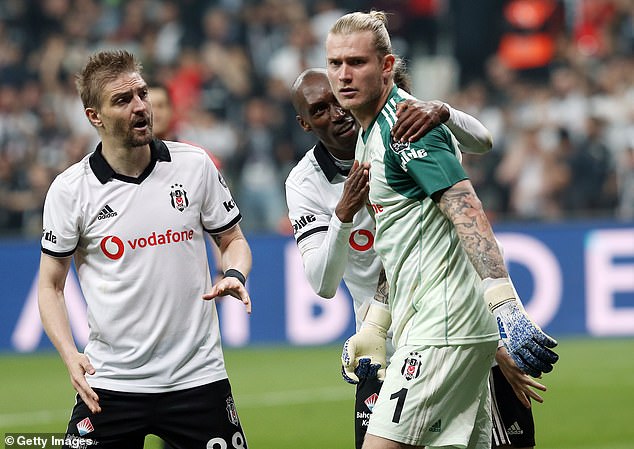 De Gea’s woeful form has led to calls for him to be dropped in favour of back-up Sergio Romero for the final two Premier League games of the season.

Ian Wright suggested that United manager Ole Gunnar Solskjaer should send De Gea on an early summer holiday to take him out of the limelight.

Wright said: ‘If Solskjaer really wants to stamp his mark and let people know he isn’t afraid to make decisions, he should take him out.

‘If the manager explains everything and tells him face to face why he’s leaving him out and giving him a break, that’s man-management – and that’s what Solskjaer has to do.’