Philip Hammond resigned from the Government this afternoon, kicking off an exodus of Remainer ministers from the Cabinet before Boris Johnson takes over as prime minister.

The Chancellor honoured a weekend pledge to walk out rather than be part of an administration committed to a No Deal Brexit.

They are all expected to join a Remainer resistance to any attempt by Mr Johnson to take Britain out of Europe without a Brexit deal on October 31.

The move is being taken to pre-empt being sacked as he installs hardcore Brexiteers in their jobs.

It came after Mr Gauke posted a picture of himself and Mr Stewart as old men returning to the Government.

He used the FaceApp which uses digital wizardry to age people in photographs to show them 30 years older.

Mr Gauke shared a photo of the pair with the words: ‘A few Ministers leaving government today. Some of us hope to return… one day #BRB.’ 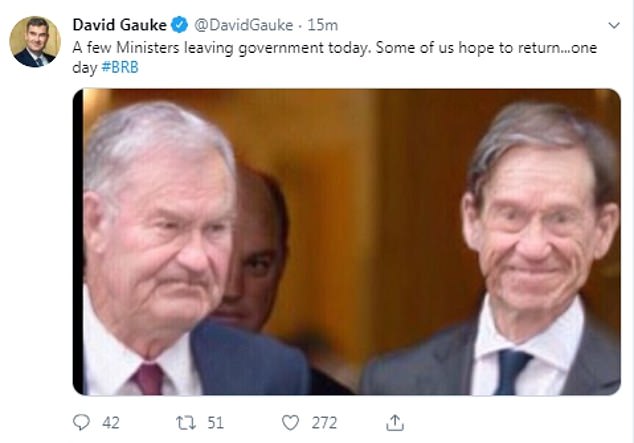 They are expected to quit after Therersa May’s final Prime Minister’s Questions at noon, before she goes to Buckingham Palace to officially resign herself and recommend Boris Johnson replace her. 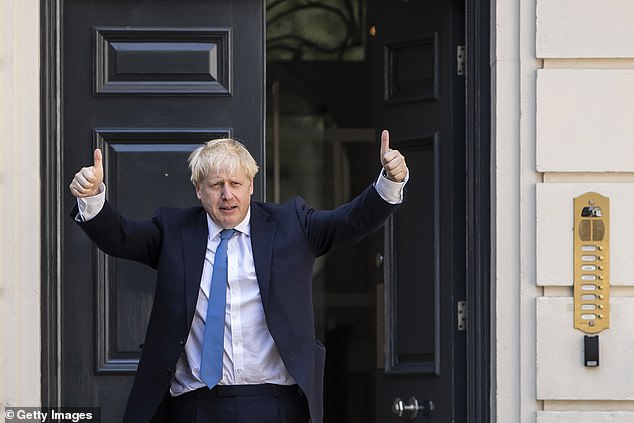 Mr Johnson is expected to appoint a new Brexiteer-heavy, ethnically diverse Cabinet after he meets the Queen and becomes Prime Minister later today 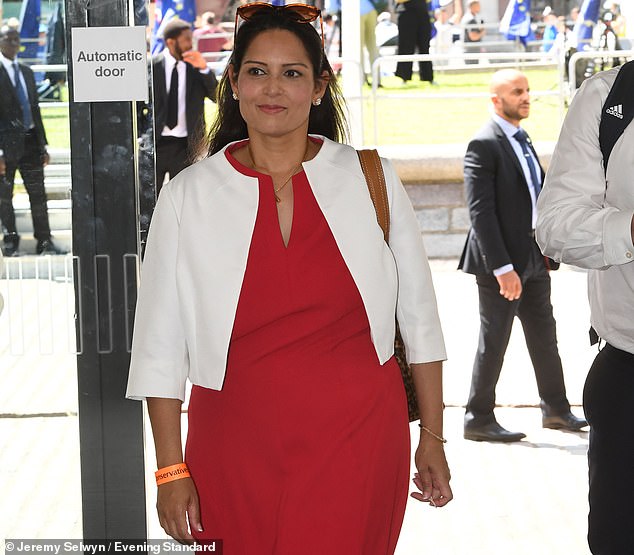 Priti Patel, who was sacked by Theresa May less than two years ago, is set for a remarkable return as part of a Cabinet that insiders said would be the most ethnically diverse ever

The Guildford MP, who has spend nine years in various Government posts, is the latest senior minister to walk out ahead of an expected Johnson administration.

Meanwhile Labour’s shadow international trade secretary Barry Gardiner said the party was in discussions with some Tory MPs about the ‘nuclear option’ of a vote of no confidence in incoming PM Boris Johnson’s government.

Asked if Labour was talking to such MPs, Mr Gardiner told the BBC: ‘Of course those discussions are going on.’

Mr Johnson is expected to appoint a new Brexiteer-heavy, ethnically diverse Cabinet after he meets the Queen and becomes Prime Minister later today.

The newly elected Tory leader is tipped to promote and reinstate a host of new names as he takes a sword to the ministers who have served Theresa May.

A source close to the Tory leader said: ‘Boris will build a cabinet showcasing all the talents within the party that truly reflect modern Britain.’

Priti Patel, who was sacked by Theresa May less than two years ago, is set for a remarkable return.

Sources suggested Miss Patel could even be appointed as Home Secretary, although her name has also been linked to both the Department for International Trade and the party chairman’s job.