Tributes to the late Stephen Hillenburg are pouring in from actors and animators who have worked on the iconic SpongeBob Squarepants series or been big fans of the animated yellow sponge.

‘Wow what a unique and fantastic character Steve created! It was my pleasure and honor to be in SpongeBob The Movie,’ actor David Hasselhoff wrote on Twitter Tuesday and shared a photo of himself starring in the film.

Hillenburg died Monday of Lou Gehrig’s disease, also known as ALS, Nickelodeon announced in a statement Tuesday. He was 57.

Scores of actors and fans thanked Hillenburg for his work for conceiving, writing, producing and directing the animated series that began in 1999 and bloomed into hundreds of episodes, movies and a Broadway show. 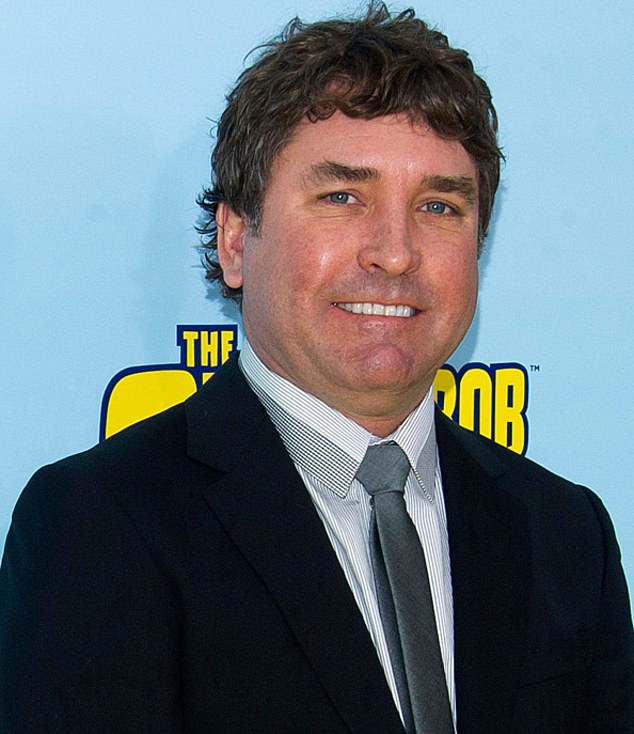 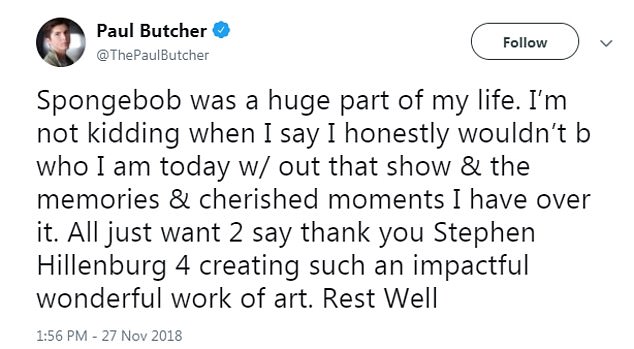 Actor Paul Butcher, 24, took to Twitter to write: ‘Spongebob was a huge part of my life’

Animator Butch Hartment, who created Nickelodeon’s Fairly Odd Parents and Danny Phantom said he and Hillenburg grew up together at Nickelodeon

‘We are sad to share the news of the passing of Stephen Hillenburg, the creator of SpongeBob SquarePants,’ the network said in a tweet. ‘Today, we are observing a moment of silence to honor his life and work.’

Actor Paul Butcher, 24, took to Twitter to write: ‘Spongebob was a huge part of my life. I’m not kidding when I say I honestly wouldn’t be who I am today w/out that show & the memories &cherished moments I have over it. ‘

Animator Butch Hartment, who created Nickelodeon’s Fairly Odd Parents and Danny Phantom said: ‘No words. Steve Hillenburg was a friend and immensely talented creator. We grew up together at Nickelodeon.’

SpongeBob debuted in 1999 and rocked the animated TV show world because the pace was much faster than most kid’s cartoon series.

It is one of the longest-running American television series as well as the highest-rated show ever to air on Nickelodeon. 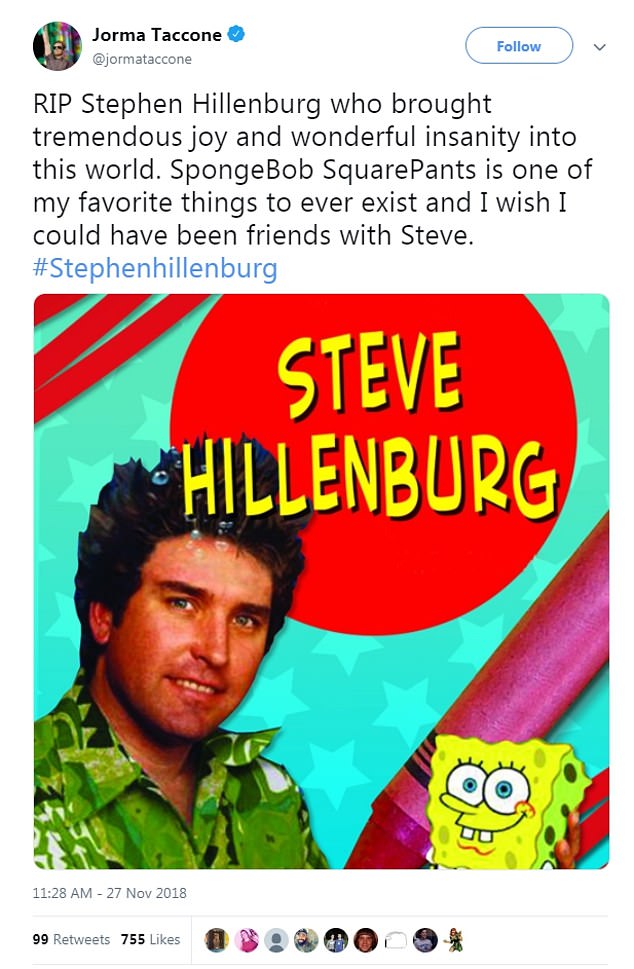 Actor and Saturday Night Live writer Jorma Taccone was a big fan of SpongeBob and expressed his grief over the passing of Hillenburg, despite not knowing him personally 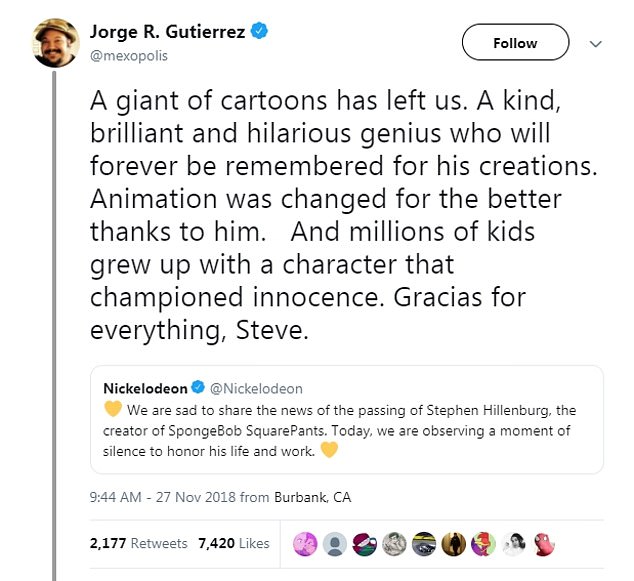 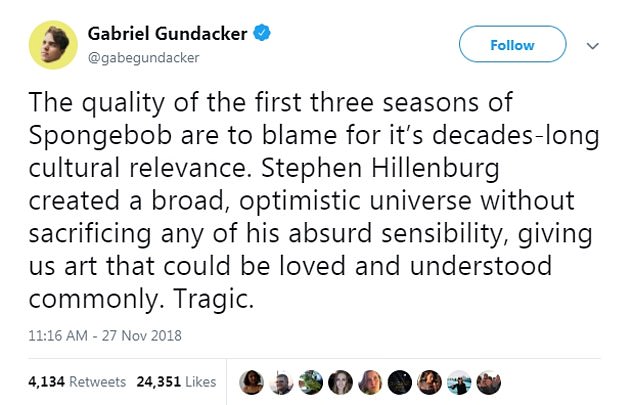