David Hockney’s secret to staying young: Artist, 83, reveals painting and a ‘few nights of nice sex’ are the secret to keeping the spirit of youth

David Hockney has revealed painting and a ‘few nights of nice sex’ are the secret to keeping the spirit of youth in unseen documentary footage.

The English artist made the comments as part of the documentary David Hockney: A Bigger Picture, which was nominated for an Emmy.

Now, the clip has been released by film-maker Bruno Wollheim who has compiled the unused footage as part of a behind-the-scenes series called Hockney Unlocked. 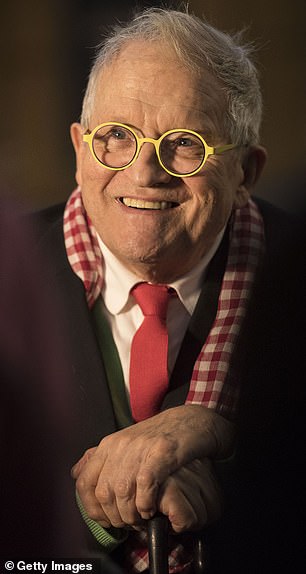 In previously unused documentary footage, artist David Hockney has revealed that his life consists of ‘painting, reading and a few nights of nice sex’ which helps keep him invigorated

The 83-year-old said ‘I’m not very social, I don’t go out that much. Frankly my life consists of reading and painting and a few nights of nice sex.

‘When you realise you’ve got something really good to do, at my age, you get very, very excited,’ he said in the footage shared by the Art Newspaper.

‘It made me feel a lot younger, fitter,’ he said. ‘I realised: that’s a stimulant. You’re living. Life is exciting, interesting, thrilling.’

Hockney told Bruno Wollheim, the documentary maker, that his life consisted of ‘reading and painting and a few nights of nice sex’.

He said that he no longer cared for living in London and the artistic politics that went with it.

He described living in Bridlington, East Yorkshire, where he was based at the time the film was made as ‘being on location’. He has recently been living in Lisieux in the Calvados region of France.

‘I take the small paintings downstairs [to my bedroom at night]. I put them on the wall. I look at them last thing at night and first thing in the morning so I instantly know what to do. So it’s like living in the studio. In London there’s a few too many distractions,’ he said.

Wollheim said that Hockney would change remarkably when working on a project that excited him, sometimes appearing as much as ten years younger. 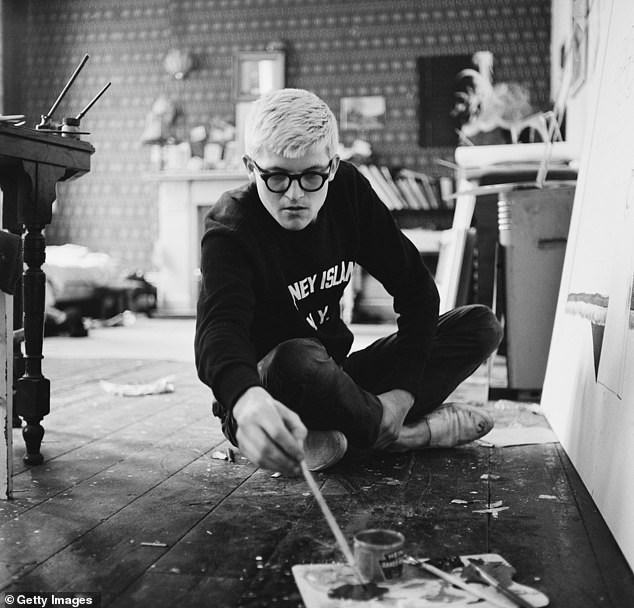 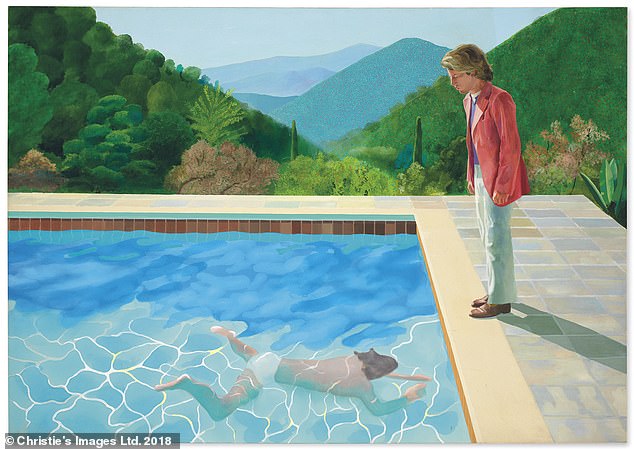 The film-maker, who followed the artist for five years, also said that Hockney’s reputation as a hedonist was unfairly gained largely due to the paintings he made in Los Angeles in the 1960s and 1970s.

‘In reality, his life is closer to an exhausting Calvinist work ethic,’ Wollheim wrote in The Art Newspaper.

‘He would point out that he depicted his friends and lovers asleep because they had been out partying and he had been up since dawn.

‘The Hockney I got to know over the 30 years of our friendship is someone who needs a project, sometimes in the grip of mania and possessed by a determination not to squander his creative gift.

‘He gets on a roll. Towards the end of the Yorkshire project, I received this text: ‘Have been in bed two days very exhausted, and sleeping most of the time, it’s a pattern in my life. I push myself too much and then just crash.”