Billionaire businessman David Koch, one of the richest men in the word and a prominent Republican party donor has died.

Details about the time and place and the circumstances surrounding the 79-year-old’s death are currently unclear.

He and his older brother Charles have been among the biggest donors to the GOP since the 1980s.

The brothers built their fortune from the company Koch Industries, which refines crude oil and is the maker of Dixie cups and Quilted Northern toilet paper, reported BNO News.

In June 2018, Koch stepped down from the company, saying his health was taking a toll on him.

He was diagnosed with prostate cancer more than 20 years ago, but it’s unclear if it contributed to his death.

According to Forbes magazine, his net worth was $42.4billion at the time of his death ranking him the 11th richest person in the world.

In addition to being a political donor, he was also a philanthropist.

He gave $100 million to the New York State Theater at Lincoln Center – subsequenty renamed the David H Koch Theater – and $65 million to renovate the plaza at the Metropolitan Museum of Art, reported BNO News. 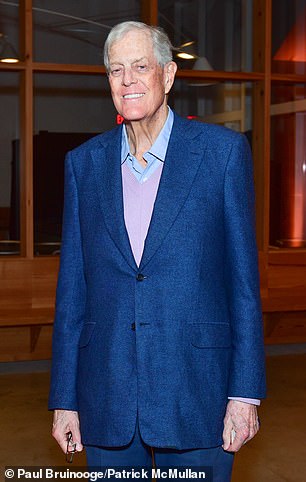 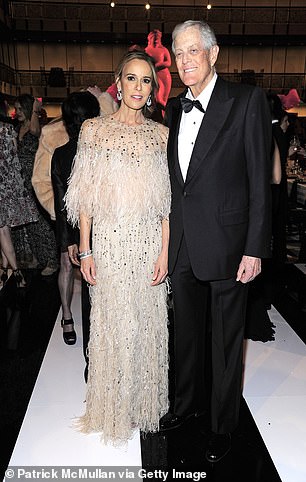 Details surrounding Koch’s death including the time, place and cause are unclear. He is survived by his wife, Julia, and their three children. Pictured: Koch at the 13th Annual Prostate in Water Mill, New York, August 2017, left, and with his wife Julia at the Winter Ball at David H Koch Theatre in New York City, March 2017, right

Members of the Koch family, including his brother, have not yet commented on his death.

He is survived by his wife, Julia, and their three children.

This story is breaking and we will be updating with more information as developments come in.