Legendary rocker David Lee Roth has announced his retirement from rock and roll.

The Van Halen frontman, 66, surprised all when he announced he’ll be done performing after his previously scheduled January 8th show at the House of Blues at Mandalay Bay in Las Vegas.

‘I am throwing in the shoes. I’m retiring,’ Roth told the Las Vegas Review Journal. 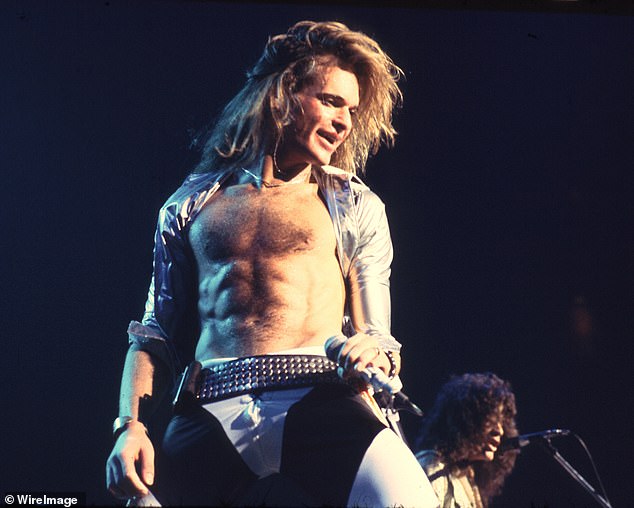 He didn’t dive into details with the paper, going on to say: ‘I’m not going to explain the statement. The explanation is in a safe. These are my last five shows.’

David plans on going out with a bang, set to rock at the House of Blues at Mandalay Bay on New Year’s Eve, New Year’s Day, January 5th, January 7th and finally on the 8th.

Tickets for those shows go on sale 10am PST on Saturday morning.

The announcement comes nearly a year after Van Halen had disbanded following the death of legendary guitarist Eddie Van Halen. 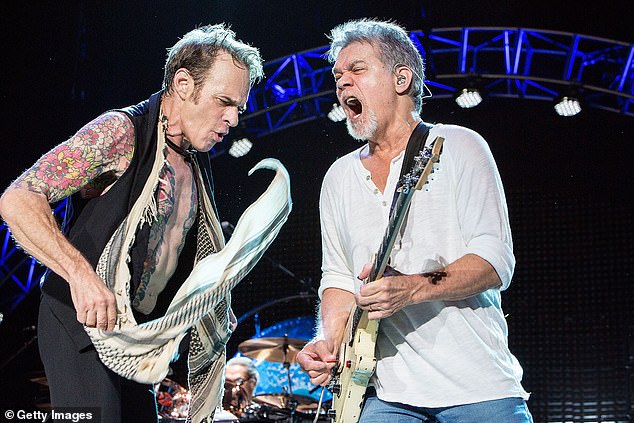 Sad: The announcement comes nearly a year after Van Halen had disbanded following the death of legendary guitarist Eddie Van Halen, David and Eddie are seen performing in Chula Vista, California back in September 2015

Eddie’s son Wolfgang Van Halen made the announcement that the iconic band had disbanded during a November 2020 appearance on The Howard Stern Show as he explained: ‘You can’t have Van Halen without Eddie Van Halen.’

David grew up in Indiana before moving to Pasadena, California in his teens where he began his music career by singing solo in addition to an R&B inspired rock group called Red Ball Jets. 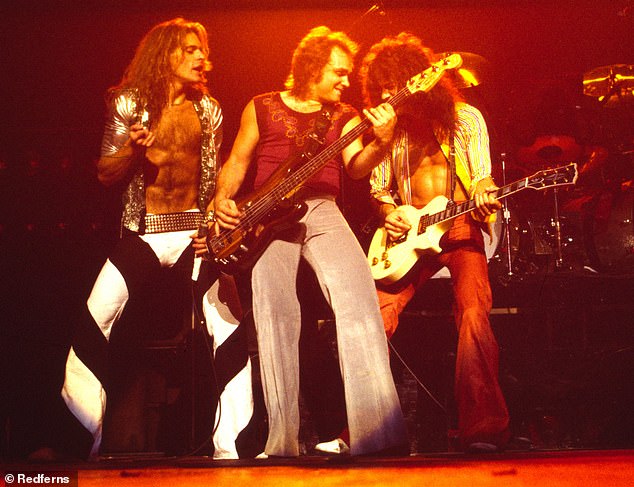 Humble beginnings: David grew up in Indiana before moving to Pasadena, California in his teens where he began his music career by singing solo in addition to an R&B inspired rock group called Red Ball Jets, e is seen with Michael Anthony and Eddie Van Halen at the Palladium in New York in March 1978

After a few failed auditions, Roth officially joined Mammoth as lead singer before they changed their name to Van Halen in 1974.

Roth claimed the moniker as his brainchild as he felt like it offered long-term identity, aesthetic, and marketing advantages much like Santana.

The band made their name in the Los Angeles area by performing original and cover songs before KISS frontman Gene Simmons took note and assisted them in producing a 29-track demo tape which created the framework for their first three LPs.

In early 1977, the band got their big break as Warner Bros. executive Mo Ostin and producer Ted Templeman signed them to a two album contract after seeing them during their four month stint at The Starwood.

They released their self-titled debut album in 1978 and earned significant national attention and radio airplay with singles including You Really Got Me and Runnin’ With The Devil. The album hit number 19 on the Billboard 200 and eventually sold more than 12million copies by 2014 and has been certified Diamond by the RIAA.

Van Halen went on to record four more platinum albums over the next five years in addition to several world tours.

Despite all of the success there was a creative rift between David and Eddie which all came to ahead when Roth left the band in August 1985 and brought along several employees who worked for the band.

Roth went on to focus entirely on his solo career after releasing EP Crazy From The Heat and accompanying film.

The album has plenty of success as it charted No. 4 on the Billboard Top 200 as it sold over 2million copies in the US alone and Roth hit the road on an arena tour in support.

Roth went on to release four more studio albums before reuniting with Van Halen in 1996 where he recorded two new songs for Van Halen’s Best Of – Volume I album.

However the reunion was short lived as Roth and Eddie reportedly threatened each other during an infamous appearance at the MTV Video Music Awards in September 1996. Van Halen ultimately opted to bring in Gary Cherone for the vocalist job.

Then over a decade later, Roth returned to Van Halen in January 2007 as they embarked on a 40-date arena and amphitheater tour.

The band went on to release their final album together – titled A Different Kind Of Truth – on February 7, 2012.

They remained an active band until Eddie Van Halen’s death in October 2020.