David Moyes’ bubble has burst at West Ham, a year ago they were flying high… now they’re a mess

The Boxing Day blues are nothing new for West Ham — their 3-1 defeat at Arsenal was the eighth time in their last nine games on cold turkey day that they have failed to win.

What will be of greater concern is that the loss sums up a sorry season that shows no sign of improving.

After back-to-back top-seven finishes under David Moyes, this campaign is shaping up to be a battle to beat the drop. West Ham were sixth in the league on the same date last season and going well in the Europa League, and after a Boxing Day defeat against Southampton, were about to go on a four-game winning run.

Now they are 10 places lower in the table, a point outside the drop zone and desperately in need of a win against Brentford on Friday to stop the rot. Here Sportsmail looks at where it has all gone wrong for West Ham.

After two excellent seasons (sixth then seventh and a Europa League semi-final) there was hope that after some exciting summer signings, this term would see an evolution of West Ham’s style. That has not been forthcoming. 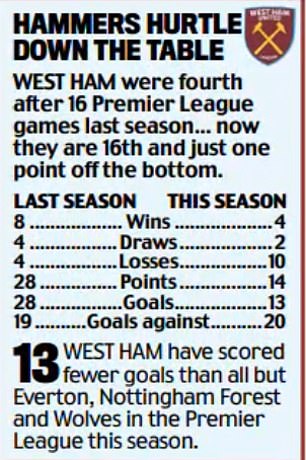 Their reactive, sit back and counter-attack approach — showcased once again at Arsenal — has been a cause for increasing complaint among supporters.

They might accept it when the results are coming but when they are not, as is the case now, it is hard to stomach. Fans would love to see two up top — strikers Michail Antonio and Gianluca Scamacca — and the team operating more on the front foot but that does not seem to be in Moyes’s playbook.

With the team higher up the pitch, £36million Lucas Paqueta, who excels for the Brazil national team, would also get more chance to shine. 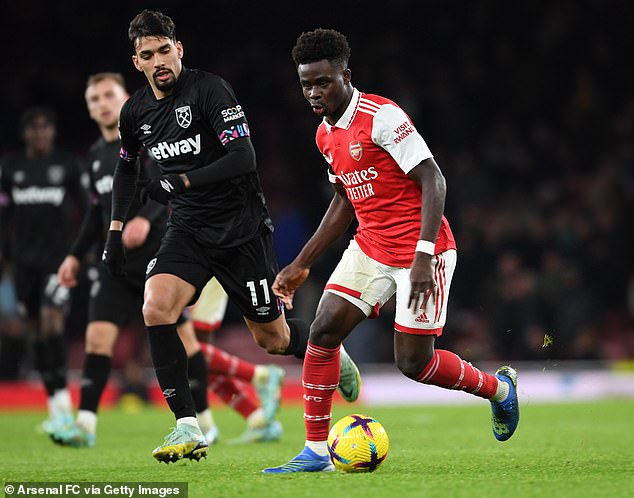 There is sympathy in some quarters for Moyes over the difficulties he has had transitioning his new players into the team.

He cannot argue that he has not been backed in the transfer market but he could claim he has been unfortunate with injuries.

Nayef Aguerd was a £30m defensive summer signing but any hopes Moyes had of building a backline around him have been ruined by injuries which have limited the Moroccan to just one Premier League appearance.

Scamacca, Paqueta, Maxwell Cornet and Emerson Palmieri have also all had their seasons disrupted by injuries, affecting their rhythm. 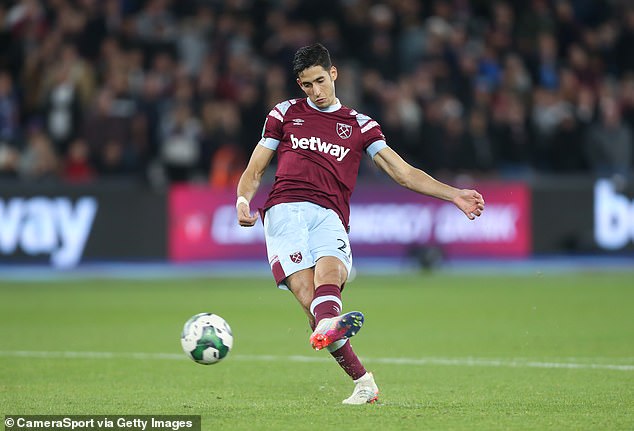 Their results on their travels are a real worry, with just one win in seven. And their hopes of improving that have not been helped by Moyes’s continuing difficulties when he takes teams to Arsenal, Chelsea, Liverpool and Manchester United.

Moyes has now done so 71 times in his career as a manager and failed to win. One consolation is that all those trips are out of the way for this season. 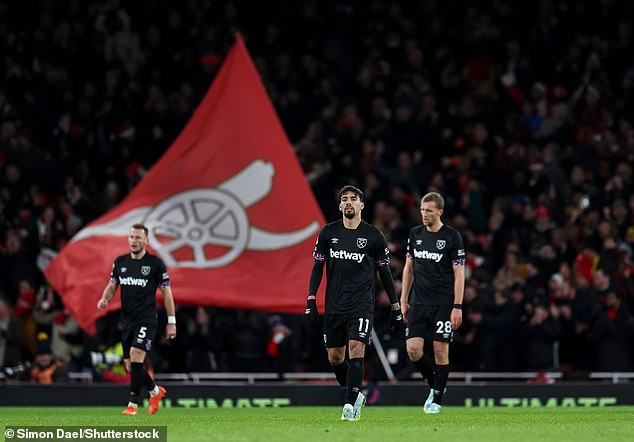 West Ham’s results on their travels are a real worry, with just one win in seven games

Dip in the mood

It was not that long ago that the boss was being hailed as the Moyesiah for the turnaround he had overseen at the London Stadium after returning for a second spell when they were one point and one place above the bottom three in December 2019.

The nickname is not as widely-used these days as many fans have turned on him and relegation concerns are beginning to creep in for some behind the scenes too.

That mood seems to be affecting the players. Celtic’s Ange Postecoglou is one manager who is gaining support among Hammers fans. The failure of Moyes’s players to deliver on post-match social media promises to ‘improve next time out’ after every setback is testing the patience of fans.

It is an open secret that this will be Declan Rice’s last season at West Ham. Rice could hardly have been clearer about his plans to secure a move to the next level while away with England during the World Cup.

Given his influence and role as captain it would be no surprise if the uncertainty around their most important player has had an effect, even if he continues to perform well in the heart of midfield. 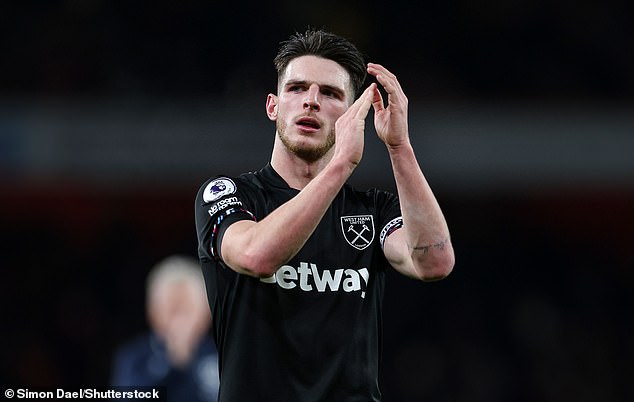 Sadly the same cannot be said of Tomas Soucek, who was once such an effective partner alongside Rice. He has not been the same since his first season yet has started every league game this campaign. That means alternatives, such as Paqueta or Flynn Downes, have yet to be explored.

Another player yet to hit former levels is Jarrod Bowen, who is a shadow of the player who won an England call-up last season.