David Walliams is slammed by fans for kissing a dolphin

He’s one of the most popular comedians in the business, beloved by fans as a judge on Britain’s Got Talent and a fundraiser who has undertaken numerous charity ventures for a good cause.

But David Walliams found himself slammed by fans on Sunday after posting a snap of himself holidaying in Dubai, kissing a dolphin as he enjoyed a swim with the animal.

The Instagram photo was immediately flooded with comments from angry fans, stating that the TV star was promoting animal cruelty by taking part in the activity.

Controversial: Comedia David Walliams, 46, was slammed by fans on Sunday after posting a snap of himself on Instagram kissing a dolphin

Why you should not swim with dolphins

Fans of the BGT judge seemed both shocked and disappointed that the star would engage in such an act considering David’s past charitable works for Sport Relief.

One wrote: ‘This is so disappointing to see. These creatures should not be kept in captivity and tortured!’

Another added: ‘Oh dear, time to delete/unfollow this celeb I used to look up too, big no no to captured dolphins’.

A third exclaimed: ‘No no no too sad. Dolphins should be in the wild and nowhere else. What a shame. #cruel #dolphins’.

One fan of the Little Britain star called the act #very cruel.’ while another stated they were ‘highly disappointed’ with the star.

Harsh: Fans were quick to slam the BGT judge for the act, saying that he was promoting animal cruelty

Brutal: Fans informed David about the treatment towards animals when they are trained to swim with people in aquatic parks

Nasty: Some said they had lost respect for the star because of the snap

Still a fan: The Little Britain star has become well known for his charity ventures, including raising a large amount of money for Sport Relief

Cruel: David was slammed by fans on social media for posting the picture while holidaying in Dubai

Unfair: The childrens author received masses of angry comments stating that he should know better 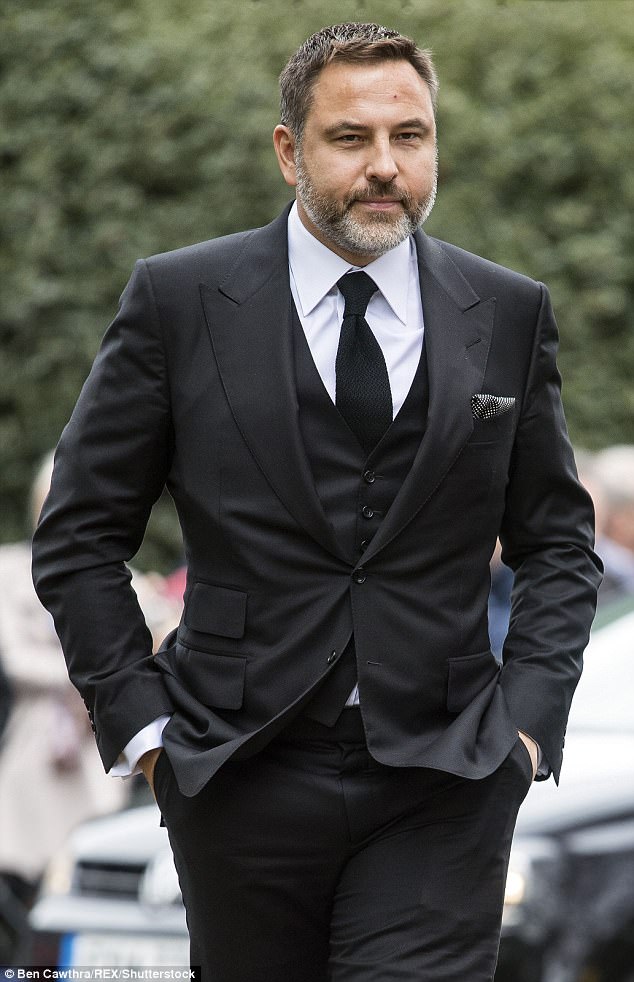 Sad: David had posted a slew of snaps from his holiday, including a snap of him with his Mum 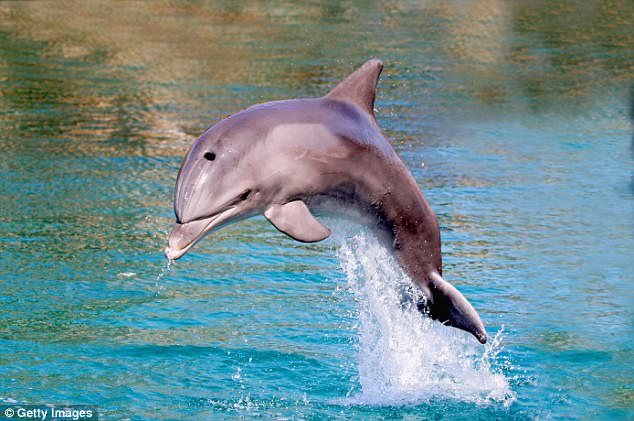 Majestic: Recent studies have shown that dolphins suffer for major stress when asked to swim with humans, leaving them unable to feed or nurture their young

Some fans jumped to David’s defence, joking that the dolphin made a poor substitute for David’s co-judge Simon Cowell.

One simply wrote that the kiss was ‘so romantic,’ while another said: ‘Eeeee Simon Cowell has changed quite a bit lol’.

Recent studies have revealed that dolphins find the experience of swimming with people traumatic and that it can prevent them from feeding or resting.

A study published in December 2016 also revealed that it makes them less susceptible to danger, putting them at further risk of death when out in the wild.

Defence: Some fans jumped to defend David, with one joking the dolphin made a poor substitute for his BGT co-judge Simon Cowell

Sweet: Another joked that the pair would make cute kids

‘This is alarming as conditioning could lead to a decrease in survival, which could have population-level consequences.’

Dr Horace Dobbs, founder and honorary director of International Dolphin Watch, said that we should not keep dolphins captive in aquatic parks or resorts, telling the BBC: ‘It would be like locking me in a lavatory. We should respect [dolphins] in the same way that we respect other people.’

A representative for David has been contacted for comment. 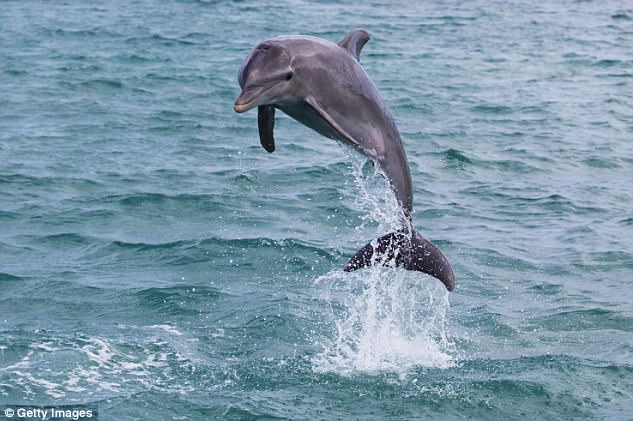 Respect: Researchers have stated that dolphins should be left alone and the animals should be be used for resort activities