David Warner doesn’t look like this anymore! Cricketer unveils new look after revealing he wants to enter politics after he retires from professional sport

The Australian cricketer, 35, wowed onlookers when he attended a day at the races looking every inch the stylish gentleman.

David adopted a clean shaven look for the occasion, as she posed for a selfie with wife Candice.

David Warner, 35, transformed himself into a stylish gentleman for a day at the races on Saturday alongside wife Candice (right)

The cricketing superstar looked slick in a plaid suit which he paired with a crisp white shirt and striped tie.

He opted to complete his look with a pair of fashionable frames and a fresh hair cut.

‘Giddy up,’ Candice captioned the photo shared to Instagram, in reference to the horse races.

Other photos showed a suited David posing with a group of VIPs at the races. 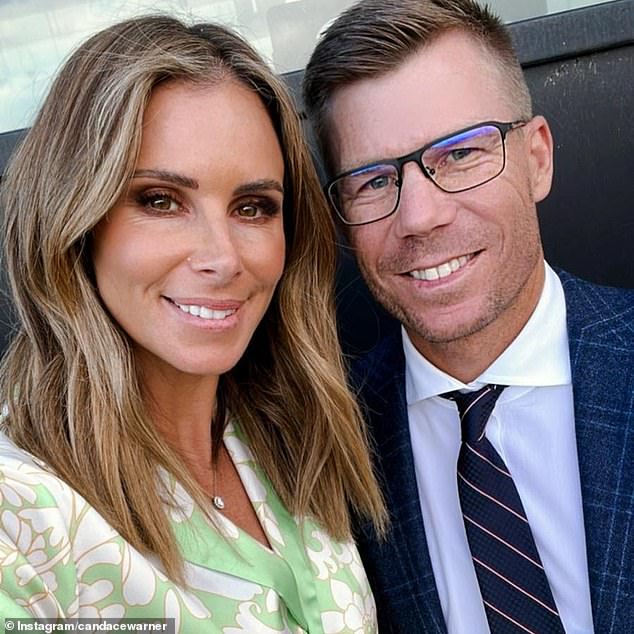 It comes nearly a year after David said he could transition into politics one day, with him wanting to heal a divided country.

Speaking to Stellar magazine in September 2021, he said his cricketing days were not forever and he was interested in public office.

‘My days as a cricket player are numbered, and the past two years have been like a bit of a sense of retirement for everyone,’ he said. 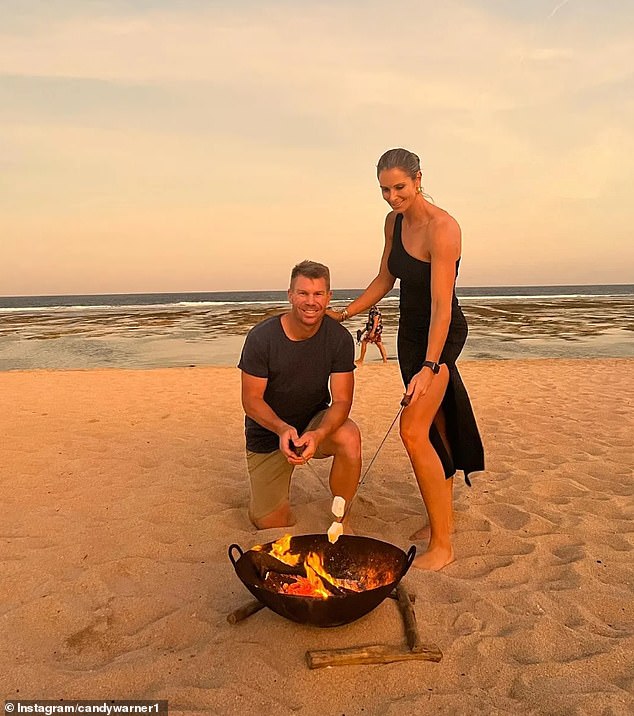 Fans are used to seeing David with a more relaxed look

‘A lot of people do say that I should look at politics. From where I sit in my life, I love global politics. And I do love the sense of helping people.’

He added that he is tired of how premiers are running the states – and thinks he could lend a hand.

‘I don’t know a lot about policies, but I’m sick of the bullsh*t that [politicians] want to try to throw,’ he said. 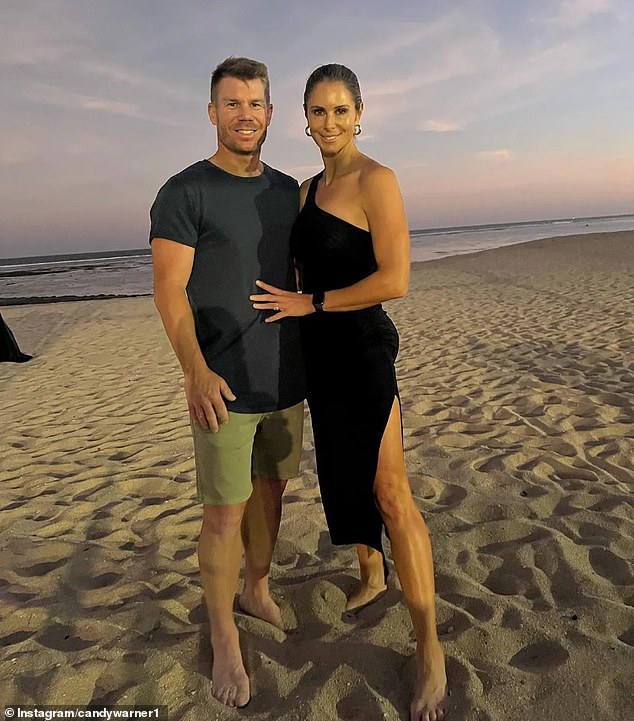 David often shows himself spending time on the beach

‘I love being part of a team. But when you’ve got state premiers who don’t want to work as a team and are throwing others under the bus, it’s not a great look for a country. It’s showing we are divided.

‘How are you supposed to teach your kids the importance of working together when our leaders aren’t?’ 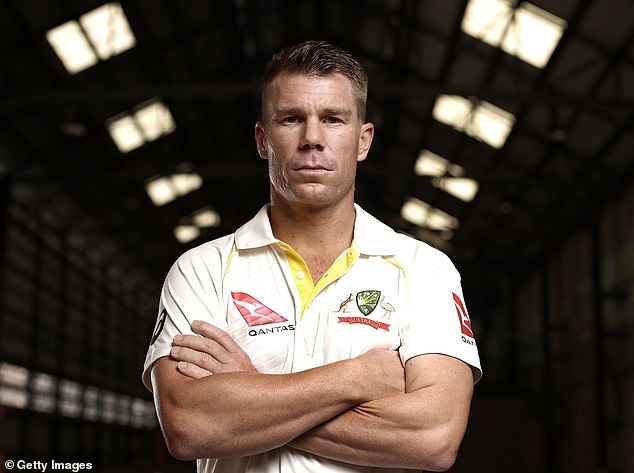