It sounds like a joke now, but until recently David Warner — the most disliked player in the world’s most disliked team — was known to team-mates as ‘the Reverend’.

But those outside Australia’s dressing-room bubble have not always regarded him as a natural man of the cloth. And, as his role in the ball-tampering scandal that has engulfed Australian cricket comes under increasing scrutiny, the nickname may have to be quietly shelved.

For a while, Warner managed to convince even himself that his ‘Bull’ persona — the bundle of venom who regarded no sledge as too contemptible — was a thing of the past.

After marrying Candice Falzon, a former professional ironwoman, in 2015 and becoming a father, he seemed to mellow. He stopped drinking, and his wife introduced him to John Novak, a mind coach. In turn, Novak introduced Warner to mindfulness — the western world’s adaptation of Buddhism’s search for inner calm.

It appeared to do the trick. Warner would deal with stick by telling himself three positive things about his critic. He adopted preacher-like poses to celebrate his centuries. In 2016, he was named Australia’s Sporting Father of the Year. He scored runs for fun, especially in one-day cricket.

‘I don’t know where they’ve taken the old Davey Warner,’ said a team-mate. ‘But I quite like this new version.’ 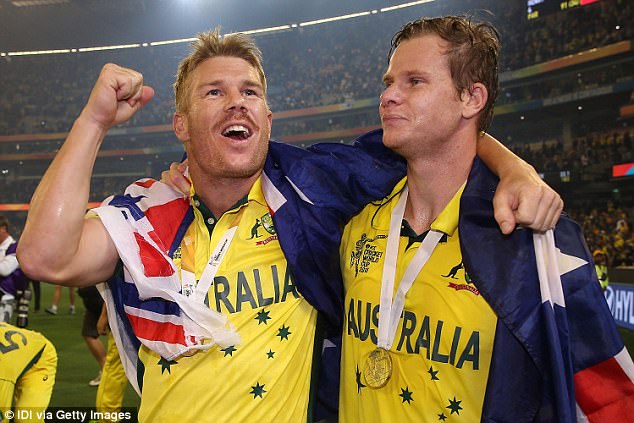 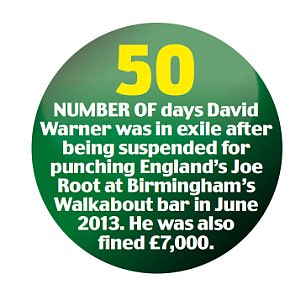 The media happily bought into the transformation. Here was the definitive Aussie larrikin, who had stacked shelves at Woolworths as a teenager, paid off his parents’ credit card bills, and overcome some hairy moments — including an infamous punch thrown at Joe Root in a Birmingham bar in 2013 — to rise to the Test vice-captaincy. What was not to like?

‘The boys call me the Rev now because they reckon the Bull’s been tamed a little bit,’ he said. Emboldened, he took to the pulpit last year to lecture South Africa after their captain Faf du Plessis was caught up in a ball-tampering row in Australia.

‘I just know from an Australian cricket perspective, we hold our heads high,’ said Warner.

‘I’d be very disappointed if one of our team members did that. The rules are in place for a reason. If you’re not going to use them, why bother having them?’

The sermon has not aged well. 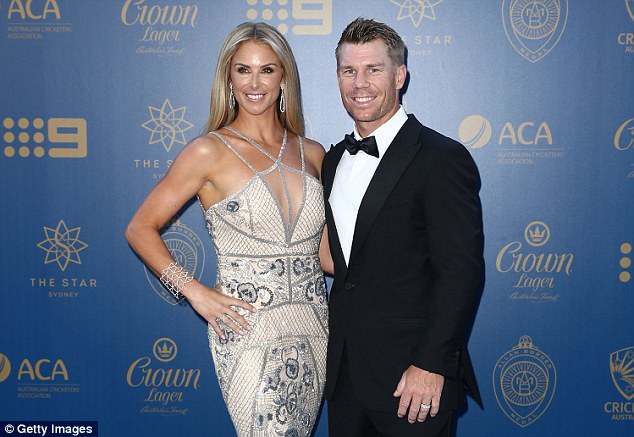 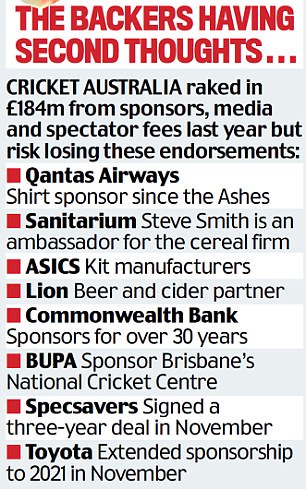 Worse, the Bull has since had other ideas. Sportsmail revealed on Monday that Warner told England players at an end-of-series drinks party how he had used a bandage on his hand to rough up the ball during the Ashes and help Australia’s bowlers achieve reverse swing.

And Cricket Australia’s investigation into the events that led to opening batsman Cameron Bancroft shoving an incriminating piece of sticky tape down his trousers in Cape Town, and captain Steve Smith admitting to cheating, is sure to focus on Warner’s role in the fiasco. A ban seems inevitable.

Yet the signs were already there that the Reverend’s halo had begun to slip. Ahead of the Ashes, Warner went full Bull, saying: ‘As soon as you step on that line it’s war. You try and get into a battle as quick as you can. I try and look in the opposition’s eyes and try and work out, ‘How can I dislike this player? How can I get on top of him?’ 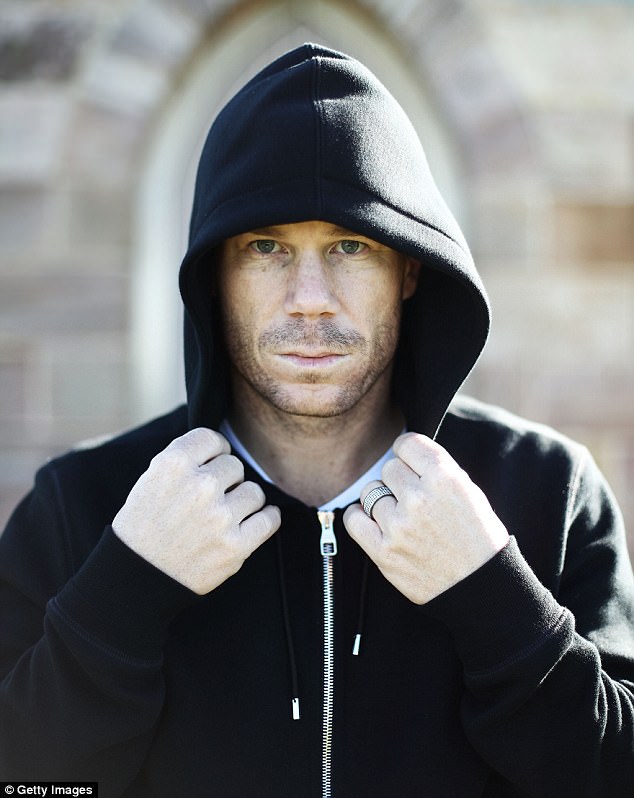 Warner was true to his word, leading the personal abuse aimed at Jonny Bairstow and generally rubbing England up the wrong way. This was the Warner of old, a character so addicted to nastiness that his abuse of a Test team-mate in an Australian domestic match once persuaded the victim not to shake his hand at the end of the game — cricket’s ultimate snub.

Candice deserved all the sympathy she got when her past was used as sledging material by South African players and fans. The trouble was, no one had any sympathy for her husband.

The reason was summed up by Gilchrist. ‘All his team-mates are saying, ‘The Reverend’s gone, Bull’s back’. It’s always a worry when someone is so extreme in one direction or the other. I think Davey’s got to find somewhere in between that.’

If Australia’s board, who stood him down from the vice- captaincy during the Cape Town Test, impose further sanctions, Warner will have plenty of time to consider his options.

Getting a decent nickname will be the least of his problems.