David Warner has credited his wife and family for his stellar return to international cricket at the World Cup after serving a 12-month ban for his role in the cheating scandal.

Warner returned to form on Wednesday, hitting a century against Pakistan for the first time in international cricket since the 2017 Boxing Day Test match.

Speaking after the match at Taunton, in Somerset in south west England, he praised his wife Candice for lifting him out of the dark times after the 2018 Sandpapergate scandal.

‘I was always coming back to international cricket if selected,’ Warner told reporters.

‘The thing that kept me going was my wife and kids.

Australian batsman David Warner has credited his wife (pictured, Candice) and family for his stellar return to international cricket after he was named player of the match 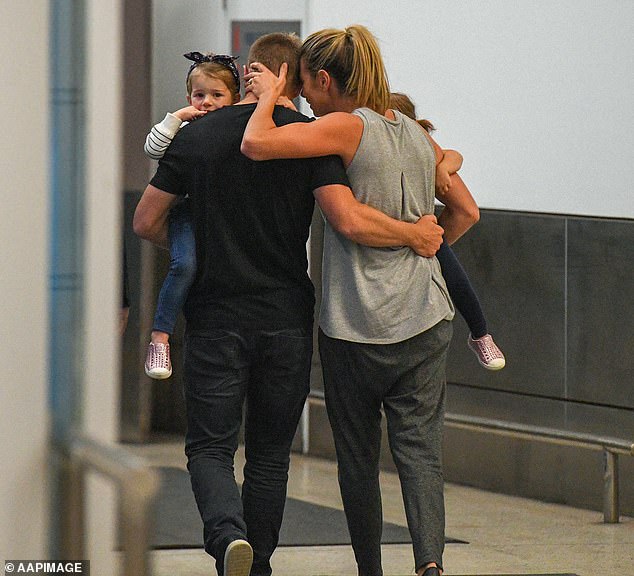 Warner’s comments marked the first time he has directly addressed the ball tampering saga since an emotional press conference held directly after the incident.

At the time, teammate Cameron Bancroft was caught roughing up one side of the cricket ball with sandpaper during the third Test against South Africa in Cape Town.

Then-captain Steve Smith was also involved and was given a 12-month suspension, while Bancroft received nine months.

‘She [Candice] got me out of bed a lot in those first sort of 12 weeks, and got me back running and training as hard as I could, and prepared for the other formats of the game I was playing and I did play,’ Warner said.

The 32-year-old will be reunited with his wife and two children – with the pair expecting a third child sometime this month – on Thursday for the first time since arriving in England.

He has taken to Instagram to heap praise on his support base as he gradually made his return to the pitch.

In an April 26 post, Warner posed with his family for a photo at a resort in India.

‘Family means the world to me and having them by my side when I do what I love gives me great comfort,’ he said.

His social media biography is also dedicated to this family in which he calls them his ‘world’.

Though despite the overwhelming support from family, Warner openly admitted that some demons had to be dealt with alone as he had concern his international career might be over following the ball tampering scandal.

‘There was always that going through my mind,’ Warner told reporters.

‘And I think that’s what drove me to keep being as fit as I can, keep scoring as many runs as I can in the Twenty20 tournaments that I was playing in. 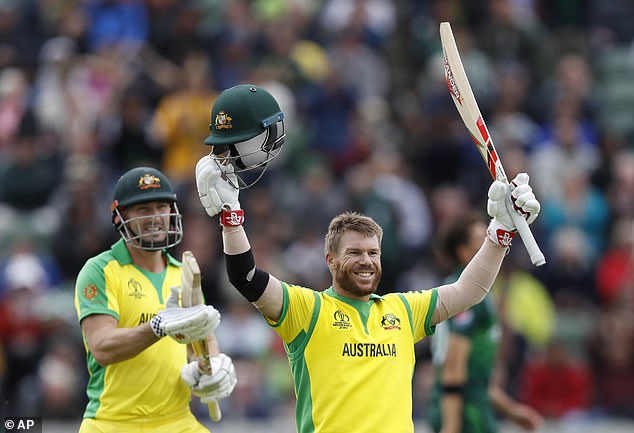 Warner returned to form after hitting a century – for the first time since 2017 Boxing Day – against Pakistan at Taunton, in south-west England, on Wednesday 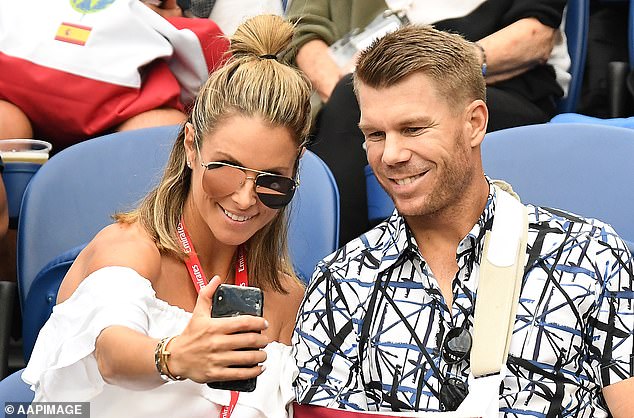 ‘She [Candice] got me out of bed a lot in those first sort of 12 weeks, and got me back running and training as hard as I could, and prepared for the other formats of the game I was playing and I did play,’ Warner said on his return to the pitch (pictured, Warner with wife Candice watching the Australian Open tennis tournament earlier this year)

‘Going through those tough times and sort of regrouping with myself to put myself in the best position to come back to international cricket.

‘I did everything I could. I really, really knuckled down and trained my backside off.’

Warner no doubt copped more flak than any other player in the fallout of Cape Town.

There were several reports he’d fallen out with teammates, and serious questions asked at least externally over whether he could ever return to the national side.

The 32-year-old was also served with a life ban from any leadership position in the Australian team, painted as the architect of the sandpaper plan.

A glute strain at the start of the tournament looked to jeopardise Warner’s return to the pitch.

Though following his standout performance against Pakistan and the team’s 41-run win over their opposition, he is now the second leading run-scorer in the World Cup.

‘Coming back, that soreness that you normally get, it put a smile on my face,’ he said.

‘I’m just grateful for this opportunity and as I said before, I’m just really looking forward to what’s coming ahead of us here in the World Cup.’ 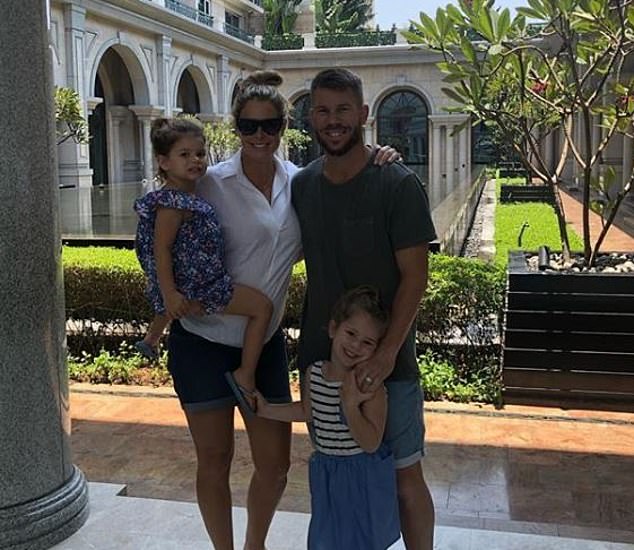 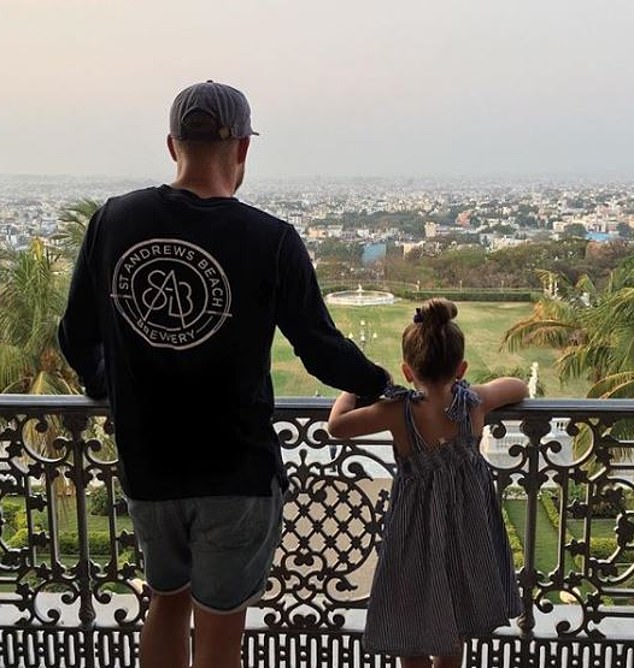 In an April 26 post, Warner posed with his family for a photo at a resort in India