Disgraced cricketer David Warner caused a stir when he celebrated his successful comeback to the crease on Saturday.

Coogee Oval in Sydney’s eastern suburbs was the scene of his cricket comeback on Australian soil since his involvement in the ball tampering scandal that saw him suspended from the national team.

With his parents, wife Candice and two young daughters watching on from the stands, Warner celebrated his century in style with his trademark leap in the air and raised his bat and helmet to salute to the crowd.

‘‪I never get sick of seeing this smile. Well done hubby on 155 not out today for. Always proud of you,’ Candice posted on Instagram afterwards. 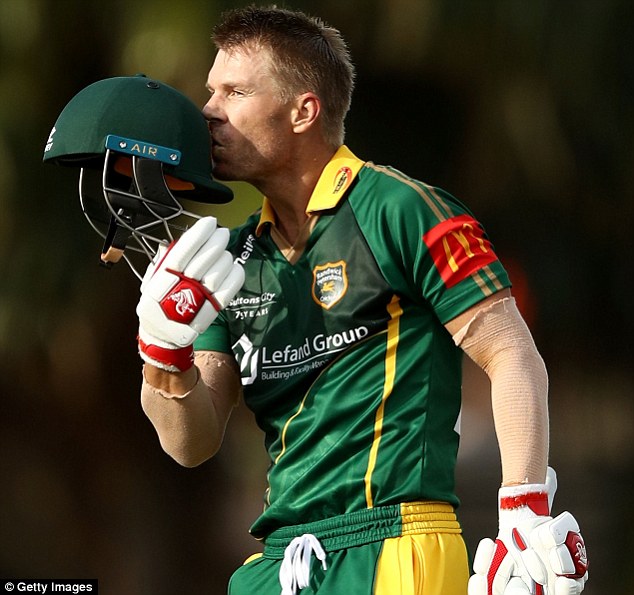 ‘You’d think he was playing in an Ashes series from that reaction,’ one fan commented.

Another added: ‘Why’s he jumping about like after scoring a hundred in the club cricket the absolute bellend?’

But there was some support for Warner, despite many fans still branding him a cheat.

‘Jeez now he can’t celebrate a good innings, get a life,’ one fan said.

Warner was still at the crease in the final over to help steer Randwick Petersham to a nailbiting victory. 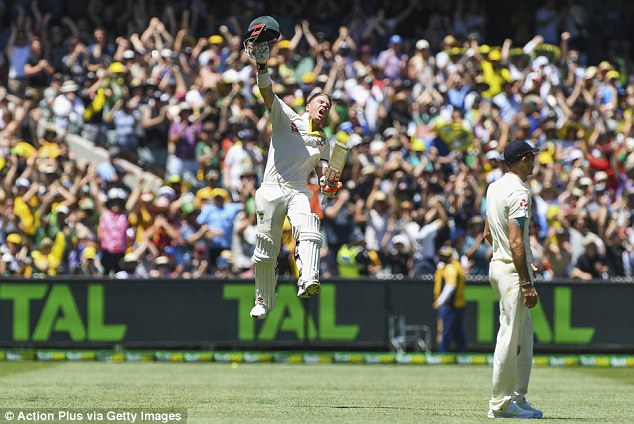 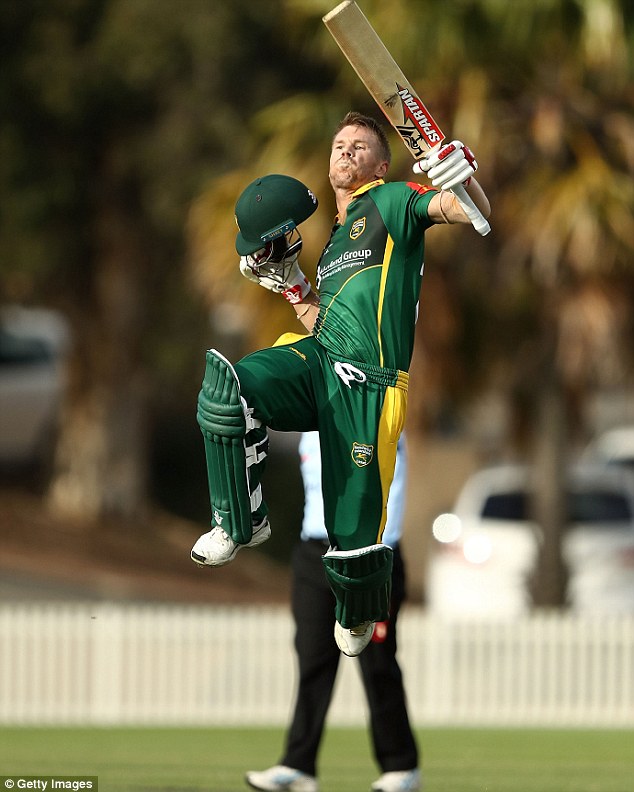 Warner also took a classic catch while fielding earlier in the game.

‘As the president of Randwick Petersham, I can’t remember as much stimulation and excitement around the club,’ former Australian Test bowler Mike Whitney told 7 News.

‘It’s emotional. After all the crap we’ve been through … There’s a lot of us here. Family, friends, the whole lot. We are close,’ Warner’s father Howard told The Daily Telegraph.

‘He’s lived through it and he’s coming out the other end hopefully.’

Warner is currently serving a one-year suspension from domestic and international cricket. 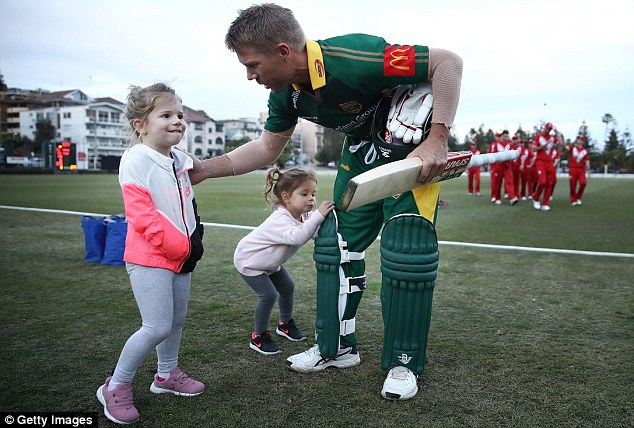