Davina McCall on how she noticed father had Alzheimer’s

Davina McCall has spoken emotionally about the tell-tale signs she picked up on that made her suspect her father Andrew had Alzheimer’s.

The TV presenter also revealed the man she ‘hero-worshipped’ growing up is coping well with his symptoms and despite change sin his personality has remained as charming as he ever was.

She reveals it is in fact her mother Gaby who she worries most about as the stress of caring with a loved-one of the degenerative disease takes its toll.

The Jump host, 49, said the family started noticing Andrew, who was diagnosed last year at the age of 73, was showing subtle changes in his behaviour and personality.

They picked up on him repeating a story he had told only 15 minutes earlier and forgetting events that happened in the previous few days.

avina McCall has praised her father Andrew (above) as incredibly ‘inspiring’, for maintaining such a ‘positive attitude’ during his Alzheimer’s 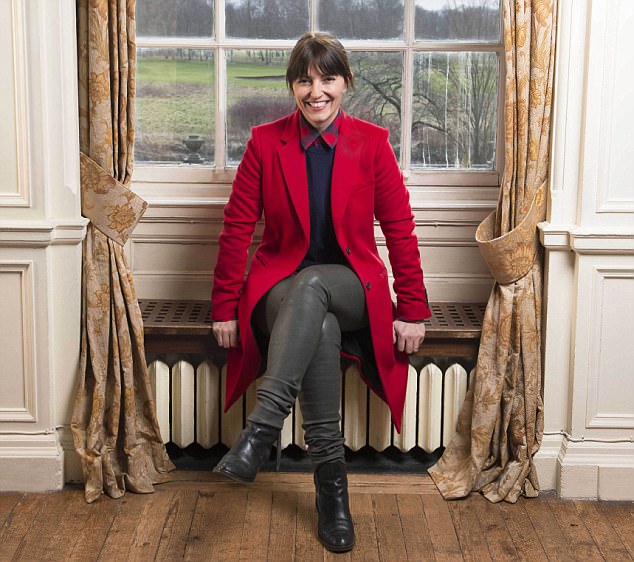 Eventually, Andrew started struggling to find the words he wanted to say and to find everyday items around the home, as well as making odd remarks.

Speaking ahead of this weekend’s memory walk in Brighton which Davina will be taking part in with her family for Alzheimer’s Society, the star said: ‘My dad has always been my rock. He’s way smarter than me, funnier, stronger. I’ve always slightly hero-worshipped him.

‘So when he started saying funny things like, “I took the overland train” and “Call me when your work is less explosive”, it didn’t take us long to all come together and ask each other if we should be concerned.

‘The psychologist that first assessed him said that he could have been affected for a while – but he is so clever that he had come up with strategies. That’s my dad – see a problem, come up with a strategy.’

It’s tiring for my mum

Davina, who recently presented ITV programme  Long Lost Family, said her father has maintained a really positive attitude during his Alzheimer’s and has become calmer as the disease has emerged.

She explained: ‘My dad is very charming, everyone he meets falls in love with him. That’s one thing that hasn’t changed.

‘He still gives the best hugs and my kids adore him. Since he’s had Alzheimer’s, he has become calmer and kids respond very well to that. 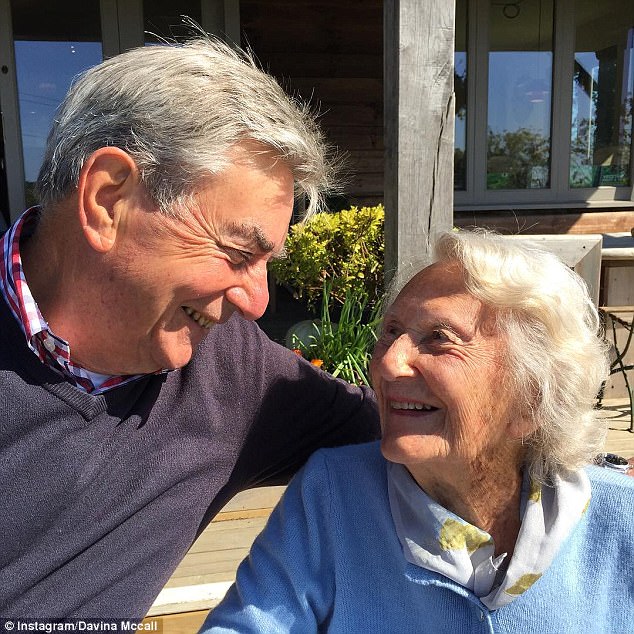 Davina’s father Andrew was diagnosed with Alzheimer’s last year at the age of 73, while her grandmother Pippy also battles dementia (both above) 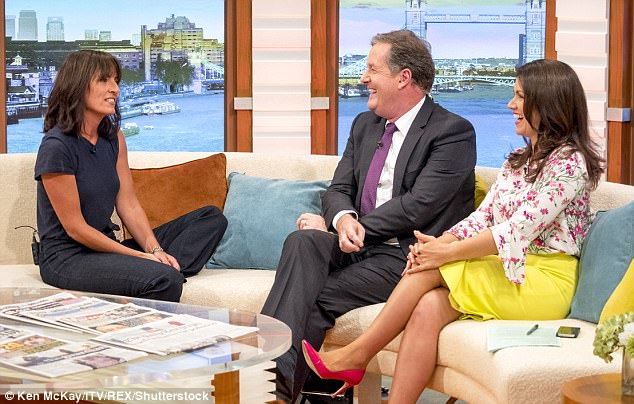 The Jump host went on Good Morning Britain when she explained her close relationship with Andrew has not faltered, but simply changed slightly as he adapts to his deteriorating memory

The fitness fanatic has confessed her father’s diagnosis had made her aware of her own health – resulting in several tearful phone calls to her GP voicing her concerns she will develop the disease too.

She explained to Good Housekeeping in April: ‘I have called my doctor twice, in floods of tears saying, ‘I’ve definitely got Alzheimer’s disease.’ She is so nice to me and says, ‘If you had Alzheimer’s, you wouldn’t be calling me about it.’

She has told me I’m only forgetful because my inbox is full and I have cognitive overload.

‘None of us knows what’s going to happen around the corner. You just have to enjoy life.’

‘I have grieved the loss of my old dad. But we are forging a new relationship, a different one – one where perhaps he might need me more. Our dynamic has changed, but he’s still my dad.’

The former Big Brother host, whose grandmother Pippy also battles dementia, is concerned about how her mother will cope as Andrew deteriorates.

However, she said her family are standing strong together.

‘The person I do worry about is my mum. It’s a lot, watching the man you love struggle and I know it’s tiring for her,’ she added.

‘Each day is a blessing. We as a family are learning to adapt fast. Each step we discuss together.’

Indeed, Davina and her parents are uniting together to raise awareness and funds for the disease by joining this year’s The Alzheimer’s Society’s Memory Walk in Brighton.

‘Admit that you need help’

Gaby has spoken out to urge others to seek help as soon as they see early signs of disease in their loved one.

She has lived with Davina’s father for 43 years and said it’s important to discuss the illness openly as a family.

‘Talk about it together on a regular basis,’ she said. ‘Don’t be embarrassed. Andrew is lucky because he is not at all embarrassed and tells everyone about his diagnosis.

‘You will have some very frustrating times and your patience will be constantly tested. 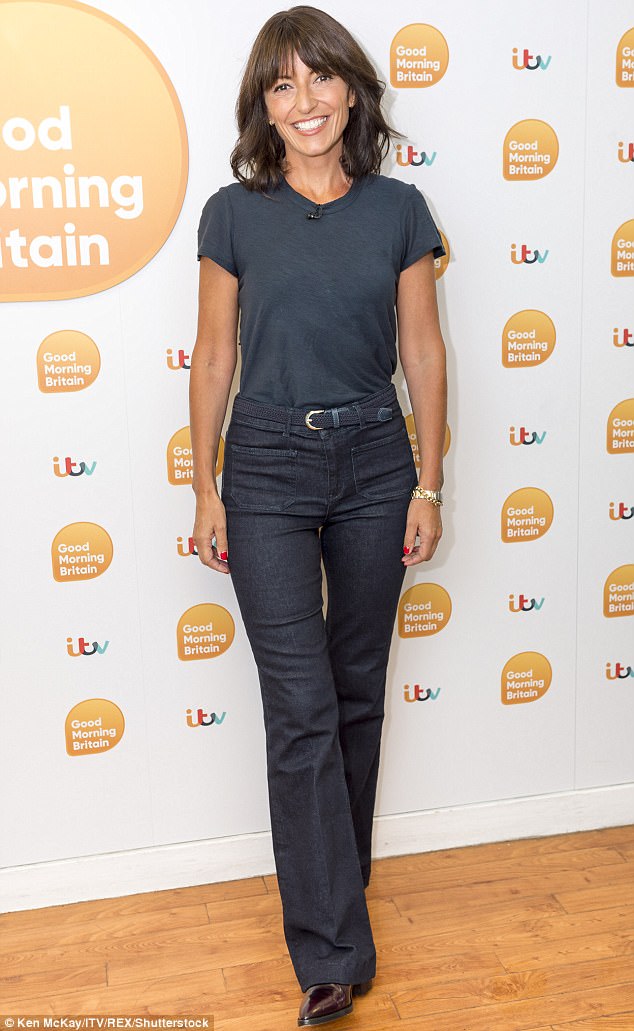 On the show in July she said: ‘He’s not aware of the changes he’s going through as much as we are, but Dad said to us, “Let’s talk about it.” He wants to show everyone it’s not the end of life’ 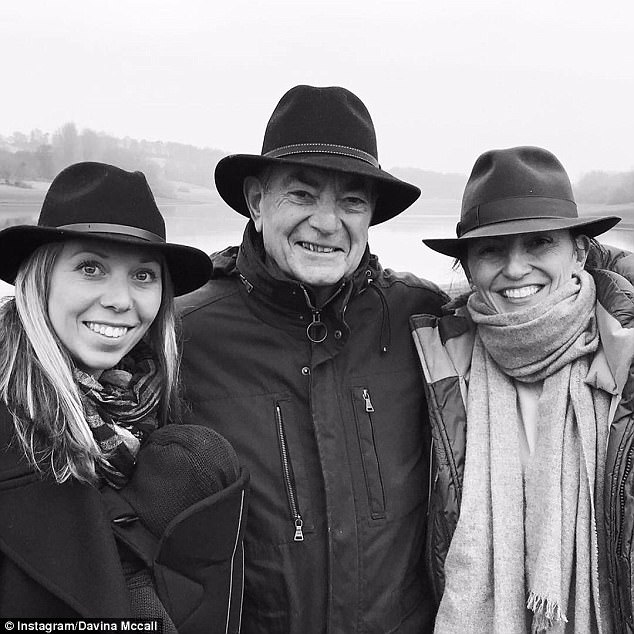 Back in April, Davina confessed her father’s diagnosis had made her aware of her own health – resulting in several tearful phone calls to her GP 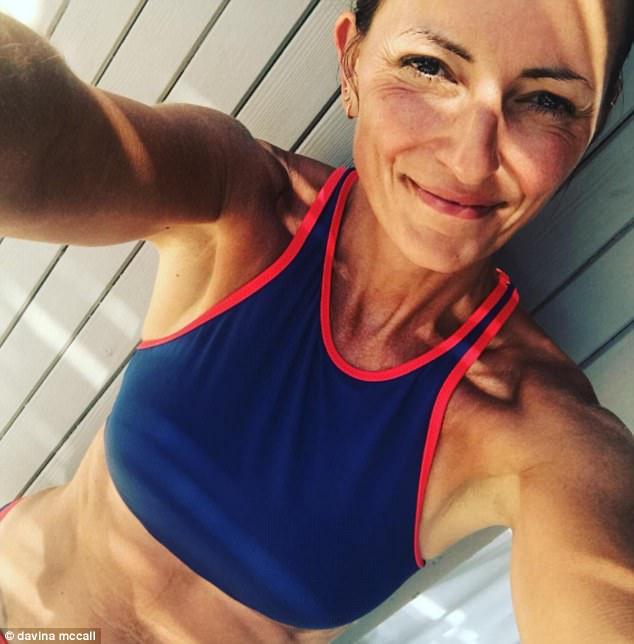 The Jump host is now preparing to take part in The Alzheimer’s Society’s Memory Walk with her father, and his wife Gaby, as active campaigners for the charity

‘As a partner and carer you need to look out for yourself too. It’s sometimes hard to admit that you need help. It’s not a sign of weakness; it’s inevitable at some point.’

Speaking for the first time about developing dementia, Andrew said: ‘My family noticed the signs before I did.

‘I am blessed with a strong streak of optimism and there is no doubt that it has helped me come to terms with the diagnosis.

‘I’m doing what I am told to do by the professionals: no more alcohol, plenty of exercise, plenty of reading and challenging my brain to keep things working as much as possible.’

Alzheimer’s disease is the most common type of dementia, affecting an estimated 850,000 people in the UK.

This autumn there are 34 Memory Walks taking place nationwide, including the first night walks in London, Liverpool and Cardiff in mid-October.

Jeremy Hughes, chief executive of Alzheimer’s Society, said:  ‘Alzheimer’s Society’s Memory Walks are going from strength to strength each year – which is just as well because with dementia set to be the 21st century’s biggest killer, we must all come together to unite against it.