Davis bids to seal transition in Brussels amid Brexiteer warnings

David Davis and Michel Barnier today declared they have made a ‘decisive’ step in sealing a Brexit transition deal.

The EU chief negotiator and Mr Davis announced the long-awaited breakthrough at a press conference in Brussels.

The transition will end in December 2020, while the UK has also given ground on free movement rights and fishing quota rules.

However, Britain will be freed to negotiate and strike trade agreements after the formal exit date next March.

The package could now be signed off by EU leaders at a summit later this week.

However, Mr Barnier stressed there are still difficult arguments about the Irish border.

Mr Barnier said: ‘We were able this morning to agree – after all those days and night of hard work – of a large part of what will make up that international agreement for the orderly withdrawal of the United Kingdom.

‘A decisive step remains a step. We are not at the end of the road and there is a lot of work still to be done on important subjects including Ireland and Northern Ireland.

‘But this decisive step will be presented by me on Friday.’

Mr Davis said the settlement gave ‘certainty’ to businesses in the UK and the EU.

‘We must seize the moment and carry forward the momentum of the last few weeks,’ he said.

‘The deal we struck today…should give us confidence that a deal good for the United Kingdom and the EU is closer than ever before.’

The pound rose sharply against the US dollar and the euro as the apparent breakthrough was unveiled. 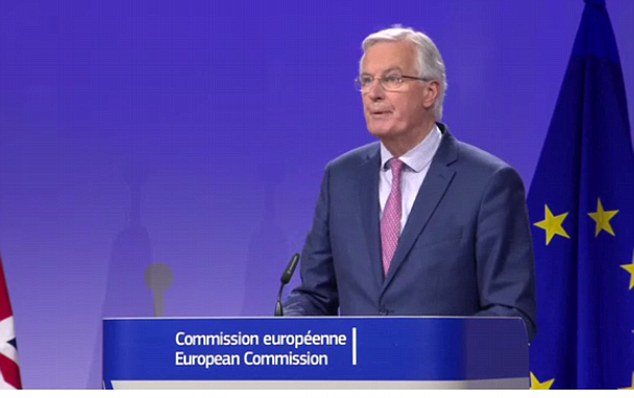 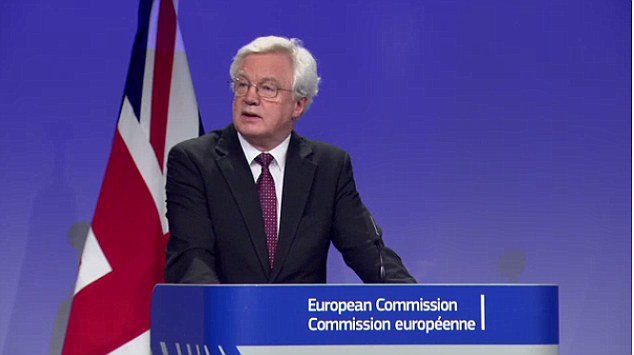 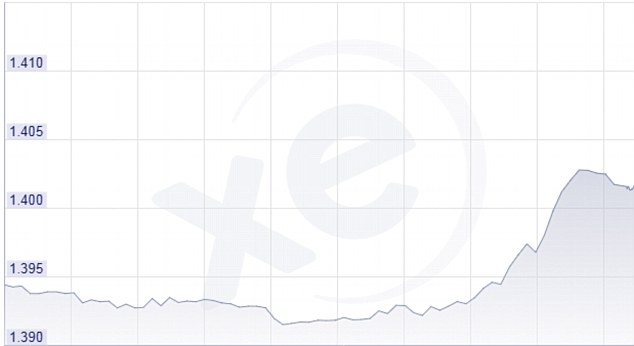 Mr Barnier reiterated the importance of the ‘backstop’ on the Irish border that was agreed by Mrs May before Christmas.

That deal meant if no other solution could be found the UK would agree to align closely enough with EU rules to avoid a hard border.

The UK has angrily dismissed a legal text prepared by Brussels setting out the backstop arrangement, saying it would effectively rip up the UK.

Outlining the deal today, Mr Barnier said: ‘The UK will no longer participate in the European Union decision making processes, simply because after the 30 March 2019 it will no longer be a member state.

‘The UK will preserve all the benefits and advantages of the single market, customs union and European policies, and will, therefore, be required to respect all the European rules just like member states.’

EU nationals arriving in the transition period will have the same rights as those arriving before, he added.

Mr Davis said: ‘The United Kingdom will be able to step out, sign and ratify new trade deals with old friends and new allies for the first time in more than 40 years.

‘These will come into force when the implementation period ends, providing new opportunities for businesses across the UK and seizing one of Brexit’s greatest opportunities.

‘We have agreed those international agreements arising from our EU membership continue to apply as they do now.

‘Businesses can be confident there will be no disruption to existing trade relationships when we leave the EU.’

Mr Davis said the UK remained committed to the divorce deal agreed before Christmas, including the provisions on the Irish border.

But he said he believed the wider trade deal could be ‘so close’ that no additional measures would be needed to guarantee a soft border.

Earlier, senior Tories upped the pressure on the government to hold firm in the looming discussions about a post-Brexit trade deal.

Jacob Rees-Mogg warned Britain will become a ‘joke nation’ if the EU prevents it striking trade deals outside the bloc. 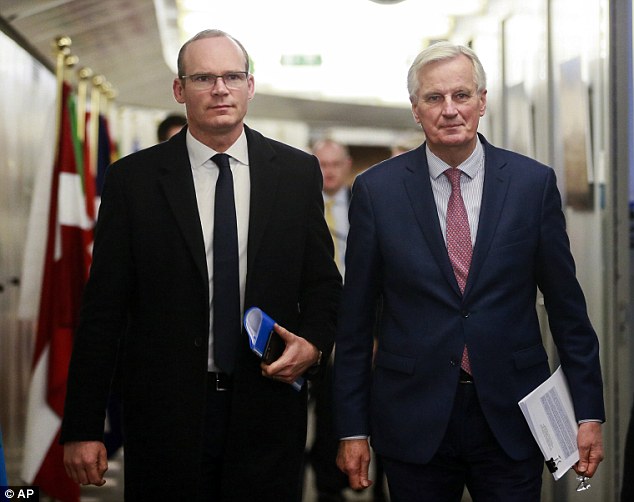 In an article for The Daily Telegraph, Mr Rees-Mogg – who chairs the Brexit supporting Conservative European Research Group – wrote: ‘Britain has to decide if it is a serious country or a joke nation.

‘It would be humiliating for others to have cause to think thus of us.

‘The United Kingdom will not accept being a subservient state.

‘In the case of tariffs, once we have left the EU, it is non-negotiable that our trade minister should be able to respond to any threat of increased tariffs from other nations as suits our national interest, not the EU’s.

‘We must be able to negotiate and sign trade deals.

‘Yet this does not depend just on our legal ability to do so.

‘It depends on how other countries view us.’ 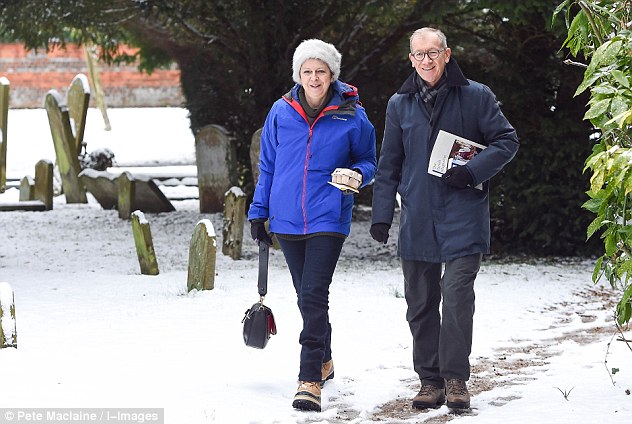