Matthijs de Ligt is set to join Barcelona for £60million this summer – but the defender’s move from Ajax is reportedly being delayed by the demands of his agent Mino Raiola.

The Ajax captain, still only 19, has emerged as one of the finest prospects in European football having led the Dutch side to within seconds of the Champions League final.

Barcelona are believed to have beaten the likes of Manchester United to his signature, but De Ligt’s impending move to Catalonia still reportedly has one hurdle to clear.

Ajax captain Matthijs de Ligt, only 19, is set to join Barcelona for £64million this summer 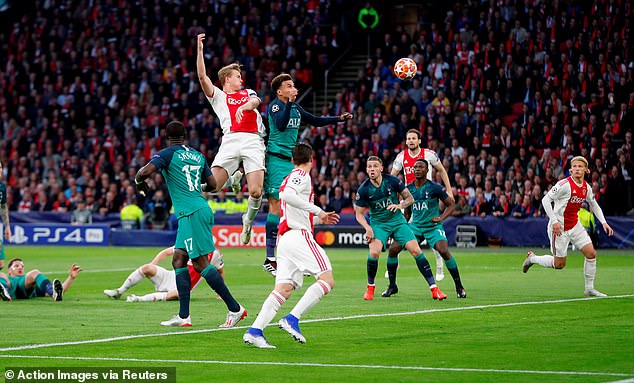 According to Marca, the £60m deal has been held up by Raiola, who has concerns over the cut he would receive.

The Spanish paper insist neither Barcelona or Ajax are too worried given they have already agreed a fee for the defender’s transfer.

De Ligt is also set on the move but Raiola is believed to be holding out for 20 per cent of the fee, around £12m. Agents traditionally receive between five and 10 per cent of any deal they broker.

Ajax are reportedly resisting as they don’t want to miss out on the money, given they have already lost midfielder Frenkie de Jong to the La Liga giants. 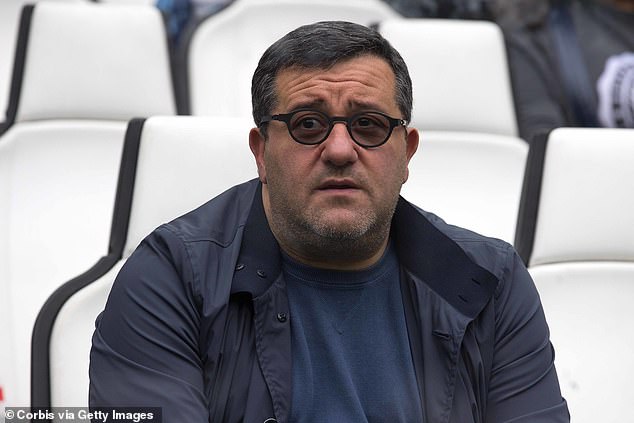 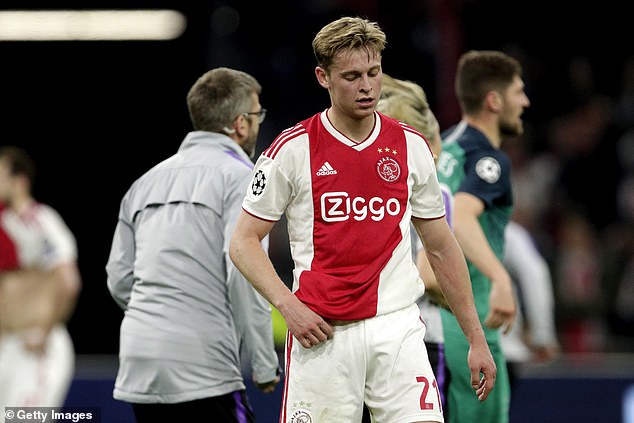 So according to Marca, Raiola is hoping another club comes in with a higher offer to help him secure his 20 per cent cut.

Ajax, meanwhile, are believed to be keen to tie up the deal as soon as possible so they can use the money to rebuild their squad next season.

‘I think these will be De Ligt’s final games with Ajax,’ Ajax chief executive Edwin Van der Sar said after their defeat by Spurs. ‘I think he’ll go to England or Spain.’