It seemed like a major crime for Allenhurst, a town of less than 700 people in southeast Georgia.

A female body was spotted by the railroad tracks at around 2pm on Tuesday, not far from Dunlevie Road. Liberty County deputies gathered at the scene and waited for the coroner.

It took a while before they realized the joke was on them: The corpse was actually a sex doll.

Liberty County deputies arrived at the scene near Dunlevie Road at around 2pm on Tuesday, where they found what appeared to be a female body

Under department policy, deputies can’t touch a dead body until the coroner arrives. 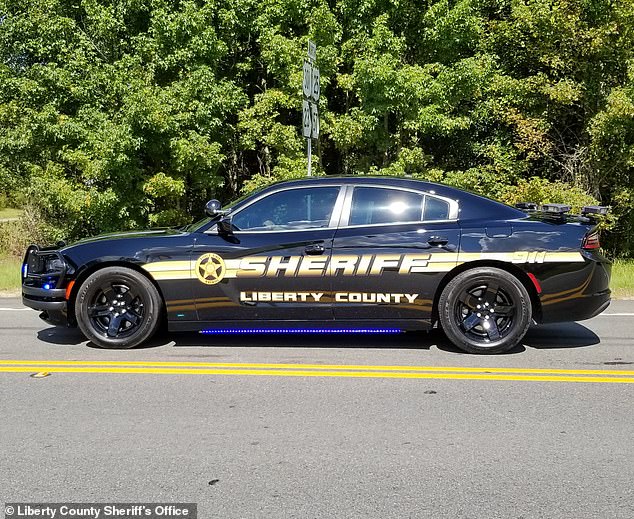 Under department policy, deputies could not touch the body and had to wait for the coroner to arrive. The coroner determined that the body was actually a sex doll

Once the coroner came to the scene, detectives began checking the body for injuries and immediately realized it was a sex doll.

Detectives said it was anatomically correct, with realistic features and was fully dressed.

It’s unclear whether authorities will investigate. Albritton said he’s never encountered an incident like this.