Tehran has repeatedly dismissed a series of mysterious explosions as nothing more than unfortunate accidents.

And this weekend, Iranian media wheeled out a former mayor to dismiss Saturday night’s blast – which sent shockwaves through buildings and left one man injured in the capital – as nothing more than an ‘explosion at a factory making gas cylinders’.

But they were embarrassingly caught out not long after – when other media outlets discovered the mayor of Garmdareh had been dead for over a year.

The Tehran Fire Department quickly jumped in to say the explosion – which caused power outages – actually occurred in two-storey house’s basement which contained around 30 gas cylinders, The Jerusalem Post reports.

They implied that the injured man worked with the cylinders  and this caused the blast to occur.

A string of explosions have swept across Iran over the past two weeks, amid suspicions that Israel or the US may have been behind at least one of them 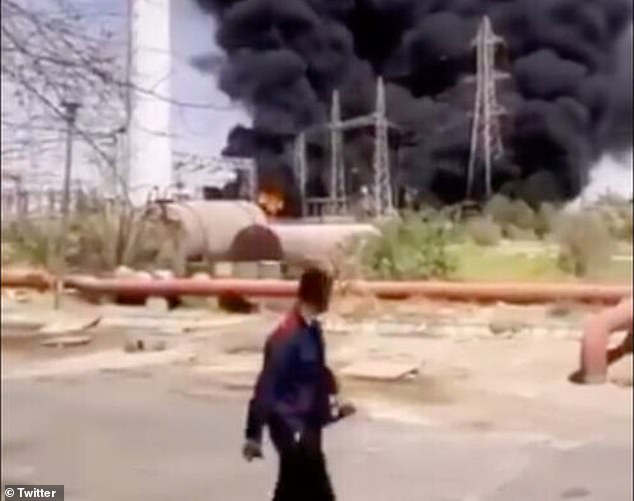 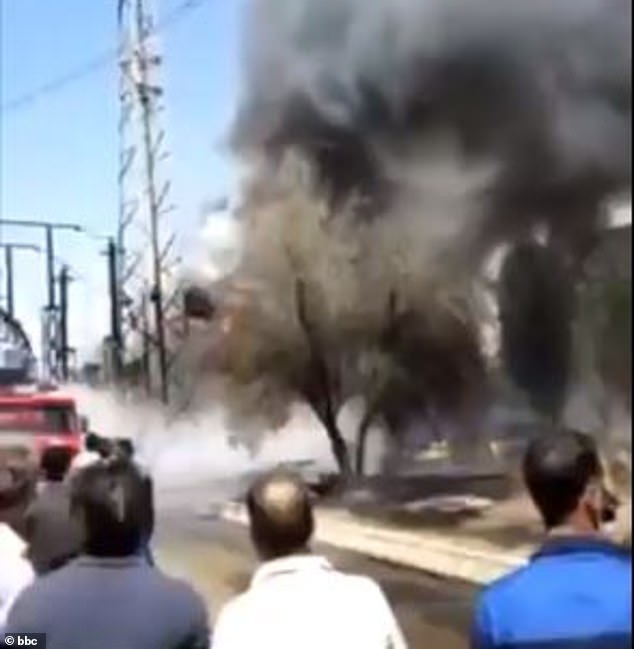 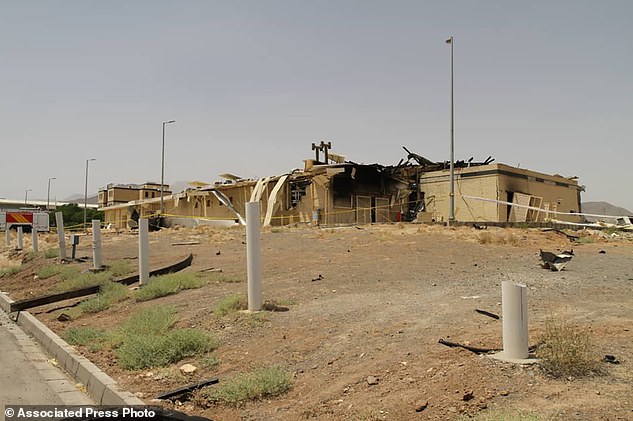 On July 2, a fire and an explosion occurred at Natanz uranium enrichment plant (pictured) which develops centrifuges. These are needed to make uranium – and other nuclear weapons 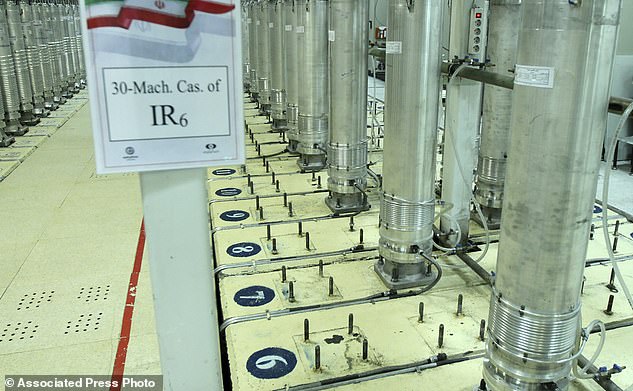 The blunder adds fuel to the wide-spread belief that Iranian officials are furiously trying to hide the real reasons why explosions keep occurring – and sparks questions about whether Israel and the US could be behind the attacks.

Other reports have suggested that an anti-government group that call themselves the Homeland Cheetahs have claimed responsibility for some of the attacks.

The incident on Saturday was the latest in a series of explosions.

The first happened on June 26. A factory making cruise missiles and another producing ammunition were hit in Khojir, Tehran, local media reported. 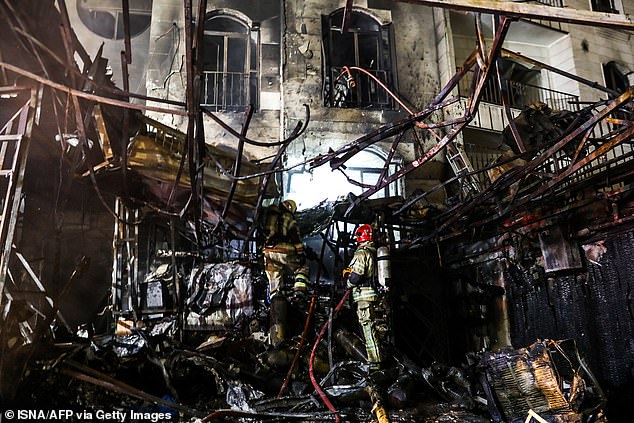 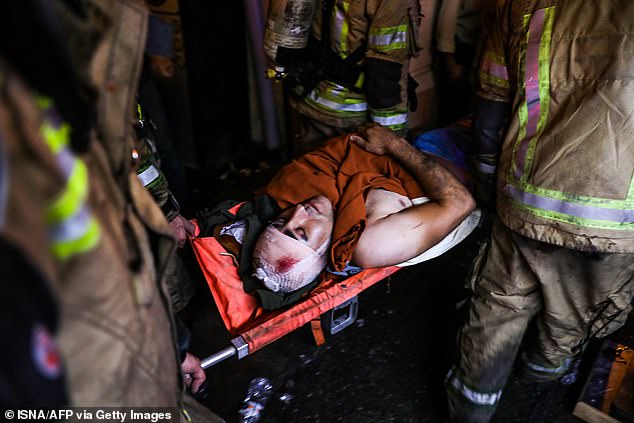 Pictured: First responders carry away an injured person on a stretcher at the scene of an explosion at the Sina At’har health centre in Tehran 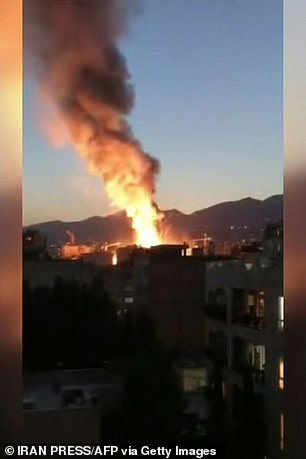 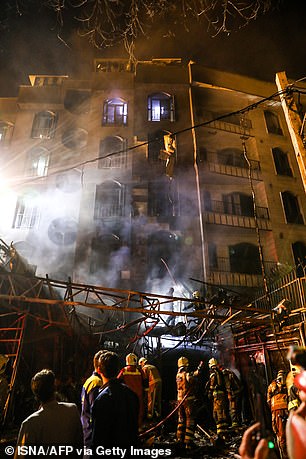 This was then followed by a gas leak at a medical clinic which caused an explosion killing 19 and injuring six on June 30.

Then on July 2, a fire and an explosion occurred at Natanz uranium enrichment plant which develops centrifuges. These are needed to make uranium – and other nuclear weapons.

A fire then broke out on July 4 at the Zergan power plant in the city of Ahvaz in southwestern Iran.

The blaze caused a transformer in the station to explode and ignite the plant – which in turn caused partial electricity outages before it was put out.

Another fire was reported on Sunday at a facility belonging to the Shahid Tondgooyan Petrochemical Company in southwest Iran – but was quickly contained.

The fire was caused by an oil leak but did not lead to any casualties, Mohsen Beyranvand, the governor of Mahshahr county said, according to IRNA.

This fire occurred shortly after the explosion in the basement of a home in Iran.

Cyber-intelligence expert and CEO of TrustedSec David Kennedy added: ‘Although many are asking the question, was this a cyber-attack or physical sabotage, the answer could be “both.”

‘The most likely suspects are the U.S. and Israel working in tandem.’