A Polish immigrant, who committed suicide in prison, is the prime suspect in the killings of two prostitutes in the mid-1990’s.

The Schenectady County District Attorney’s Office announced Monday that the evidence makes the Polish immigrant the prime suspect in the killings of 17-year-old Suzanne Nauman and 37-year-old Phyllis Harvey.

Nauman’s naked body was found in a field along a Schenectady golf course in May 1995. She had a history of cocaine abuse, and turned to prostitution to support her addiction.

In a statement from the DA’s office it says: ‘Her clothes had been mostly removed, she had bite marks on her exposed breasts, leaves had been stuffed into her mouth and throat, and a sneaker lace had been tied tight around her throat as a ligature.’

‘She died of asphyxiation due to strangulation.’

Harvey, who battled heroin, was reported missing a month earlier and her body was later found on a back porch of a Schenectady home.

Maciag, who was 37-years-old when he died, killed himself in Auburn state prison in 1997 after being convicted of unrelated sexual abuse charge. 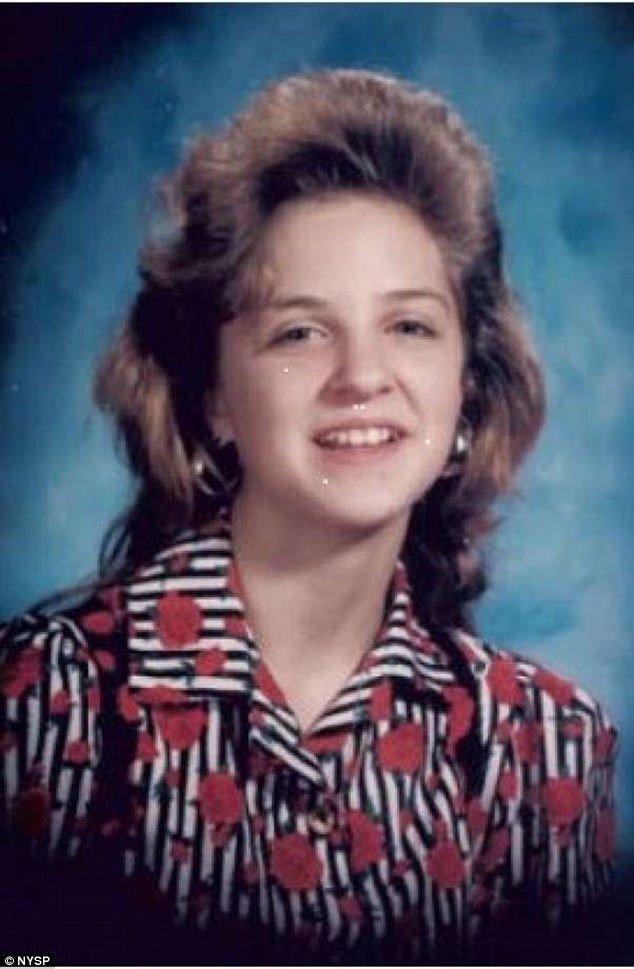 17-year-old Suzanne Nauman’s (pictured above) naked body was found in a field along a Schenectady golf course in May 1995. Maciag killed her 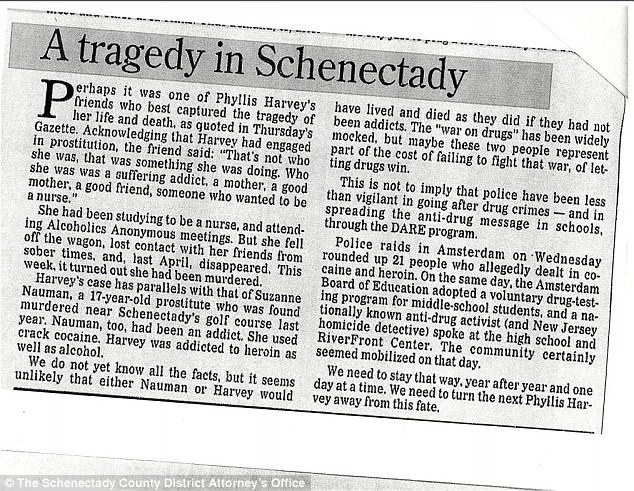 He hanged himself with a bedsheet in Auburn Correctional Facility on April 7 and according to a DA statement he reportedly told another inmate: ‘I’ve done a lot of bad things, and I have to pay.’ 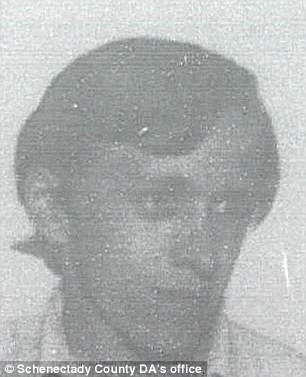 Maciag (above) hanged himself with a bedsheet in Auburn Correctional Facility on April 7 and according to a DA statement he reportedly told another inmate: ‘I’ve done a lot of bad things, and I have to pay’

They wanted to acknowledge this recent information to exonerate a man who was once blamed for the murder of Nauman, her then boyfriend Keith Gauvreau.

‘Keith Gauvreau has committed crimes and paid for them, but he did not murder Suzanne Nauman.’

The DA’s statement said: ‘Both Gavreau and Nauman were crack cocaine users and Gavreau was angry with her that night because she was engaging in acts of prostitution and smoking crack with other people and he couldn’t find her.’

‘He allegedly told one witness he was going to hurt her when he did find her, and showed another witness a knife that he claimed he would use to kill anyone who was with her.’

‘In April of 1996, Gavreau was arrested and charged by police with the murder of Suzanne Nauman and a second individual, Kenneth Martin, who was found dead of blows to the back of his head, on October 17, 1995.’

‘He [Gavreau] was falsely accused of this crime, and we need to publicly acknowledge his innocence,’ District Attorney Robert Carney said at the Monday morning news conference. 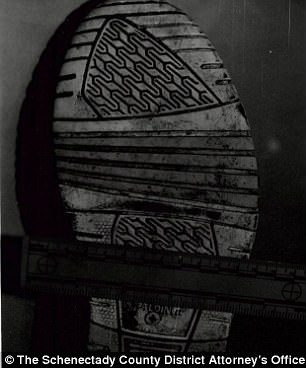 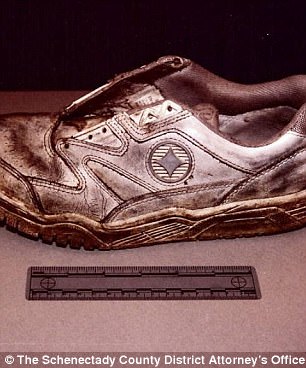