The family of a deaf man who was fatally shot by an Oklahoma City police officer said the cop should be arrested and the shooting needs to be investigated on state and federal levels.

In a statement released through their attorney, family members of Magdiel Sanchez called for the Oklahoma State Bureau of Investigation and U.S. Department of Justice to open separate investigations into the shooting of their loved one.

‘We are devastated by Magdiel’s death and the fact it occurred at the hands of (Oklahoma City police) even though he was not a suspect for any crime, was not breaking any laws, and was standing in his own front yard with his trusted walking stick,’ the family said in the statement.

‘It is truly unconscionable that a man in Magdiel’s condition and circumstances would be killed by the very people who the community looks to for protection.’

The family also accuses Oklahoma City police Chief Bill Citty of rushing to release information before an investigation is complete in an attempt to ‘taint the investigation in his officer’s favor.’

Police have said officers who responded to a hit-and-run accident Tuesday night encountered the 35-year-old Sanchez holding a metal pipe. Witnesses yelled ‘he can’t hear you’ before the officers fired, but they didn’t hear them, police said. 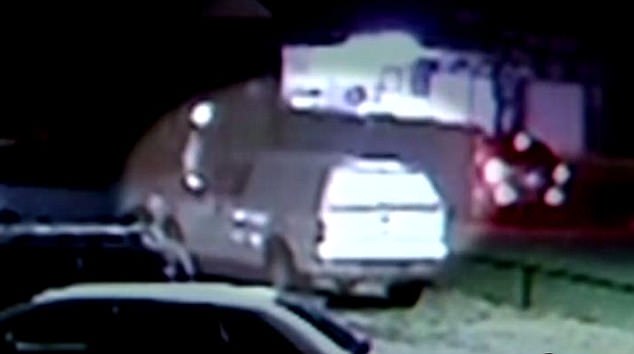 The pickup truck being driven by Sanchez’s father (dark colored vehicle, behind the white truck) is seen flipping onto its side with its headlights aligned vertically after colliding with a car 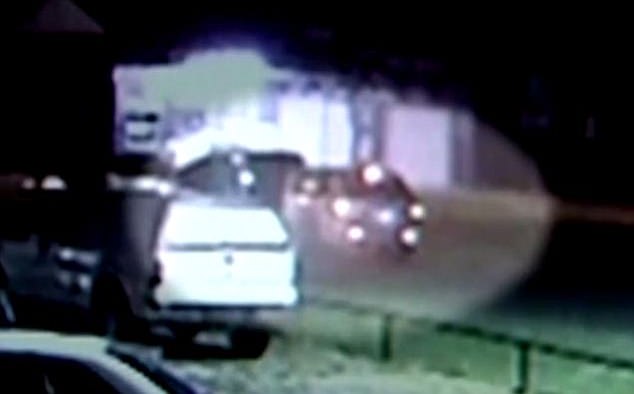 The truck rolled completely over in the intersection. The circumstances of the crash are not yet completely clear

The Oklahoma Association for the Deaf said Friday that police have reached out to the organization since the shooting, but that more needs to be done, including teaching officers to recognize the deaf and learn to visually communicate with those who can’t hear.

Association Treasurer Johnny Reininger told The Associated Press through an interpreter that not all deaf people use sign language and many use hand and arm gestures to communicate.

‘At this time our deaf community feels frightened,’ Reininger said. ‘This is a very sticky situation right now between the deaf community and the police force.’ 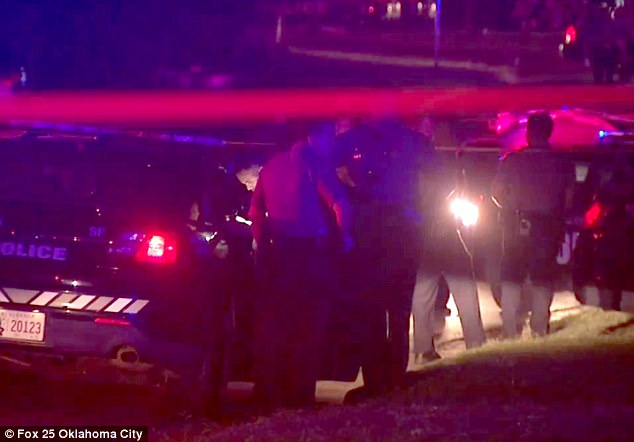 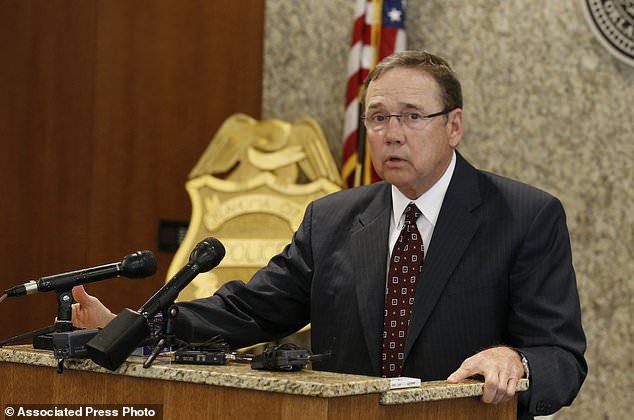 ‘Recruits who go through the academy… receive four hours of training on dealing with the deaf and hard of hearing,’ Mathews said. ‘Every year we have to go through mental health training, so we receive training, not just on hearing disabilities, but mentally challenged people as well.’

One of the sessions is titled ‘communication with the deaf and hard of hearing,’ according to Mathews.

‘Chief Citty is in contact right now with the Oklahoma Association (for the Deaf) and he plans to discuss with them further about the shooting that took place,’ Mathews said. ‘We’re always receptive to ways to improve.’

One officer fired a Taser at Sanchez and the other a gun. Sgt. Chris Barnes, the one who shot the gun, is on administrative leave pending an investigation.

Mathews, a 30-year veteran of the Police Department with five years in the homicide division and four years in internal affairs, said he doesn’t recall a similar shooting by police in the city.