Dean Laidley is not alone

The AFL community has rallied around troubled former coach and player Dean Laidley but if he needs further reassurance that he is not alone in his struggles he doesn’t have to look far.

The plight of a ‘woman trapped in a man’s body’ is one he shares with several high-profile members of the sporting community and the way they have won the battle to find ultimate peace and acceptance should offer a measure of hope as the 53-year-old father-of-three faces his darkest hours.

When news that the former North Melbourne coach and premiership-winning player had asked to be addressed as ‘Daniella’ after being arrested wearing women’s clothes and a long blonde wig in Melbourne on the weekend broke, it came as no surprise to many within the AFL world.

Laidley’s cross dressing and suspected drug use – the second issue possibly exacerbated by the first – has been an open secret within the game and media for years.

This photo emerged after Laidley’s arrest in St Kilda on May 2, sparking concerns about the AFL legend’s wellbeing 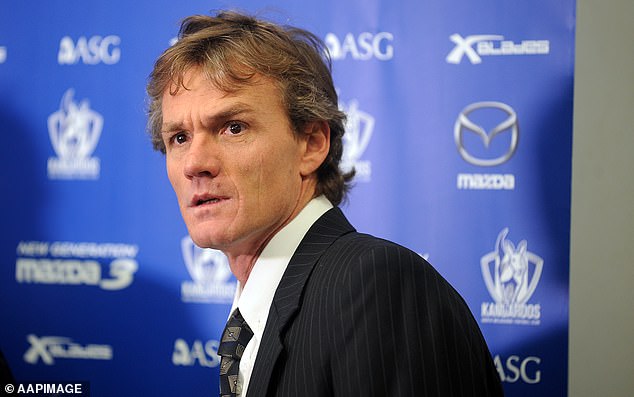 Many of his friends and colleagues had pleaded with him to seek assistance and several, including former teammates Anthony Stevens and Scott Watters, premiership-winning coach Mick Malthouse and ex-North Melbourne player and current CEO of the AFL Coaches Association Mark Brayshaw, have been quick to offer support in the days since his arrest.

The pervading public opinion since photographs of an obviously distressed ‘Daniella’ were published on social media has been sympathy, combined with anger at the police officers who allegedly leaked the images.

But if Laidley wants proof that there can be light at the end of the tunnel he needs only read down the list of other sporting figures who also wrestled with gender identity.

The most well-known of these are Dr Renée Richards and Caitlyn Jenner. 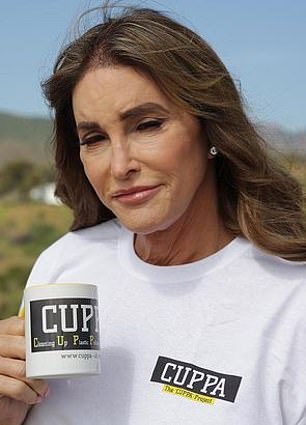 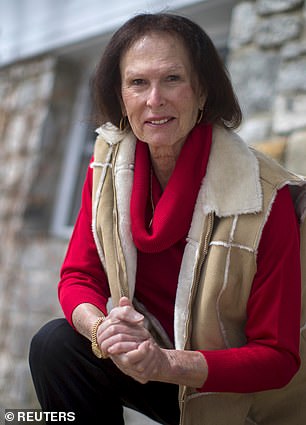 Caitlyn Jenner (pictured) underwent gender reassignment surgery in 2016, while Renée Richards (right) did the same in 1975

Born Richard Raskind, ophthalmologist Richards was a divorced father of one when he underwent a sexual realignment operation in 1975 and two years later launched and won a discrimination case against the US Tennis Association after being banned from competing in the US Open.

She then competed on the pro circuit for the next four years, reaching a highest ranking of 20.

As Bruce Jenner, Caitlyn Jenner was considered the greatest all-around athlete in the world when winning  the decathlon gold medal at the 1976 Olympics.

She then had a career as a Hollywood leading man, fathered six children and became a reality TV star on ‘Keeping up with the Kardashians’.

In 2017 she underwent sexual realignment surgery. Considered the most famous transgender person in the world, she holds the distinction of being on the cover of Sports Illustrated magazine twice – once as Bruce, pictured winning the Olympic gold medal at Montreal, and once as Caitlyn wearing the medal around her neck 40 years later. 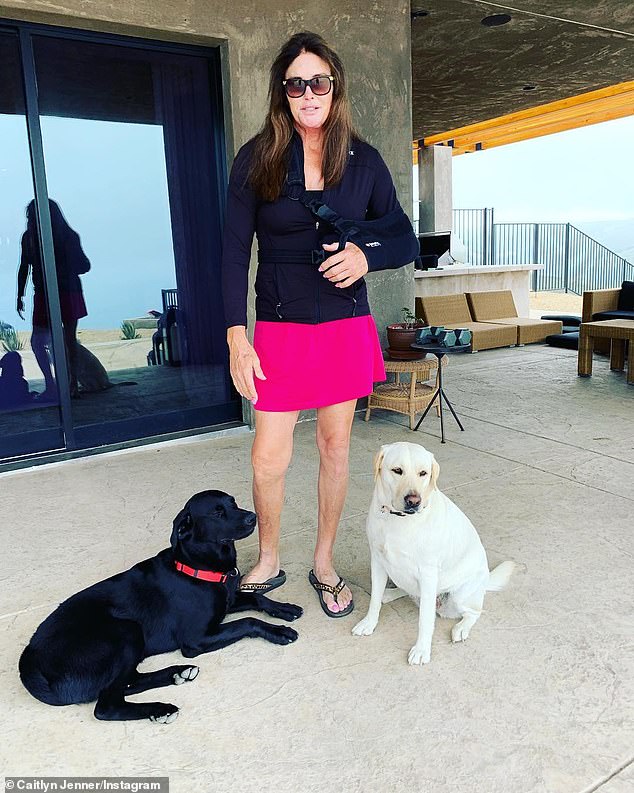 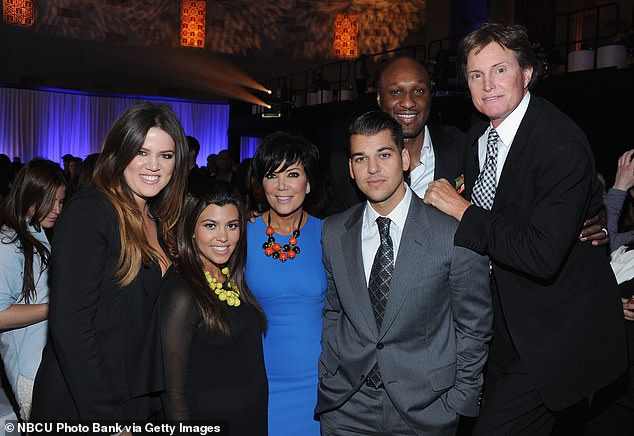 In 2004 Danish-born Australian golfer Mianne Bagger became the first transgender person to play in a professional golf tournament when she was invited, as an amateur, to play in the 2004 Women’s Australian Open.

While she missed the cut, the positive publicity she received during the event led to her gaining admission to the European pro circuit and paved the way for other transgender golfers such as former male cop Lana Lawless, Jamie O’Neill and Bobbi Lancaster to make a living from the sport.

Laidley would no doubt feel an affinity with Hannah Mouncey, who represented the Australian men’s handball team at the 2013 World Championships.

Following hormone therapy she qualified for the Australian women’s handball side and then turned her attention to Australian Rules football. 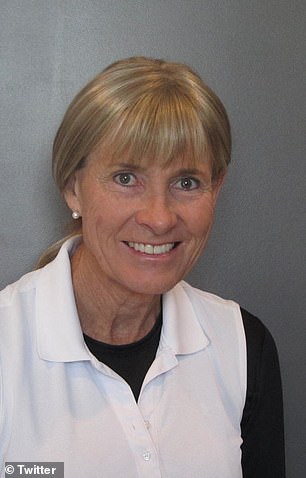 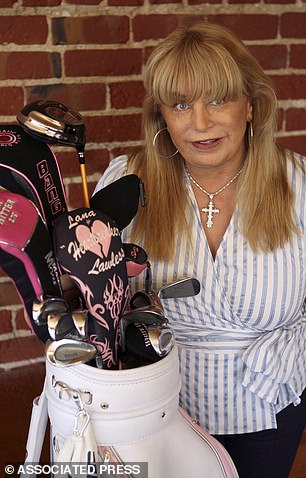 In 2017 as Hannah Mouncey she played for Ainslie in the AFL Canberra competition but was barred from registering for the national AFLW draft based on a clause in the Victorian Equal Opportunity Act that allows gender discrimination ‘if strength, stamina or physique is relevant.’

The next year she played for Darebin in the VFLW and after media support was accepted for the 2018 AFLW draft but chose not to enter.

One of the most stunning transitions was that of leading UK boxing identity Frank Maloney, one of the world’s most successful promoters and manager of heavyweight world champion Lennox Lewis.

In 2014 the then-61 year old who had been married for 15 years and fathered a daughter announced that he wished to be known as Kellie and was undergoing transitional surgery.

Two leading Australian sports journalists have also made the transition from male to female. 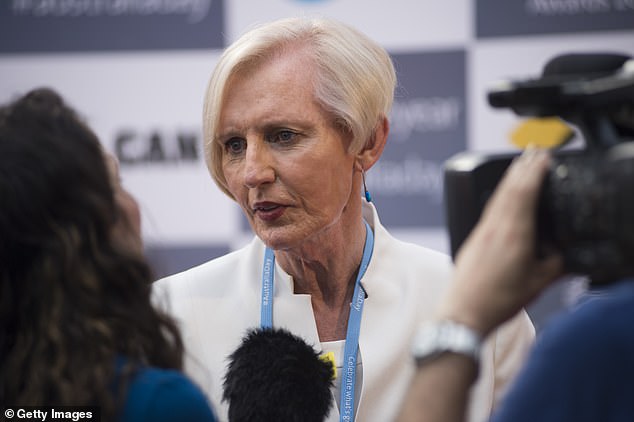 In 1997 Peter Wherrett, motoring writer and host of the popular ABC programme Torque, revealed in his autobiography ‘Desirelines’ that he had been a ‘cross dresser’ for most of his life.

Two years before his death from prostate cancer in 2006 Wherrett separated from his third wife, changed his name to Pip Wilson and began living as a woman, describing it as ‘my last great achievement’.

In 2013 Lt Colonel Malcolm McGregor was a hard-drinking, cricket playing, rugby loving married soldier who wanted to be a woman.

It was tearing her apart until she made the decision that every other transgender person in this story has made: to face up to the truth and make the hardest, bravest and ultimately most satisfying decision of their lives.

Today as Cate McGregor she is one of Australia’s best and most respected cricket writers, a welcome addition to press boxes at major grounds around the world.

‘The sense that I should be living as a woman was overwhelming,’ she told journalist Caroline Overton in 2015.

‘I could not get a moment’s peace from that idea. I started having panic attacks. It was either face up to it or suicide.’

Laidley’s many friends and supporters will be hoping that he can find the same peace that Cate and the others have achieved.

It hasn’t always been easy. Like Laidley some have struggled with drugs and alcohol and there has been at least one attempted suicide.

All have been torn between who they were born and who they really are.

But all share one thing: in the end, they are winners. 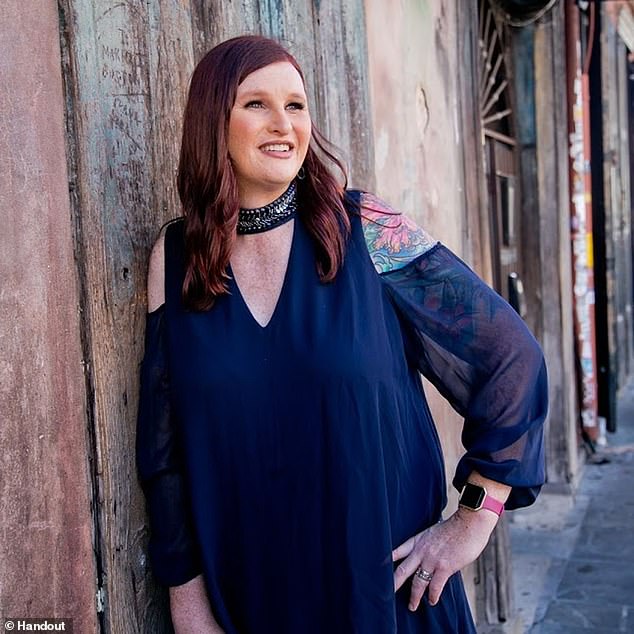