DeAndre Jordan played 13 minutes vs. the Wizards on Thursday night, but his most memorable play may have come off the court.

With the Nuggets less than two minutes from wrapping up a comfortable 141-128 win over the Wizards, Aaron Gordon checked out of the game alongside other Denver starters.

But there was a surprise in store for the 27-year-old. 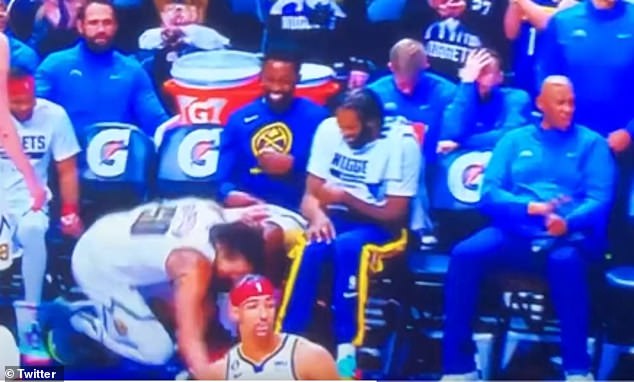 As an unwitting Gordon sat back down in his seat, Jordan placed a cup on the chair, leading the forward to sit on it and jokingly grimace on the floor in pain.

Jordan and teammate Jeff Green were left in stiches by the prank, and Gordon seemed to be in good spirits as well upon getting back up.

The move mirrored an identical prank done by the Spurs in 2013, when Manu Ginobili did the same to Tim Duncan. 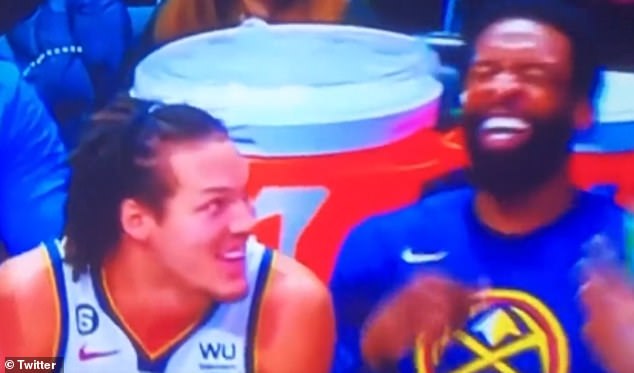 On Thursday night, the prank came after an impressive showing from Gordon, who’s averaging a 16.9 points per game on the season.

He notched 22 points and seven rebounds against a cascading Washington team that has lost nine of their last 10 games.

Jordan scored four points off the bench, while Green was more productive in playing time, registering 10 points and five boards in 15 minutes.

The win brought Denver to 17-10 on the season, and they sit just 1.5 games behind the No. 1 seed Memphis Grizzlies in the Western Conference.