Two of America’s greatest private art collections including blue-chip works by the likes of Picasso, Warhol and Rothko are set for auction in a series of blockbuster sales that could top $1 billion.

The two collections, one valued at $700 million and the other at $450 million, have triggered competition between major auction houses Sotheby’s, Christie’s and Phillips for the right to bring the remarkable trove to market.

Manhattan property developer Harry Macklowe, who was ordered to sell 65 works to fund a bitter divorce settlement with his wife of 59 years, owns the larger lode which include rare Andy Warhol composites of Marilyn Monroe and Jackie Kennedy. 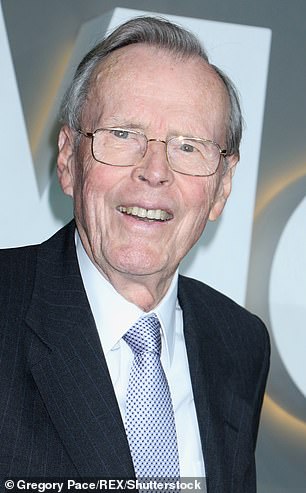 Donald Marron at the Museum of Modern Art Party in the Garden in 2016 (right) and Harry Macklowe (left) at a dinner gala in New York in the same year (right). Both collections are set to top more than $1 billion with blue-chip works from Picasso, Warhol and Rothka all up for grabs 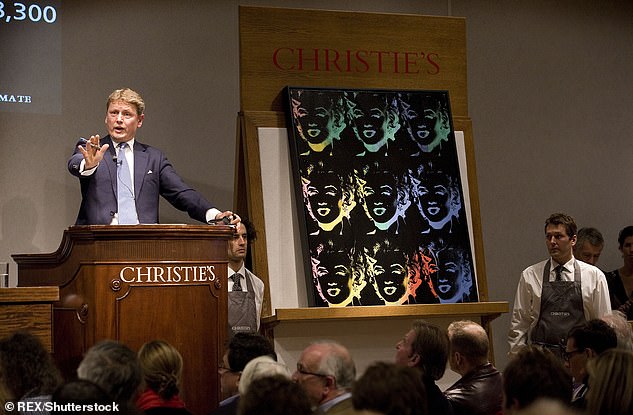 Rare: The portrait of Monroe, called Nine Marilyns, is valued at an eye-watering $50 million

The portrait of Monroe, called Nine Marilyns, is valued at an eye-watering $50million, while the similar styled Sixteen Jackies will likely exceed the $20.4million one was sold for in 2011.

Elsewhere in the collection, two canvases by the American abstract expressionist Mark Rothko are valued at more than $100 million.

While works by Pablo Picasso, Willem de Kooning, Alberto Giacometti and Jeff Koons – to name but a few – will likely lead to fierce bidding wars between ultra-wealthy buyers.

Macklowe’s forced sale comes after the 83-year-old told his wife of his affair with a French former fashion executive almost 20 years his junior. 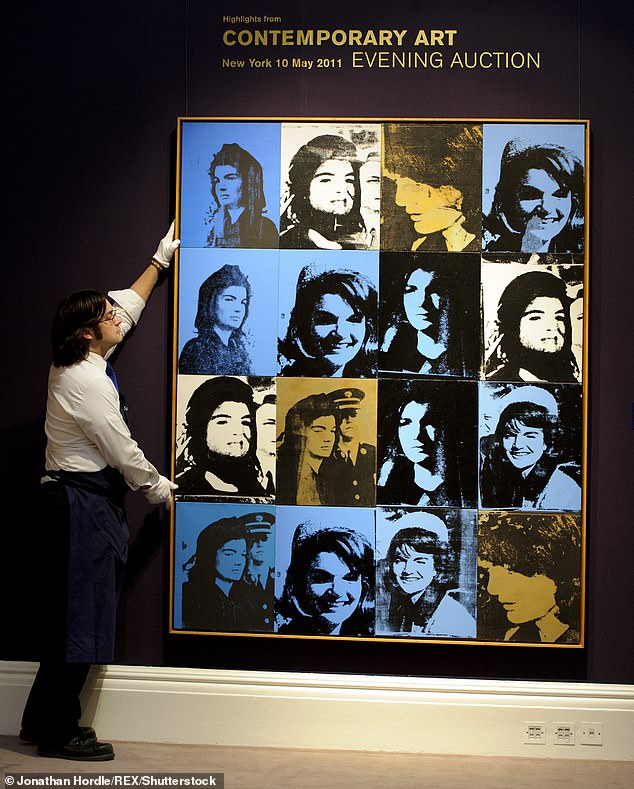 The similar styled Sixteen Jackies will likely exceed the $20.4 million one was sold for in 2011

It was revealed that he housed her secretly for two years in a lavish mansion in a Park Avenue building in New York, set among the most valuable real estate in the city.

Ms Macklowe, vice-president of the Guggenheim Foundation, sued for divorce leading to one of the most explosive legal wrangles in New York high society history.

The second collection belonged to Wall Street titan and former president of the Museum of Modern Art in New York Donald Marron, who died suddenly before Christmas last year.

Marron, who spent much of his life accumulating significant pieces, suffered a heart attack on the way to a Christmas gala last month, aged 85. 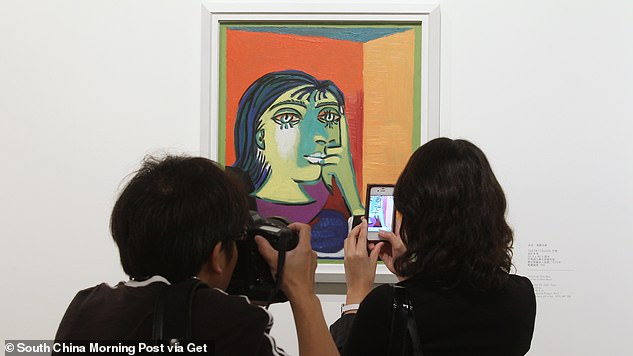 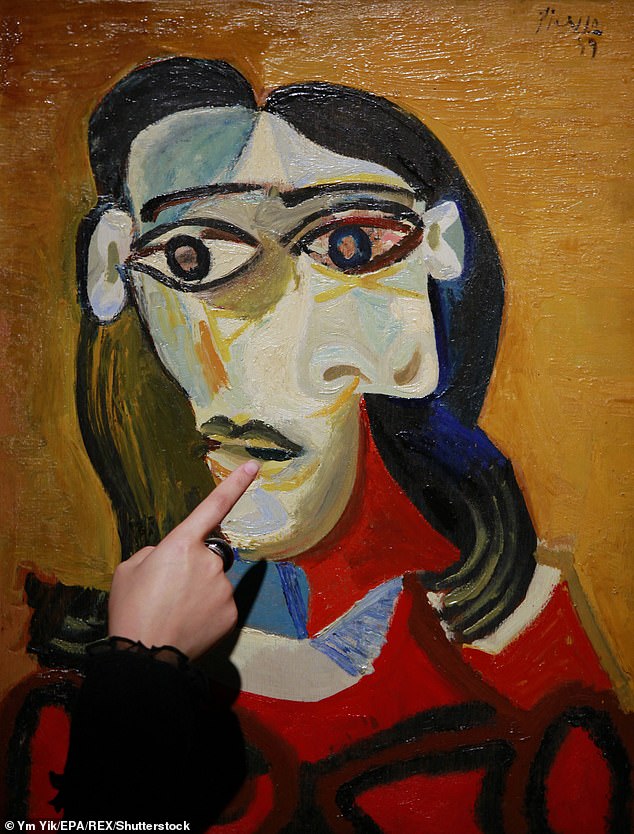 A similar Picasso (such as the one pictured), sold for $95 million in 2011, caused a minor furore in the art world when an unknown and unlikely bidder beat out a casino king, an Ohio retail tycoon and late Microsoft co-founder Paul Allen to the prize before disappearing into the night

Marron’s lode also features investment-grade works by Rothko, Picasso and de Kooning, with the late banker having begun his collection in the early 1970s.

Among the most prized is his 1937 Picasso portrait of Dora Maar, a similar of which sold for $95 million in 2011, causing a minor furore in the art world when an unknown and unlikely bidder beat out a casino king, an Ohio retail tycoon and late Microsoft co-founder Paul Allen to the prize before disappearing into the night.

Elsewhere, a 1957 Rothko is also said to be among the stars of the collection, according to those familiar with it.

Some experts have suggested the sudden influx of works could dilute the market with bidders unable to absorb the full cache so suddenly.

However, a stagnant November which saw a dearth of blue-chip pieces auctioned could also see bidders ready to snatch up rarities that are often only sold following deaths or divorces.