Death of nurse, 75, who was beaten unconscious by a patient and passed away six years after attack is ruled a homicide by medical examiner

A medical examiner has ruled the death of a nurse who was beaten unconscious in 2014 by an unruly patient in a Brooklyn hospital a homicide.

Registered nurse Evelyn Lynch succumbed to her injuries in November 2019, six years after she was knocked to the floor and repeatedly stomped on by Kwincii Jones at Brookdale University Hospital, according to investigators.

Lynch was 75 years old when she passed away on November 10.

At the time of his arrest, Jones, 46, was charged with attempted murder and assault.

Jones has been institutionalized since 2018, when he pleaded not guilty to the charges against him by reason of mental disease or defect, reported the New York Daily News.

It will now be up to the Brooklyn District Attorney’s Office to determine whether to upgrade Jones’ existing charges, or file additional counts.

A representative of the DA’s Office told DailyMail,com via email on Tuesday that prosecutors are in the process of reviewing the case.

Jones , then aged 40, had been admitted to Brookdale University Hospital on or around February 5, 2014, complaining of stomach pains. 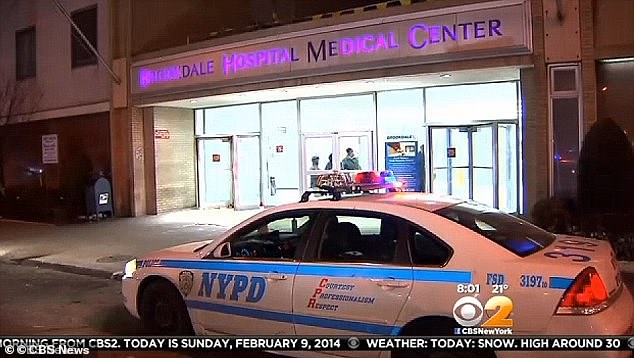 Police say in February 2014, Lynch was removing Jones’ catheter when the patient lunged at her and repeatedly stomped on her head, rendering her unconscious and cracking her skull

Two days later, Lynch, a veteran nurse who has worked at the hospital for decades, went to remove the patient’s catheter when Jones allegedly lunged at her, knocking the then-69-year-old woman to the floor.

After the attack was stopped, Jones locked himself inside a bathroom and stayed there until police arrived and detained him.

Lynch was hospitalized in critical condition after suffering skull fractures and facial injuries. She was then transferred to Kings County Hospital, where she underwent brain surgery.

In the wake of the violent attack, the Occupational Safety and Health Administration fined Brookdale University Hospital $78,000 for failing to protect its staff from violent patients.