Researchers found when K-12 classrooms were shut down, cases temporarily dropped by about two-thirds and deaths decreased by more than half.

But states that took action early on saw  the greatest effect, according to the team, from  Cincinnati Children’s Hospital Medical Center in Ohio,

Those that closed schools in early March, when coronavirus prevalence was low, saw 46 percent fewer infections and 17 percent fewer deaths than those that opted to close schools in late March while cases were rising quickly.

This findings come as a debate rages in the US about whether or not schools should reopen and how to strike a balance between alleviating working parents who have to rework their schedules and preventing a potentially deadly spike come autumn.

But states that closed schools early on in the pandemic, when cases were low saw a drop in cases by 72% per week and 64% in deaths (above) 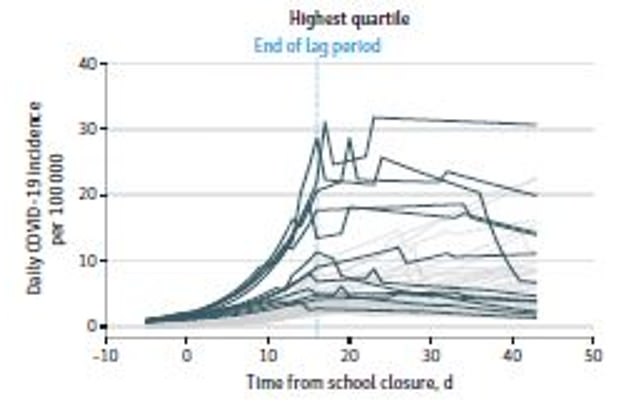 States that opted to close later, when cases were much higher, saw less of a change at around 49% per week  and 53% in deaths (above)

For the study, published in JAMA, the team looked at six weeks of data collection after school closures in each state from March 9 to May 7.

All 50 states closed schools between March 13 and March 23.

Next, researchers compared closures to infection and mortality rates from COVID-19, the disease caused by the virus.

Results showed that, overall, shutting downs schools was linked to a significant decline in cases of the virus, with a drop of about 62 percent each week.

It was also linked to decreases in deaths, with a change of about 58 percent per week.

The team estimates school closures were linked to 1.37 million fewer cases of the virus over a 26-day period and 40,600 fewer deaths over a 16-day period.

However, it was states that closed early, when the increasing incidence of COVID-19 was at its lowest that saw the greatest decline per week at around 72 percent for cases and 64 percent for deaths.

States that were slowest to close schools and had the highest incidence of cases, show saw a change of about 49 percent per week and 53 percent of deaths.

‘States that closed schools earlier, when cumulative incidence of COVID-19 was low, had the largest relative reduction in incidence and mortality,’ the authors wrote.

‘However, it remains possible that some of the reduction may have been related to other concurrent nonpharmaceutical interventions.’

This includes interventions such as stay-at-home orders, restaurant closures and increased handwashing. 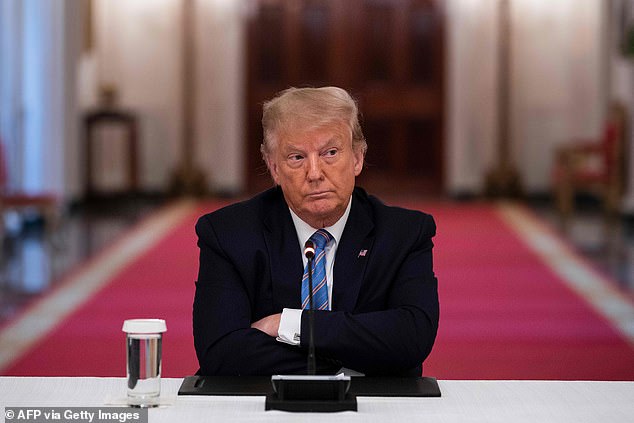 A debate has been raging in the US about whether or not to reopen schools, with President Donald Trump in full support of starting up again in Fall 2020. Pictured: Trump during a roundtable on the Safe Reopening of Americas Schools at the White House, July 7 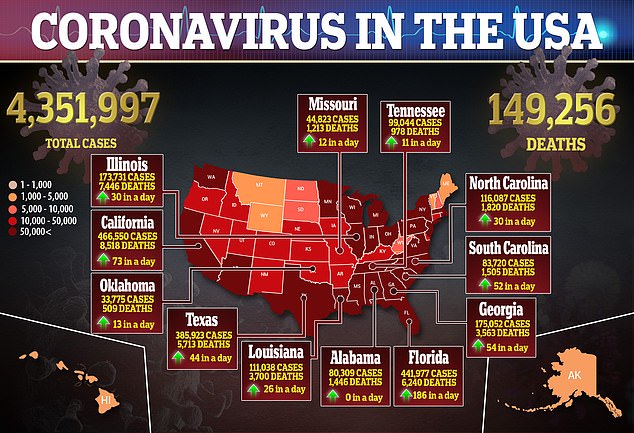 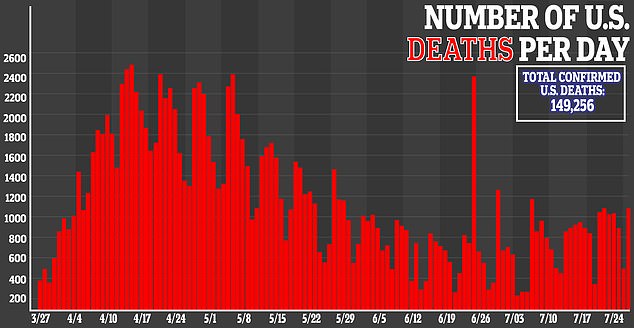 President Donald Trump has been pushing for schools across the country to fully reopen for the fall semester.

He called recommendations about school reopenings made by the US Centers for Disease Control and Prevention ‘very tough and expensive guidelines’ on Twitter earlier this month.

Trump also threatened to cut funding if learning institutions do not fully reopen.

The American Academy of Pediatrics is an outlier, calling for in-person classes in the fall, issuing a statement that says ‘schools are fundamental to child and adolescent development and well-being.’ 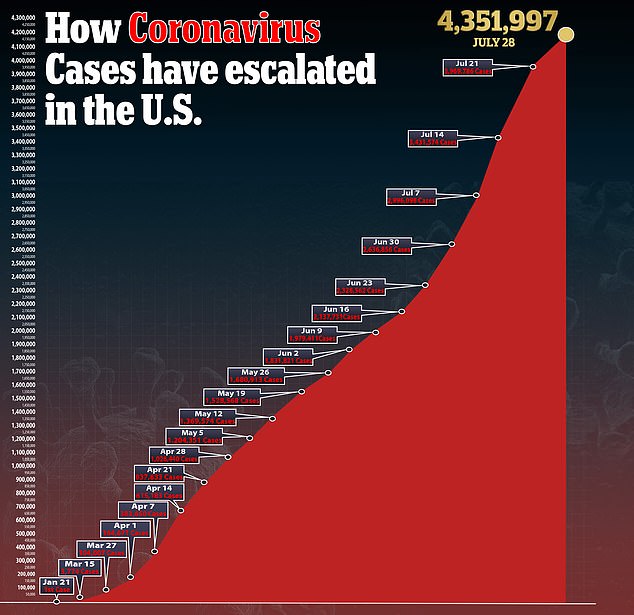