By Rita Sobot In Spain For Mailonline and Afp

Spain’s worst storms for 140 years have claimed their seventh victim after the body of a Dutch citizen washed away by a torrent of water was found in a drainage ditch by a man on a quad bike.

The man who found him called the Civil Guard, telling authorities that the body had the characteristics of a missing man – white hair, a tattoo and the clothes he was wearing when he went missing.

The 66-year-old man disappeared on Sunday when torrential rain hit Alicante. His body was only discovered yesterday in a canal near the Segura river and has now been formally identified.

It is understood he was out walking with family and friends when he was swept into the canal. The torrents had dragged him several miles away.

A missing Dutch citizen was found in a drainage ditch. Divers, dogs and a helicopter were searching for the man since Sunday after he was swept away by flood water 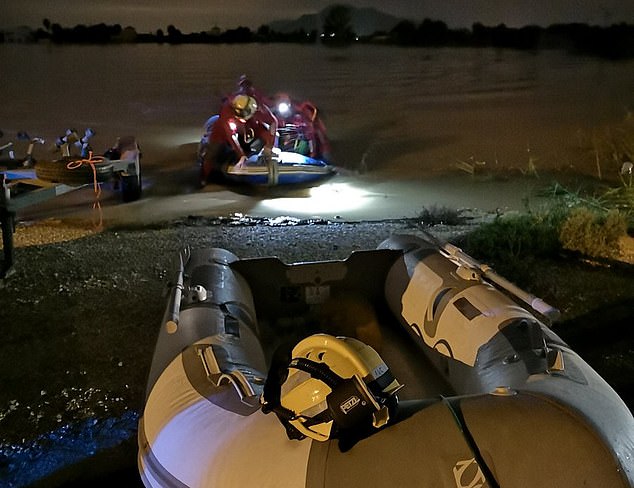 Rescue workers searching for the missing Dutch man in the town of Dolores, Alicante 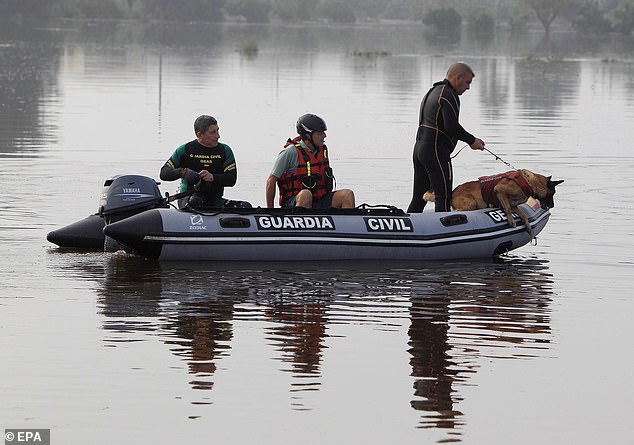 A team of the Civil Guard comb a flooded area as they work in the searching operation to find a Dutch man after torrential rains in Dolores, province of Alicante

Divers, dogs, police and a Civil Guard helicopter had been searching the area around the town of Dolores, just one of the places badly hit by the ‘gota fría’ as the weather phenomenon is known in Spain.

The dead man’s name was not released.

Torrential rains battered the area between Wednesday and Sunday, causing widespread flooding and leaving many areas cut off.

Thousands of people were evacuated from their homes with help from the army.

Emergency workers rescued thousands of people during the storms that slammed into the Mediterranean coastal regions of Valencia, Murcia and eastern Andalusia last week.

Some towns and cities reported their heaviest rainfall on record. The downpour forced airports to close as well as intercity train lines, major roads and schools. 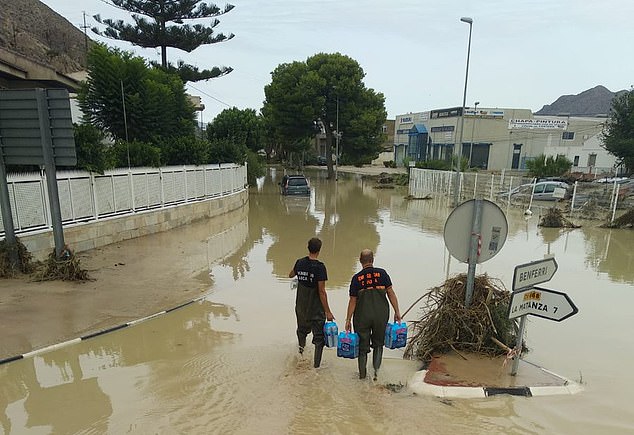 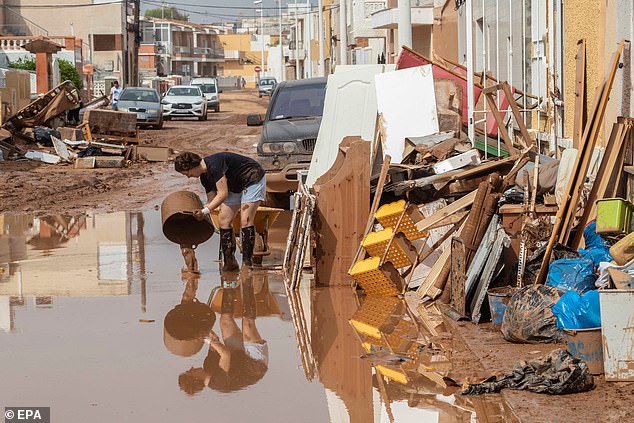 The ‘cold drop’ occurs when a polar air front meets warmer conditions on the Mediterranean coast.

A huge mopping up operation is still underway in eastern Spain, particularly the Murcia, Valencia and western Andalucia regions where damaged is estimated at more than 200 million euros. Some of the villages are still inaccessible.

At one stage during the freak weather, 35,000 people had to be evacuated from their homes.

Six people have died as a result of the flood and rescuers have evacuated thousands of people from their homes with the help of some 1,300 troops. 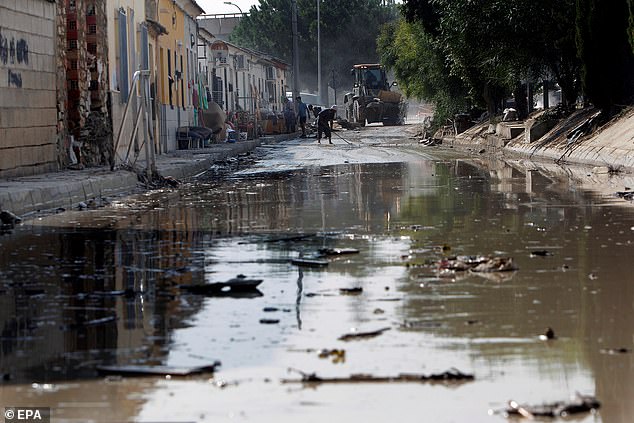 The first two victims of the floods were a brother and sister in Albacete on Thursday whose vehicle was washed away and overturned.

Another man drowned after he accidentally drove into a tunnel in Almería that had been closed off due to flooding. Later that same day another man lost his life in a ravine in Baza, Granada.

Last Friday, a man aged 58 was found dead in an area of Orihuela, Valencia, while the body of a 41-year-old man was located in La Matanza, Valencia, on Saturday.

On Monday, Spanish Prime Minister Pedro Sanchez was again visiting several affected areas, this time in the southern region of Andalucia and in Castilla La Mancha in the centre.