‘At this point in time though he does have confidence in Dr. Shulkin … he’s done some great things at the VA, but as you know the president wants to put the right people in the right place at the right time and that could change,’ Deputy Press Secretary Hogan Gidley said on Fox & Friends.

Gidley’s coments come after three administration officials told the Associated Press on Sunday that Trump was planning to oust Shulkin amid an extraordinary rebellion at the agency and damaging government investigations into his alleged spending and staff abuses.

Earlier this month, two people familiar with the White House discussions told the AP that Trump increasingly viewed Shulkin as a distraction as the White House floated the names of possible candidates to replace him, including conservative Fox & Friends contributor Pete Hegseth and Toby Cosgrove, formerly of the Cleveland Clinic. 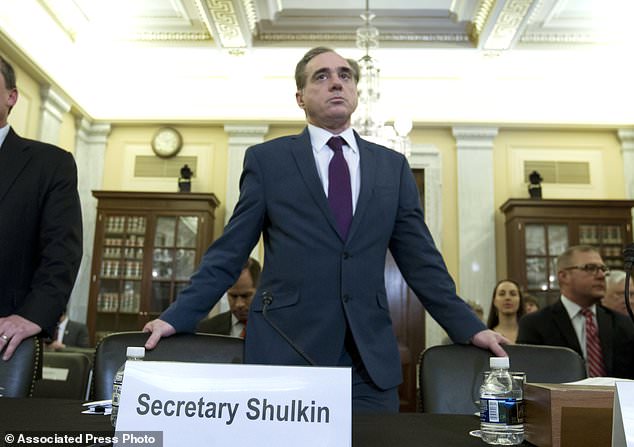 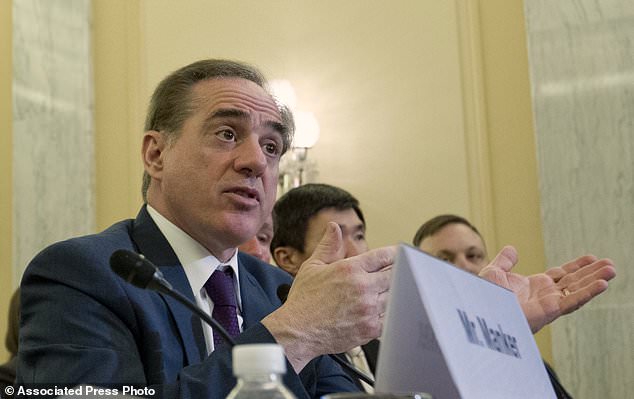 A separate VA watchdog investigation, due out in the coming weeks, is also looking into a complaint that Veterans Affairs Secretary David Shulkin (pictured) asked his security detail to accompany him to a Home Depot store and cart furniture items

Two of the officials who spoke to the AP said the announcement could happen this week, subject to Trump’s final decision as the White House hones in on possible replacements to head the Department of Veterans Affairs.

One of the officials rated Shulkin’s chances of being pushed out in the next day or two at ’50-50.’

On Monday morning Gidley tried to characterize the reporting as ‘fake news.’

‘Well, we hear these types of rumors every day,’ the staffer said.

Trying to prove his point, Gidley pointed out how ‘another network’ – likely speaking about CNN – had said for two months that National Security Advisor H.R. McMaster was out.

McMaster was replaced Thursday night by John Bolton, who will begin at the White House in April.

‘When [McMaster] gets out they said “See we were right,” Well, you were wrong because you misreported it for two months,’ Gidley insisted.

Trump, who spent the weekend at his Mar-a-Lago estate, told associates that he would keep two other administration officials who had been under fire: White House chief of staff John F. Kelly and Housing Secretary Ben Carson.

‘He did say that he’s expecting to make one or two major changes,’ said Newsmax CEO Chris Ruddy, who spoke with Trump over the weekend, on ABC’s This Week.

‘Now, other White House sources, not the president, tell me that Veterans Affairs Secretary David Shulkin is likely to depart the Cabinet very soon,’ Ruddy said.

Shulkin did not respond to a request for comment Sunday.

Among the candidates being vetted include Hegseth, a former military officer and former CEO of the conservative Concerned Veterans for America; Cosgrove, a former president and CEO of the Cleveland Clinic; former Rep. Jeff Miller, who had been chairman of the House Veterans Affairs Committee; retired U.S. Army Lt. Gen. Keith Kellogg; and Leo Mackay Jr., a former VA deputy secretary who is now senior vice president at Lockheed Martin Corp.