David Warner has found himself at the centre of a ridiculous sexism row on social media after posing for a photograph alongside fellow cricket superstar Ellyse Perry.

Both were the big winners on the sport’s night of nights on Monday, where Warner won his third Allan Border Medal while Perry won her third Belinda Clark Medal as the best men’s and women’s players respectively.

A pair of towering high heels added to Perry’s 169cm height, which made her look taller than 170cm Warner when photographed together on stage at the end of the night.

But social media erupted when the front page for The Australian’s Tuesday edition used an edited image of the pair with Perry appearing shorter than Warner.

When photographed together later in the night, Australia’s best female cricketer of the year Ellyse Perry towered over Allan Border Medal winner David Warner due to her heels

Many critics were quick to slam the publication, with some going as far as describing the graphic as chauvinistic.

A man replied:  Doesn’t fit the Australian concept of men. Can’t have ‘sheilas’ bigger than us, that would go against nature…clearly.’

However, there’s a valid reason behind the front page pointer which sparked unintended backlash. 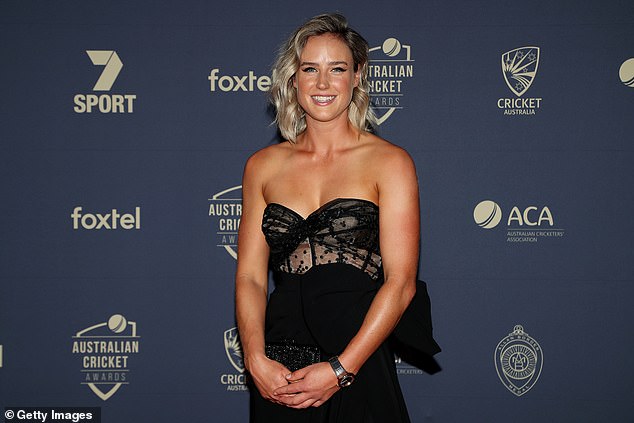 If you take a closer look, you will see the graphic is actually two separate photos of the pair from the red carpet.

The Australian had to use photos from earlier in the night in order to meet newspaper deadlines, according to news.com.au.

Warner was accompanied by his wife Candice on the red carpet while Perry arrived solo.

The Australian’s graphic artist placed Perry in front of Warner to etch cleanly around her shoulders as his left side was pressed up against his wife.

And as some online correctly pointed out to put the matter to bed, Warner is in fact taller than Perry. 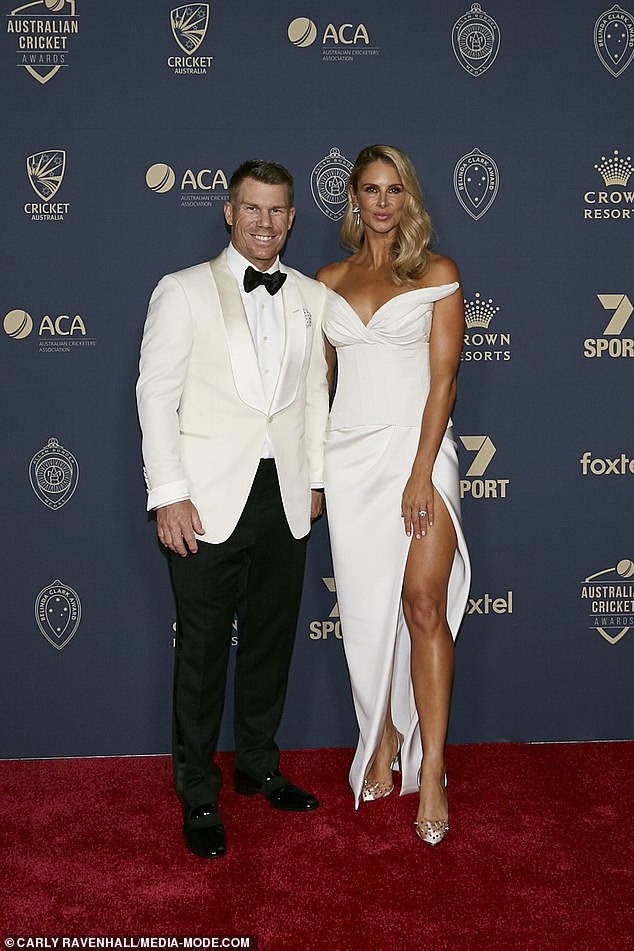