By Glenn Garner For Dailymail.com

She’s sharing the excesses of her rock n roll youth in new memoir Face It.

And Blondie’s Debbie Harry has revealed how she once shared a gram of her cocaine with fellow icons Iggy Pop and David Bowie, during a wild New York night out in 1977.

In an excerpt published by Page Six, the Call Me artist recalls how Bowie and Iggy confided that their cocaine dealer had just died, leaving them without a supply. Harry happened to be carrying a gram of the drug, which she shared with her friends, with whom she was on tour.

English singer Bowie then thanked Harry with a surprising gesture.  ‘He pulled out his c**k, as if I was the official c**k checker,’ Harry writes in the memoir, which is out Tuesday.

Icons: Debbie Harry and David Bowie are seen in 2003; 25 years earlier the two young rockers had shared cocaine during a night in New York, with Bowie then exposing himself to Harry, she recalls in her new memoir

But it appears Pop was not so voyeuristic: ‘I had to wonder why Iggy didn’t let me have a closer look at his d**k.’

Bowie’s death in 2016 was felt across the world, as he left behind an iconic music legacy.

Meanwhile, Harry recently reunited with Pop earlier this month at the GQ Men Of The Year Awards in London. 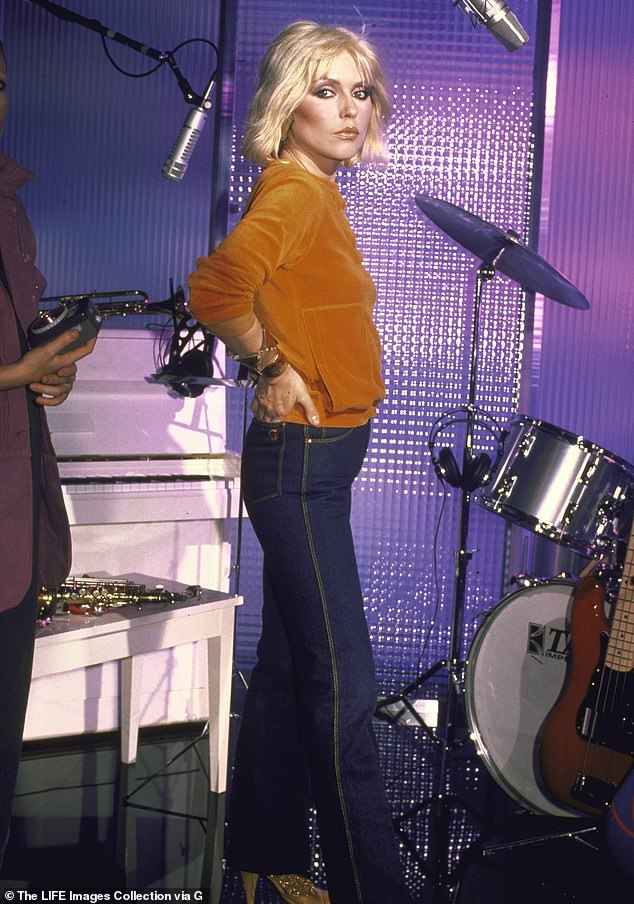 Party favors: As Bowie and Pop’s dealer had just died, Harry says she provided a gram of cocaine for a night on the town; she is pictured in 1979 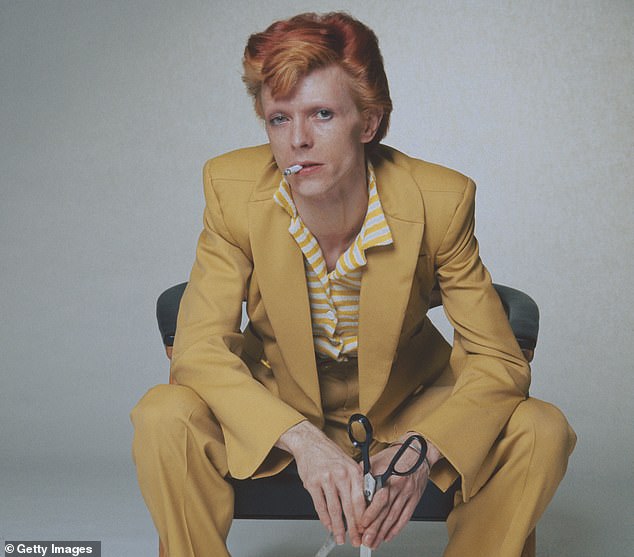 Unusual gesture: Harry claims Bowie exposed himself to her; he is seen in 1974

The highly-anticipated book is filled with plenty of other colorful anecdotes, including how she re-positioned one-time boyfriend Penn Jillette’s jacuzzi jets for ultimate female pleasure.

Harry wrote: ‘Penn patented the orgasmatron tub. I kept expecting his wife to at least send me flowers.’

The 74-year-old Blondie singer has also revealed that before she shot to fame in the 1970s, she and her then-boyfriend Chris Stein were tied up by an armed robber at their New York home and she was brutally raped. 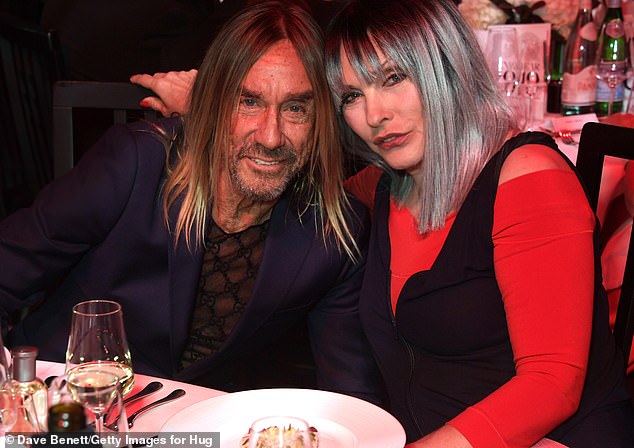 Old pals: Meanwhile, Harry recently reunited with Iggy Pop earlier this month at the GQ Men Of The Year Awards in London

In the book, Debbie also talks about surviving an attempted abduction by a man she now believes was the serial killer Ted Bundy.

Speaking previously about the incident, she said: ‘I got in and the windows were rolled up except an inch and a half at the top. I saw there was no door handle, no window crank, no nothing. The inside of the car was totally stripped out.

‘The hairs on the back of my neck just stood up.’

Debbie put the window down and opened the door from the outside, explaining: ‘He tried to stop me by spinning the car, but it helped me fling myself out. After I saw him on the news. Ted Bundy.’

Bundy went on to murder 30 women before he was executed in 1989.