New York Mayor Bill de Blasio’s street cred appears to be toast after he tweeted that his favorite bagel was whole wheat, ‘toasted’ with extra cream cheese from a Park Slope, Brooklyn bakery.

The only problem was, the said joint insists they never toast their bagels because they are already served warm after being baked fresh.

The Big Apple mayor tweeted in honor of National Bagel Day that his bagel of choice was, ‘Whole wheat. Toasted. Extra cream cheese’ 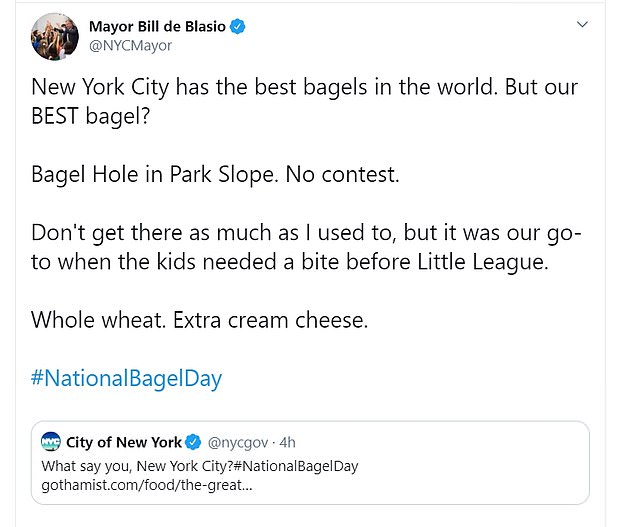 Twenty minutes later, the mayor posted the exact same tweet but with the word ‘toasted’ gone 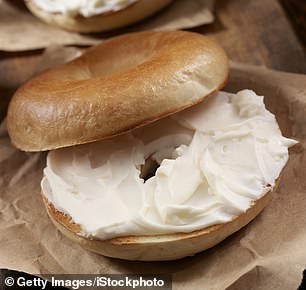 The mayor declared his favorite bagel to be whole wheat, toasted with cream cheese

The criticism came thick and fast from fellow twitter followers leading the mayor to delete and then repost the exact same tweet 20 minutes later, only this time omitting the word ‘toasted’ from his posting.

Bagel Hole told the Daily News that they never toast because the bagels are made hot. ‘We do not toast,’ an employee insisted.

‘What can I say, I must have a hole in my memory,’ de Blasio said.

The mayor went on to state that he doesn’t go to the Seventh Avenue venue quite as often as before.

‘Don’t get there as much as I used to, but it was our go-to when the kids needed a bite before Little League,’ de Blasio wrote.

‘In the 20 years I lived across the street from EssABagel, they never had a toaster and would scoff if you asked. The best bagels on earth don’t need no toastin’,’ @SpikeMcManus tweeted in response.

‘Did he just pick a spot he knew was popular? Not toasting is what everybody knows about Bagel Hole,’ said another user @kevinpost. 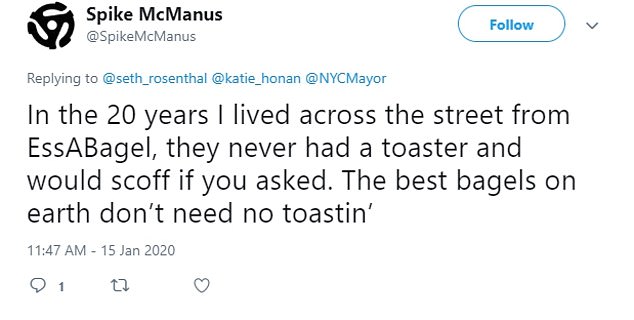 ‘This is a schmear campaign against the mayor’s preferences,’ de Blasio spokeswoman Freddi Goldstein playfully joked.

Bagel Hole opened in Park Slope in 1985 and its bagels are considered some of the best in the city according to Eater.

The bakery makes its bagels by first boiling them in water before baking them to give a crispy exterior.

Perez said the mayor was at Bagel Hole a few weeks ago and ordered two whole wheat bagels with cream cheese but did not ask for them to be toasted.

Wednesday’s twitter fumble was the latest embarrassing food faux pas concerning the mayor who infamously ate pizza with a knife and fork in 2014 on Staten Island. 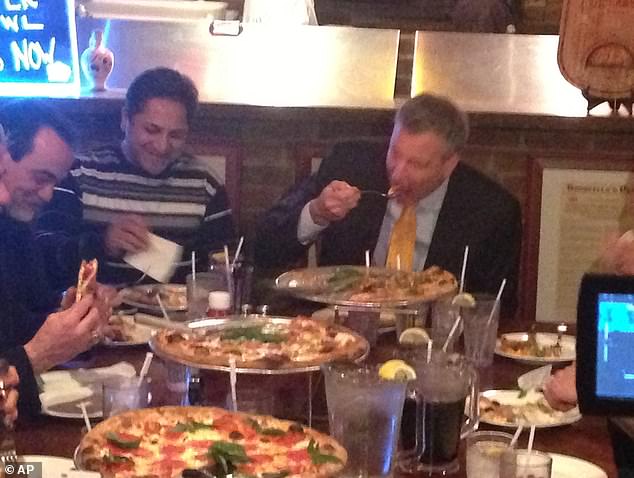 In 2014, the mayor was photographed eating pizza with a knife and fork on Staten Island

‘In my ancestral homeland, it is more typical to eat with a fork and knife,’ he said at the time. ‘I’ve been to Italy a lot and I picked up the habit for certain types of pizza.’

Last year the mayor was spotted eating a microwaved, gas-station burrito after becoming stranded by a blizzard in Iowa.

In 2015, the News also reported how one of de Blasio’s aides complained about the mayor’s preference for his sickly-sweet coffee order of a double espresso with four sugars each morning.

‘I cringe every time I have to get it,’ she wrote in an internal email.