Deborah James: My most painful decision – should I die in my own home?

One morning a few months ago, I went on a run. It took me to a hospice in Clapham, not far from my home. I didn’t go inside, or even set foot in the driveway. Instead, I stood on the pavement looking at its very ordinary facade, nestled amid calming trees and pretty flowerbeds. And I cried.

The idea of walking up the path and through the front door petrified me – perhaps because, for the first time, I’m thinking about the fact that I may have to do just that.

You see, I’m 37 and I have incurable bowel cancer. It’s classed as Stage 4, which means it has spread – in my case, to my liver and lungs

You, Me and the Big C host Deborah James: I’m 37 and I have incurable bowel cancer. It’s classed as Stage 4, which means it has spread to my liver and lungs I was diagnosed three years ago, and according to the statistics, I have just an 8% chance of being alive in 2021

I was diagnosed three years ago, and according to the statistics, I have just an eight per cent chance of being alive in 2021.

I haven’t yet been referred to the hospice. For some reason – thanks to a lot of luck and a brilliant medical team – I’m still here and very much ‘living’ with cancer. But while I enjoy living, I’m aware that planning for the worst case must at least be considered.

So, I’ve decided, after initially being adamant that I wanted my final days to be spent at home with my husband and children, that I don’t want to die at home. It’s for them, more than anything, that I’ve made this decision. For now, anyway.

I worry that the sense of security and happiness they feel at home would be ruined if it became the place they watched their mother die. I don’t want that for them. I want their home to remain a haven. It may not faze some people, but I know I’d find it unbearable if I were in my husband’s or children’s position.

Of course I’m scared of dying. Even writing this, I can feel my heart racing and my fingers slipping off the keyboard. I enjoy my life. 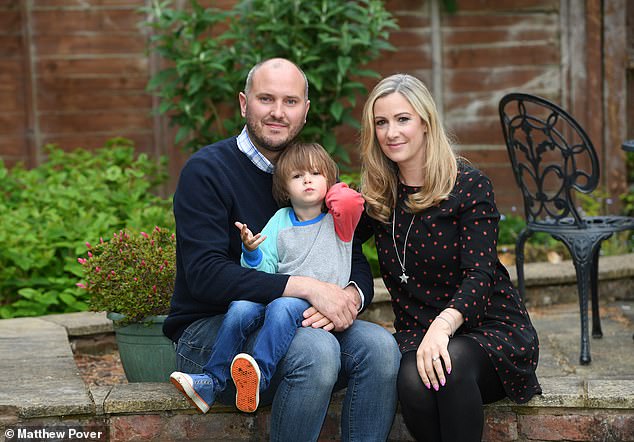 My late, much-missed friend and colleague Rachael Bland, with whom I hosted the award-winning Radio 5 Live podcast You, Me and the Big C, wanted to talk about death before her own last September. So we discussed every aspect of it, from where she wanted to die to her hopes for the son she was leaving behind – Freddie, who was just two. It was heartbreaking. But it helped Rachael come to terms with the premature end of her life at 40. And now that she’s gone, I’ve realised that being forced to confront the process of dying is helping me, too

I have a husband and two children I adore, and I’ve written a book, present a successful podcast, and have run a half marathon since getting the awful news that I had cancer. Yet despite the clever drugs – with hideous side effects – which keep me stable at the moment, my body has other plans. Every day, I have ‘I can’t do this any more’ moments, when living scan to scan, operation to operation, threatens to overwhelm me.

With each new twinge, I can feel my dark fears of death drawing closer.

My instinct has always been to push every thought of what might happen at the end of my life as far away as I could, as if by doing so I could somehow prevent death from ever reaching me. Recently, though, I’ve had no choice but to face those fears head-on.

My late, much-missed friend and colleague Rachael Bland, with whom I hosted the award-winning Radio 5 Live podcast You, Me and the Big C, wanted to talk about death before her own last September. So we discussed every aspect of it, from where she wanted to die to her hopes for the son she was leaving behind – Freddie, who was just two. It was heartbreaking. But it helped Rachael come to terms with the premature end of her life at 40. And now that she’s gone, I’ve realised that being forced to confront the process of dying is helping me, too.

It was Rachael who changed my mind about wanting to go to a hospice. She died in her bed, as was her wish. Talking to her husband Steve, who was a guest on our most recent podcast, it’s clear her choice was the right one for their family. Steve told us returning to sleep in their bed a week after her death was immensely difficult. Understandably, he says he may make the spare room his bedroom.

Freddie was too young to really understand what happened to his mum in their house, so it isn’t tainted for him by painful memories. But my children, Hugo and Eloise, are older – ten and eight. It’s my instinct to protect them. My chats with Steve have made me realise the importance of conversations around death, dying and our wishes.

How many of us, not facing death in the near future, have thought about what we want to do when we die? For most, the term ‘hospice’ is about giving up hope, dying and death. But, as I’ve learned, that isn’t true. I’m comforted by what I’ve heard about hospices, where patients are treated with palliative care – treatment aimed at managing symptoms rather than curing.

They are regularly described as wonderful places by people whose relatives have died there. Friends can go there for activities such as drawing and yoga classes, and are helped to continue enjoying life. In fact, even I – someone still averaging two champagne cocktails every weekend – have been having palliative care for the past two years. The experience has helped change my perceptions about a service I once automatically associated with being in a situation that’s beyond hope.

A palliative care team reversed the numbness and pain in my hands and feet caused by my treatment. The team also helps me manage drug side effects. I’m not dying. But I do need a bit of help to continue enjoying this world.

I’ll admit, I’ve been in some degree of denial since learning my dire prognosis. Any discussion of ‘death admin’ – my wishes for my end-of-life care and after I’m gone – would have meant accepting that my cancer was terminal. My attitude is common. Most of us detach ourselves from the concept of death to avoid acknowledging it will happen to us. But with the help of people such as Kathryn Mannix, a palliative care doctor whose bestselling book With The End In Mind encourages us all to engage with death, I’ve learned that considering what might happen at the end doesn’t mean hastening it. It can offer some semblance of control in a situation where we can feel powerless.

I’m not comfortable with these discussions, or feeling any kind of acceptance: I’ll never get over the idea of leaving my children.

But I’ve begun to wonder if exploring my biggest fear and setting out my wishes will allow me to set the subject to one side and get on with living. Isn’t that something we should all do? That’s why I ran to my local hospice: I wanted to know where it was and what it looked like, for when the moment I can’t bear to think about arrives.

And actually, I liked the look of it far more than I was expecting to.