DEBORAH ROSS: A witless, sexist, sick excuse for a sitcom

The comedy drama Sick Note opened with Daniel Glass (Rupert Grint) playing a combat computer game with another man over the internet. The two are talking online and a hypothetical question is mooted: if you had been the first cop to discover Marilyn Monroe’s dead body, and it was still warm, and no one would find out, would you have sex with her?

I had hoped that treating women as sex objects in this way – in death as well as in life, is there no escape? – would not set the tone for all that was to come, but it so did. I happened to be watching with my 21-year-old niece, who left the room at the first ad break on the grounds she had better things to do, ‘Like stab myself in the eye with a fork.’ 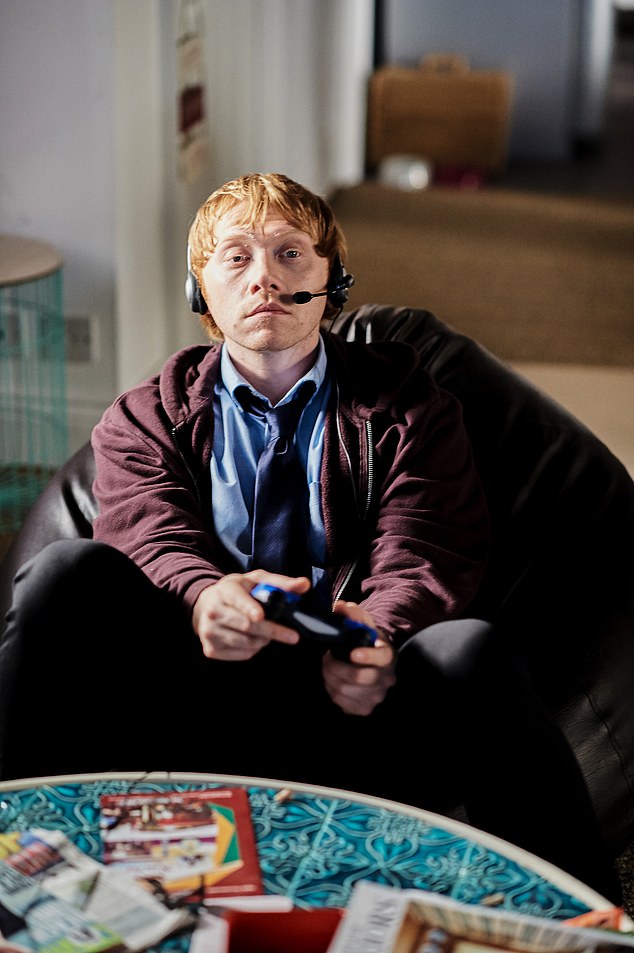 I stayed for professional reasons but did feel resentful. Why can’t I go off and stab myself in the eye with a fork? It’s not fair. Written by Nat Saunders and James Serafinowicz, the basic deal is that Daniel is a loser who, at the outset, is fired from his deadend job selling health insurance, plus is dumped by his girlfriend Becca (Pippa Bennett-Warner).

But when an incompetent doctor (Nick Frost) misdiagnoses him with oesophageal cancer, his life improves immeasurably. Assuming he is going to die, work takes him back, Becca takes him back, and everyone treats him with sympathy and kindness.

‘It sounds awful,’ he says, ‘but having cancer all week has been so great. I feel like I’ve won the lottery.’

So when he finds out he doesn’t have cancer after all, he and the doctor, whose job is on the line, conspire to keep the truth a secret. Is cancer funny? It can be. Anything can be funny so long as it is funny. That is, clever enough to be funny, and thoughtful enough to be funny. 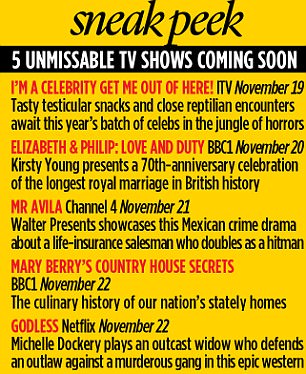 The film 50/50, starring Seth Rogen, is a comedy about cancer, and it’s funny. But this is neither clever nor thoughtful. Instead, it’s overacted (by everybody), heavy-handed and appears to be set in a world that might as well be sitcomland, 1972.

That is, a world where the men go to work and are doctors and bosses while the women are wives, girlfriends, uptight nags. (Quick, quick, Becca’s coming home! Panic stations! Tidy, tidy, tidy… that old trope.)

Can misogyny be funny? It can be. Men Behaving Badly, The Inbetweeners, Alan  Partridge, David Brent… all funny, but that’s because we are being invited to laugh at their worldview, and because we understand it comes from a position of ignorance.

That’s the gap that allows the comedy to happen, and also allows us to sympathise. But there is no such gap here. The company Daniel works for is owned by an American (Don Johnson), who is a malicious, foul-mouthed sexual harasser and would simply be the world’s most unlikeable person, if the title hadn’t already been won by Daniel himself.

He has killed Becca’s cat. He caught the cat in a door. ‘It wasn’t instant,’ he  confesses. ‘I had to slam the door three or four times to stop her [the cat] screaming.’ Nice. You have to find the laughs in horrific awfulness, not just present the horrific awfulness as the laugh.

Meanwhile, this has, apparently, already been commissioned for a second series. Go figure. Thank God, thank God, thank God for Motherland, which has returned for a full series following on from the pilot last year, and is not just in command of its comedy chops but creates a world that feels true.

Well, true to any woman who has tried to combine a career with childcare and has attempted to dry last week’s swimming kit in time for the next lesson by swinging it around her head. (Guilty, as charged.)

Written by Sharon Horgan and Graham Linehan, this navigates the traumas of working motherhood and offers a superb cast, headed by Anna Maxwell Martin as Julia, who has desperation in her eyes at all times. We first see her on the stairwell at work taking a phone call from a teacher. Her son has forgotten his trunks altogether.

She says: ‘Can he swim in his pants? Sorry, can I just ask, did you try calling my husband? You just called me. OK.’ At least her daughter’s birthday party won’t be a thing, as just a few of them are going to Pizza Express. But then Liz (the anti-heroine of the piece who doesn’t give a stuff about being a good mother, brilliantly played by Diane Morgan) tells her that if she hosts a birthday party at home and invites her daughter’s entire class, she can build up childcare favours.

A disastrous party, needless to say, culminating in an animal entertainer whose show is much too ‘cat-heavy’. I laughed out loud at that.

This is full of astute observations, and while it loses a star because I can’t stand it that Julia doesn’t lay down the law to her husband, at no point would I have preferred sticking a fork in my eye. Result.