Jeff Pope’s Isolation Stories is a great technological achievement but not so much a dramatic one. Made about lockdown during lockdown, it’s intended to reflect what’s going on while it’s going on, which is mostly staring out the window wondering if you’ll ever taste a Pret again, so it had to be more than that. But the imposed story arcs felt like what they were: imposed story arcs and, as such, didn’t ring true.

However, it was all filmed in the actors’ own homes so it was snoop heaven and did move us on from the ‘book shelfie’. I particularly liked Eddie Marsan’s place, I must say, and I apologise for being so shallow, but perhaps if these 15-minute-dramas had been more immersive I wouldn’t have been so distracted, or still be wondering where Darren Boyd got that green paint from. (Not every green works; this did.) 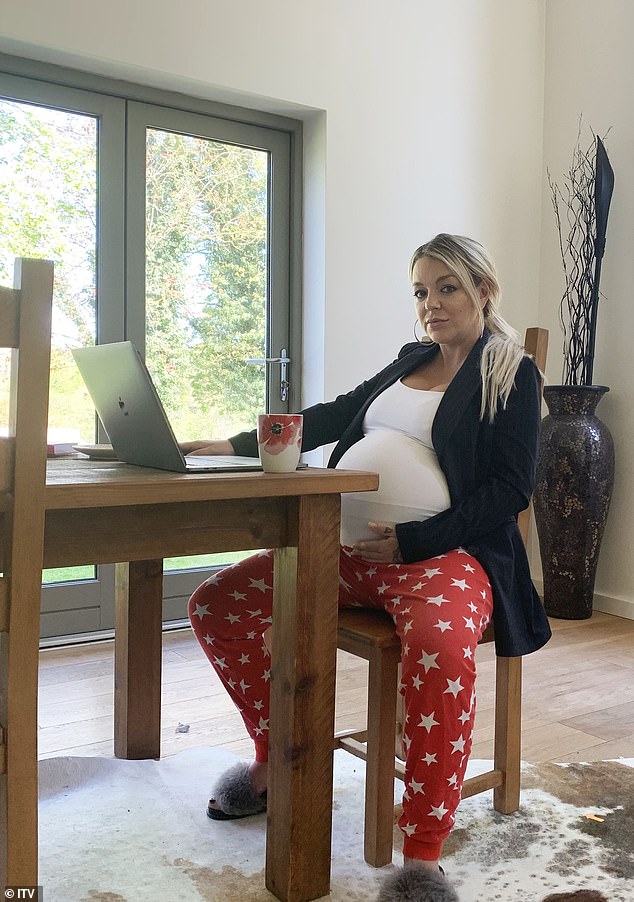 The first episode of Isolation Stories starred Sheridan Smith who, as ever, was marvellous, but I don’t want to compare her to any other living actress, so won’t. (Julie Walters!)

The logistics were incredible, with sterilised filming equipment being shipped to the actors, directors directing via Zoom and husbands and wives acting as camera people, which may give worry to all professional camera people everywhere.

The first episode starred Sheridan Smith who, as ever, was marvellous, but I don’t want to compare her to any other living actress, so won’t. (Julie Walters!) She played Mel, who is heavily pregnant with a baby she doesn’t want. We learn through phone messages she sometimes leaves, and sometimes deletes, that the father of the baby is a married man who has returned to his own family. Meanwhile, her own father has frozen her out.

She’s deeply lonely but then receives a phone call in the middle of the night that changes everything, but also touches on domestic violence, which is then just left hanging in the air. I was certain I must have missed something so watched it again but, no, there was the domestic violence, left to hang in the air again. Mel’s volte-face, in terms of her attitude to life and the baby, why? Wouldn’t she have been haunted by that call? If this were about the kindness of strangers, wouldn’t her kindness have extended to contacting the police? Rather than, say, bursting sentimentally into song? I was baffled, but impressed by her kitchen. Spacious if rather impersonal.

The second episode starred Robert Glenister as Ron, who is bed-bound with the virus and also slipping into dementia but may be mean-spirited anyhow. He is being cared for by his son (played by Glenister’s real-life son, Tom), who has not been a good son. There were flashes of humour (the meat thermometer), at least, and a decent twist (the clapping), as well as a decent pay-off (the coughing), plus a reconciliation of sorts that I half believed, so it was probably the best of the bunch.

As for the third starring Angela Griffin as a therapist and Darren Boyd (and that green) as her client, we’ll skip quickly past that as it was just too preposterous – a therapist would never use a client’s session to process her own life.

So this brings us to the final episode starring Eddie Marsan (and his own kids) in their glorious concrete kitchen with large glass doors onto the garden. His character’s wife left him for another man just before lockdown and now he’s not letting her see their sons, not even from the window. Some much needed energy was injected by David Threlfall as the grandad, who pops up in the garden every day to amuse his grandkids and perform silly dances. But, again, the main character experiences a volte-face that didn’t seem credible. The fact is, you’re never going to get the character development required if you have such a short time to play with, and it’s all going to depend on whether you can live with that or not. However, on a more positive note, I did also like Angela Griffin’s dark grey paint. Not every grey works. But this did.

Meanwhile, Grayson’s Art Club is a lovely thing. Confined to his home studio, along with his wife, Philippa, and their cat (Kevin), Grayson Perry creates art – this time out, it was a sculpture based on his childhood teddy, Measles – and pays virtual visits to other artists in lockdown. This week it was the wonderfully curmudgeonly Maggi Hambling, who showed us her most recent painting (fantastic, can’t describe, go look) and talked fascinatingly about what it is to be an artist. 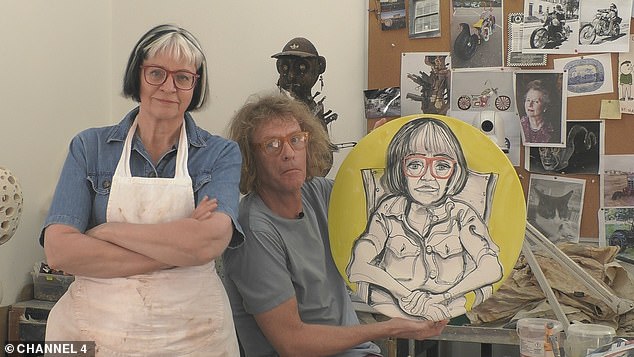 Grayson Perry with his wife, Philippa. Grayson’s Art Club is a lovely thing. Confined to his home studio, along with his wife and their cat (Kevin), Grayson Perry creates art and pays virtual visits to other artists in lockdown

At some point in the future, there will be an exhibition featuring not just Perry’s work, but also that submitted by the public – a bit like ‘the gallery’ from Vision On – and Perry’s virtual interactions with the fella who made the wire birds, and the nurse who took that brilliant dog photograph, were both touching and uplifting.

Not everyone, it seems, is spending their lockdown staring out the window and dreaming of Pret… Oh, God. Really? Damn.