DEBORAH ROSS: My Dinner With Hervé: Tragic, and brilliantly performed

My Dinner With Hervé

My Dinner With Hervé tells the story of Hervé Villechaize, the actor you may recall from the TV series Fantasy Island, which played over here in the early Eighties at around the same time as The Love Boat. (I can’t think of one without the other for some reason, and may have to throw in Murder, She Wrote too; there, done it.)

He was short, only 3ft 11ins, and after Fantasy Island, which made him ‘the most famous dwarf in the world!’, there were no further major roles, so he became a natural shoo-in for those newspaper ‘where are they now?’ features committed to poking fun at those who had a moment that is now long gone. This is a fair transaction of sorts – the journalist gets to poke fun, the interviewee receives the attention that is craved – but it is also malign, as its main purpose is to rob the one-time celebrity of their dignity even further. I have conducted such interviews in my time and am not proud. Sacha Gervasi, who wrote and directed this, actually conducted the last-ever interview with Villechaize (in 1993), just before he committed suicide, and this is a reparation (again, of sorts). It is also compelling, if tragic, and brilliantly performed. 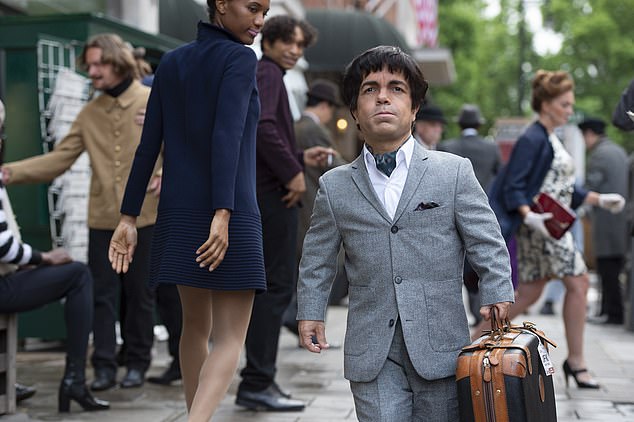 Here, the framing device is Daniel Tate (Jamie Dornan), a fictional journalist rather than Gervasi himself. Tate, an alcoholic who is 32 days sober, is dispatched to LA to interview Gore Vidal for a weighty profile but while he’s there, could he bring back 500 words on Villechaize? (‘Make it funny,’ says his editor.) He first meets Villechaize (Peter Dinklage) in a restaurant. He is a massive egotist, taunts Tate with alcohol and isn’t likeable, but when he points out that Tate isn’t interested in his ‘real story’ and had already decided what he was going to write before even meeting him, that hits home.

Villechaize then, in effect, takes Tate hostage as they hurl around in a limo, visit lap-dancing clubs and physically fight on the side of the road. Over time, he reveals his back story, as shown in flashbacks and it’s heartbreaking. His mother went into labour as she was driving an ambulance through a bomb raid in Paris in 1943 and blamed this for her son’s dwarfism. ‘My mother always used to say I was Hitler’s fault,’ he says. She would later reject him, while his father, a surgeon, took him all over the world in search of ‘cures’ that included being injected with sheep’s marrow. 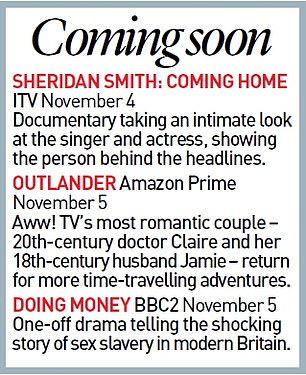 He became a painter, quite successfully, but then his parents decided he had to live in New York because that’s where all the ‘freaks’ were. He became famous as Nick Nack, the villain’s sidekick in the Bond film The Man With The Golden Gun. Roger Moore remembers him as ‘a sex maniac’ – not included but I’ve read it since – who was wildly promiscuous. Probably, you don’t have to be Freud to figure out he was searching for the love his mother never gave him.

Dinklage is superb, not just peeling back Villechaize layer by layer, but conveying simultaneously a man who was manipulative and aggressive – at one point he holds a knife to Tate’s throat – but also lonely and vulnerable and plain sad. You may say that Dinklage now holds the title that Villechaize once did – ‘the most famous dwarf in the world’ – but he is an actor first and foremost, with a dazzling dramatic range. Plus, there is true chemistry between Dinklage and Dornan, even if Dornan has less to do and even if his character is less persuasive. Did we really need his alcoholism and back story? If this drama was flawed, then that was the flaw. Tate never gets to publish the ‘real story’ about the real person and neither did Gervasi. So this is a reparation, of sorts.

Any new comedy by Julia Davis (Nighty Night, Hunderby, Camping) is usually an event but the first 30-minute episode of Sally4Ever seemed to spend several hours establishing that our heroine, Sally (Catherine Shepherd), has a boyfriend David (Alex Macqueen), who is a crashing bore. Here he is, picking his feet. Here he is, slurping his tea. Here he is, flossing his teeth. OK, we get it! But then she does find herself embarking on a wild affair with Emma (Davis), who is ‘a free sprit’ and possibly sociopathic. This is extremely filthy and very post-watershed but it has yet to be very funny.

There was the occasional good line – ‘You won’t meet anyone else,’ says David when asking Sally to marry him – but it felt familiar. Macqueen is playing the role he always plays. (If it’s not him, it’s Mark Heap.) Emma’s workplace is populated by exactly the kind of losers who populated The Office. But most problematically, I couldn’t believe that Sally and David would ever have been together in the first instance. It’s a fiction, of course, but you do have to believe at some level, or you just can’t care. And I’m still waiting to believe