Keeping Faith is the show ‘everyone is talking about’, and even though you can’t be absolutely certain about that – I went to Sainsbury’s just now, no one was talking about it there – there is no disputing that it has already proved a sensation. Filmed in Welsh and also in English, it was first broadcast in Wales (in Welsh) earlier this year, with the English-language version going straight to iPlayer, where it has since been viewed nearly 10 million times – the highest number ever for a BBC non-network show.

It is essentially yet another small-town-darksecrets crime drama set scenically by the sea (sigh), but having noted that, one must also note: 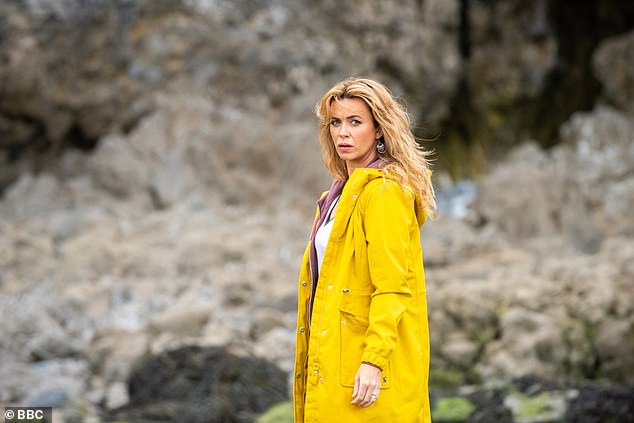 Keeping Faith stars Eve Myles, and there’s no way you could ever tire of watching Eve Myles. Ideally, there would even be a 24-hour Eve Myles Channel

• Blue fishing twine has yet to feature.

• No woman is murdered, abducted, trafficked or raped.

• The narrative is driven by a working mum managing three bags with a baby on her hip while leaking breast milk and trying to eat a banana. (We’ve all been there.)

• This working mum can flirt, be sexy, be funny, be fierce, get drunk, put the pasta on, pick the kids up from swimming, hold her own as a lawyer in a courtroom, turn detective… so she isn’t your usual one-dimensional character.

• I withdraw that first sigh. And apologise for it, unreservedly. (Sorry.) 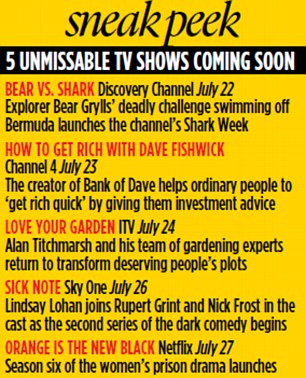 The opening episode kicked off in the time-honoured way by showing us the lovely life led by Faith Howells (Myles). She’s a solicitor on maternity leave, having just had her third child. Her husband Evan (Bradley Freegard) is also a solicitor, they’re partners in the same firm and he’s a loving husband. Faith’s off for a night out with the girls. He zips her into her dress. He takes the baby, reads the older daughters their bedtime story. He puts Faith to bed when she stumbles home very drunk. They might as well have been shown with a rainbow springing up all over them,  but this did need establishing and I accept that.

The following morning, as she suffers from a gruesome hangover and drinks juice straight from the carton – we’ve all been there too – Evan drives off to their office. But he never arrives. He’s playing hooky, she thinks. He’ll be faffing about on his boat. But as the day goes on, and she’s forced to cover for him in court, it stops being funny. She leaves him a phone message: ‘No longer funny, Evan.’ And now we’re all set up.

Thing is, in some respects, it’s quite hokey. It’s not just a small town with dark secrets, it’s also a small town populated by stock characters:  the nosey neighbour, the bitchy mother-in-law, the best friend who imagines the answer to everything is to pour more wine. It isn’t especially pacy, either. Faith is often left to fiddle with her hair, which is annoying, or to stare into the middle distance as music plays, and if we all did that, we’d never get anything done. Plus her discoveries – Evan has a wig and fake driving licence, Evan had sought counselling – were more intriguing than dramatic. But who was that at their kitchen window late at night? I freeze-framed that moment! It’s no one we know yet! So I can’t say I wasn’t pulled in.

But the biggest draw, as already indicated, is Myles. Faith is well drawn, and Myles embodies her completely. Her Faith is full of colour and life. Her Faith is also warmth and charm, temper and frustration. Her Faith seems absolutely real. So I apologise again for that initial sigh.

On to Poldark, and it’s goodbye to Reverend Perve, murdered by the Gaunt Librarian with a candlestick in the woods. Ossie was cruel and disgusting but, by heavens, I will miss Christian Brassington’s wonderful performance. However, I do have high hopes for Rebecca Front as his awful mother. Or anyone who isn’t Hugh. (RIP Hugh, whom we don’t miss at all.) What else? Drake, Rosina, Morwenna… it’s a total mess. And all the years Ross has been riding from Nampara to Trenwith when Trenwith is at the bottom of his garden! (When he kicked George’s ‘No Entry’ sign in at the bottom of his garden, right?) I’ve already explored Poldark Time, and the fact Geoffrey Charles is now 7ft while no one else has grown at all, and can see I’ll have to explore Poldark Geography next.

In other news, the mine faces ruin (again), Drake’s smithy burned down (again), the poor are dying of starvation (again), a bank faces ruin (again) and George is plotting against Ross (again). Given the characters were so surprised by these events, it does make you wonder: haven’t they worked out what show they’re in yet?