So, welcome back, Monsieur Poirot, and I must say you are keeping us on our toes. You are still Belgian, still a dandy, still the smartest person in the room, but on your last outing you were David Suchet with that fine waxed black moustache and now you are John Malkovich with a grey goatee. Zut alors!

We had been warned, Monsieur, that the Agatha Christie purists would likely take umbrage with this adaptation of The ABC Murders by Sally Phelps. A grey goatee? Whatever next? A back story that was never in the books? An anti-Brexit sentiment running throughout? An accent that is only just there? Hints that you are a repressed gay? (Although, if you don’t mind me saying, I have always had my suspicions. Not news to me. Just come out, man, and be done with it!) Yes, Phelps has included all this too, but speaking as a non-purist, Monsieur, as long as there is no snowbound hotel or it turns out everyone did it – I think this happened to you once on a train, Monsieur – I am happy. The plot did go right off the rails at the end, Monsieur, but I think you’ll agree purists can’t take umbrage as it just wouldn’t be a Christie if it didn’t. 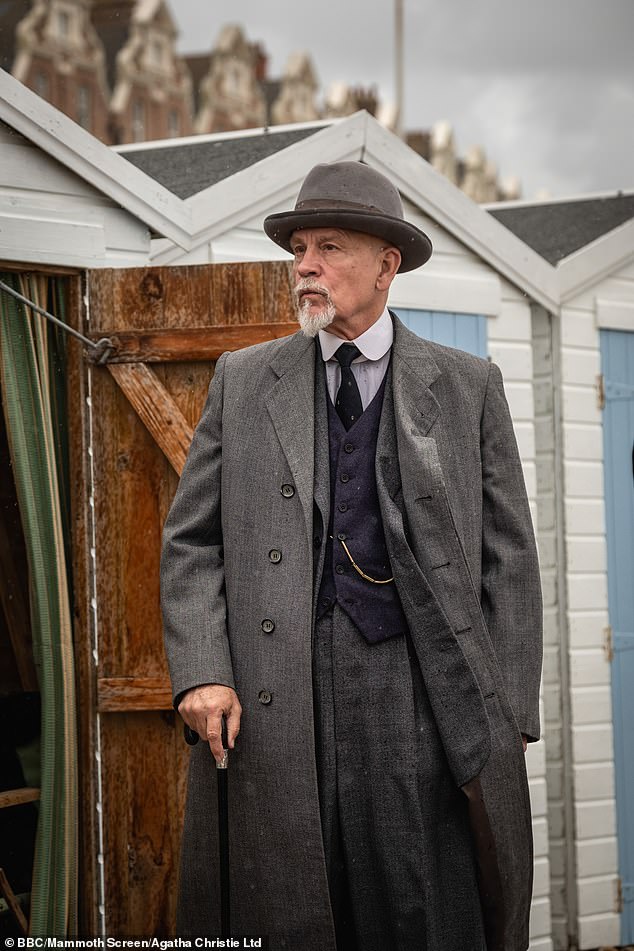 Where did we find you, Monsieur? We found you in 1933, living in Paddington, London, all alone. You are washed up, pretty much. You were once a big celebrity but those days are over, and this is now an England where fascism is on the rise, so you are often dismissed as ‘a little foreigner’. But then a serial killer starts sending you anonymous letters announcing, in alphabetical order inspired by the ABC Railway Guide, where around the country his next victim will be found. You have no one to talk to aside from your old friend, Inspector Japp (Kevin McNally), who invited you round for ‘ham’ but then dropped dead on his allotment. You must now deal with Inspector Crome (Rupert Grint), who treats you with the kind of contempt that may transform into a begrudging respect by the end? Who is to say?

The killer? This is Alexander Bonaparte Cust (a terrific Eamon Farren). Or is it? He’s a stocking salesman who lives in seedy lodgings where the seedy landlady pimps her own daughter. The daughter hums Somewhere Over The Rainbow, which is interesting given it wouldn’t be written until three years later. (I too have an eye for detail, Monsieur!) Yet this was gripping, Monsieur, and not your usual Christie, as the characters had psychological heft and weren’t just suspicion bait. Tara Fitzgerald, who played the dying wife of one of the victims, hasn’t been this good at dying since she was Aunt Reed in Jane Eyre, while Andrew Buchan, as her brother-in-law, was sublime. 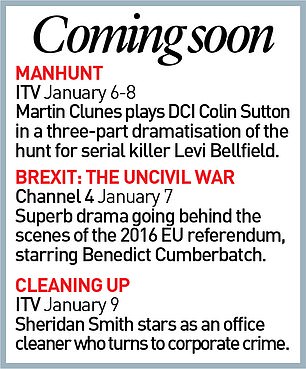 As for you, I am sure you were worried about Malkovich playing your good self, as were so many, but he brought an enigmatic intensity and captured your loneliness as well as your traumatising back story as never mentioned in any of the books. This did go off the rails at the end, somewhat homoerotically, but I have to say I didn’t see the twist coming at all. It was nice to see you again, Monsieur, and I’m glad we saw you decide to stop dyeing your goatee black. Tom Jones also did that and he’s never looked back.

Elsewhere, Monsieur, there was ITV’s Christmas Day offering, a biopic of Torvill & Dean. All a bit after your time, Monsieur, but trust me when I say we all remember their performance at the Olympics in 1984 and have all speculated about their relationship. Also, Monsieur, ice dancing is the only sport I ever follow, I’m not sure why. It may well be in the secret hope they’ll fall over. Not proud of that, Monsieur, but might as well tell the truth, as you’ll only get it out of me anyway.

This was, Monsieur, a prosaic, clunky telling featuring simplistic psychology. If it is to be believed, then Christopher (Will Tudor) was solely driven by the anger he felt towards the mother who left him. Quite where this left the motivation of Jayne (Poppy Lee Friar) was anyone’s guess. She seemed merely limp.

It was a chronological trudge with no weaving of personal details in and out of the narrative. I didn’t even know Christopher was due to go down the mines, like his father, until he said, ‘I am not going down the mines! Like my father!’ Or words to that effect. The skating was necessarily obfuscated, which is fair enough, and the Bolero was a montage of real footage, which was also fair enough, but you never felt what it was like to be in their skates. As for the romance, Monsieur, we are none the wiser. It was on the cards, then wasn’t? Was that it? Now all that’s left to say is Happy New Year, Monsieur, and I’ll see you on the other side. But not on a snowbound train, I hope.